New York, NY, February 3, 2020—The Vilcek Foundation has announced the winners of the foundation’s 2020 prizes, totaling $600,000. This year’s prizes recognize the career achievements and creative promise of foreign-born innovators in the sciences, arts, and humanities. The Vilcek Prizes are an extension of the foundation’s mission to raise awareness of immigrant contributions to the arts, culture, and scientific discoveries in the United States. This year’s prizes comprise the Vilcek Prize in Literature, the Vilcek Prize in Biomedical Sciences, the Vilcek Prize for Excellence, and a total of six Creative Promise Prizes in science and literature.

“As we enter the Vilcek Foundation’s twentieth year of operation, it is humbling to reflect on how the Vilcek Prizes have enabled us to fulfill our mission across two decades,” says Rick Kinsel, president of the Vilcek Foundation. “The growth and expansion of our prize program over time, and the ongoing success of our prizewinners, is a testament to the importance of our foundation’s approach, which celebrates our nation’s diversity and the value of immigrants’ contributions to the United States.” Kinsel noted, “This year’s presentation of the Vilcek Prize for Excellence for the Administration of Justice recognizes leadership and public service in support of immigrants at a moment in time when advocacy upholding civil rights in the United States is most necessary.”

The 2020 Vilcek Prize in Literature is bestowed upon Edwidge Danticat. Born in Port-au-Prince, Haiti, Danticat in her work surveys intersecting themes of national and cultural identity, immigration and diaspora, women’s experiences, and Haitian American lives. She has written more than 15 books, including the memoir Brother, I’m Dying, which won the National Book Critics Circle Award for Autobiography in 2008; Krik? Krak!, a collection of short stories and a finalist for a 1995 National Book Award; as well as Breath, Eyes, Memory; The Farming of Bones; and The Dew Breaker. In 2009, she was awarded a MacArthur Fellowship, and in 2018 she voiced the Creole audio resource of the ACLU’s “We Have Rights” campaign—which provides information to immigrants who face unexpected visits by ICE officials.

The 2020 Vilcek Prize in Biomedical Science is being awarded to Xiaowei Zhuang, the David B. Arnold Jr. Professor of Science and Howard Hughes Medical Institute Investigator at Harvard University. Born in Jiangsu Province, China, Zhuang developed methods to directly observe individual molecules in cells at high resolution and at genomic scale. She invented STORM, a super-resolution imaging method that surpasses the diffraction limit of conventional light microscopy and enables light microscopy at molecular-scale resolution. Using STORM, Zhuang has unveiled novel structures in cells, such as a periodic membrane skeleton in neurons, which provides a platform for signal transduction and lends mechanical stability. Zhuang invented a single-cell transcriptome and genome imaging method, MERFISH, which allows thousands of genes to be simultaneously imaged and quantified in individual cells. MERFISH is a key tool in the Human Cell Atlas project—an international effort aimed at cataloguing cell types that constitute humans. The Vilcek Prize in Biomedical Science includes a cash award of $100,000.

The Vilcek Prize for Excellence is the newest addition to the Vilcek Foundation’s prize program, inaugurated in 2019. The prize was developed with the intention to recognize persons whose career and personal achievements are aligned with the core values of the Vilcek Foundation. It may be awarded to immigrants whose professional work has had a profound impact on society and culture, or to individuals of any national origin who have devoted their life’s work to supporting immigrants’ rights in the United States. Candidates are chosen by Jan and Marica Vilcek—cofounders, chairman and vice chairman of the Vilcek Foundation, and approved by the foundation’s board.

The 2020 Vilcek Prize for Excellence is being awarded to the Honorable Robert A. Katzmann. Judge Katzmann is the chief judge of the U.S. Court of Appeals for the Second Circuit. Born to a father who fled Nazi Germany and a mother from an immigrant family, Judge Katzmann has long been aware of the role the courts play in the lives of immigrants, as well as the transformative effects of citizenship and legal status. Early in his judicial career he observed the widespread lack of competent representation for non-citizens—especially among those in need, and the adverse impact on their cases’ outcomes. Judge Katzmann inspired the formation of a Study Group on Immigrant Representation, from which emanated several pathbreaking initiatives. In 2014, Judge Katzmann spearheaded the creation of the Immigrant Justice Corps; the Immigrant Justice Corps, a not-for-profit organization, is the United States’ first fellowship program to train recent law school graduates to provide high-quality legal assistance to immigrants in need. The recipient of the Vilcek Prize for Excellence receives a commemorative award and an unrestricted cash prize of $100,000. In accepting the Vilcek Prize for Excellence, Judge Katzmann declined the cash prize. The Vilcek Foundation will honor Judge Katzmann’s request to donate the prize money to a not-for-profit organization that provides direct services to immigrants in need in the United States.

The Vilcek Prizes for Creative Promise are awarded to young immigrant scientists and artists in the United States whose early career work represents a profound advance in their respective fields. Each Creative Promise Prizewinner receives a cash prize of $50,000.

The three winners of the 2020 Vilcek Prizes for Creative Promise in Literature are Yaa Gyasi, Valeria Luiselli, and Jenny Xie.

Yaa Gyasi is a novelist and the author of Homegoing, a novel exploring family ancestry, the impact of the transatlantic slave trade, and generational trauma. Homegoing has been lauded for its intimate portrayal of the experiences of persons in the Ghanaian and black diasporas. It won the National Book Critics Circle’s John Leonard Prize for best first book and the American Book Award in 2017. Gyasi was born in Mampong, Ghana.

Valeria Luiselli is the author of the award-winning novels Faces in the Crowd and The Story of My Teeth, and the essay collections Sidewalks and Tell Me How It Ends: An Essay in Forty Questions. Her 2019 novel Lost Children Archive was longlisted for the Booker Prize and the Women’s Prize for Fiction, and was shortlisted for the Simpson Literary Prize. Luiselli is a finalist for the Carnegie Medal for Excellence in Literature and the recipient of a MacArthur Fellowship. Luiselli was born in Mexico City and grew up in South Korea, South Africa, and India.

Jenny Xie is a poet and professor. Her writing explores perception and the boundaries of selfhood, and how those themes entangle with larger questions about power, language, and the unseen. Her chapbook Nowhere to Arrive won the 2016 Drinking Gourd Poetry Prize, and her debut collection, Eye Level, received the 2017 Walt Whitman Award of the Academy of American Poets, and was finalist for the National Book Award. Xie was born in Anhui, China.

Kivanç Birsoy, Chapman Perelman Assistant Professor at The Rockefeller University, has fashioned tools to probe the complex metabolism of cancer cells. Using a molecular tool called CRISPR, Birsoy demonstrated how mitochondria—the powerhouses of animal cells—support tumor growth. He found that the synthesis of the amino acid aspartate rather than energy generation is key to mitochondria’s ability to fuel tumors. His work has identified altered tumor metabolism as a potential therapeutic target in cancer. Birsoy was born in Izmir, Turkey.

Viviana Gradinaru, Professor of Neuroscience and Biological Engineering at The California Institute of Technology, has developed advanced tools in optogenetics—an approach that uses light to control brain cells—to unearth deep insights into the brain. She has engineered vehicles for gene therapy that—in rodents—cross the blood-brain barrier and deliver target genes to the brain. Gradinaru also developed a tissue-clearing technique called PARS-CLARITY to render the entire body of a rodent transparent for fine-scale visualization and mapping of circuits as well as gene expression analysis. Gradinaru was born in Vaslui, Romania.

Martin Jonikas, Assistant Professor of Molecular Biology at Princeton University, has used molecular biology to advance the single-celled green alga Chlamydomonas as a widely used model for photosynthesis—a biochemical process at the heart of global food production. Jonikas and his colleagues have unraveled the molecular makeup, structure, and assembly of pyrenoids—cellular compartments in photosynthetic organisms that can absorb carbon dioxide. This work could aid efforts to engineer pyrenoids into other species—paving the way toward environment-friendly food production and helping to combat climate change. Jonikas was born in Paris, France.

The recipients of the Vilcek Prizes in Literature, Biomedical Science, and the Creative Promise Prizes are selected by panels of experts identified by the foundation’s staff. All of the prizewinners will be celebrated and presented with their awards at the Vilcek Foundation Prizes Gala in New York in April 2020. 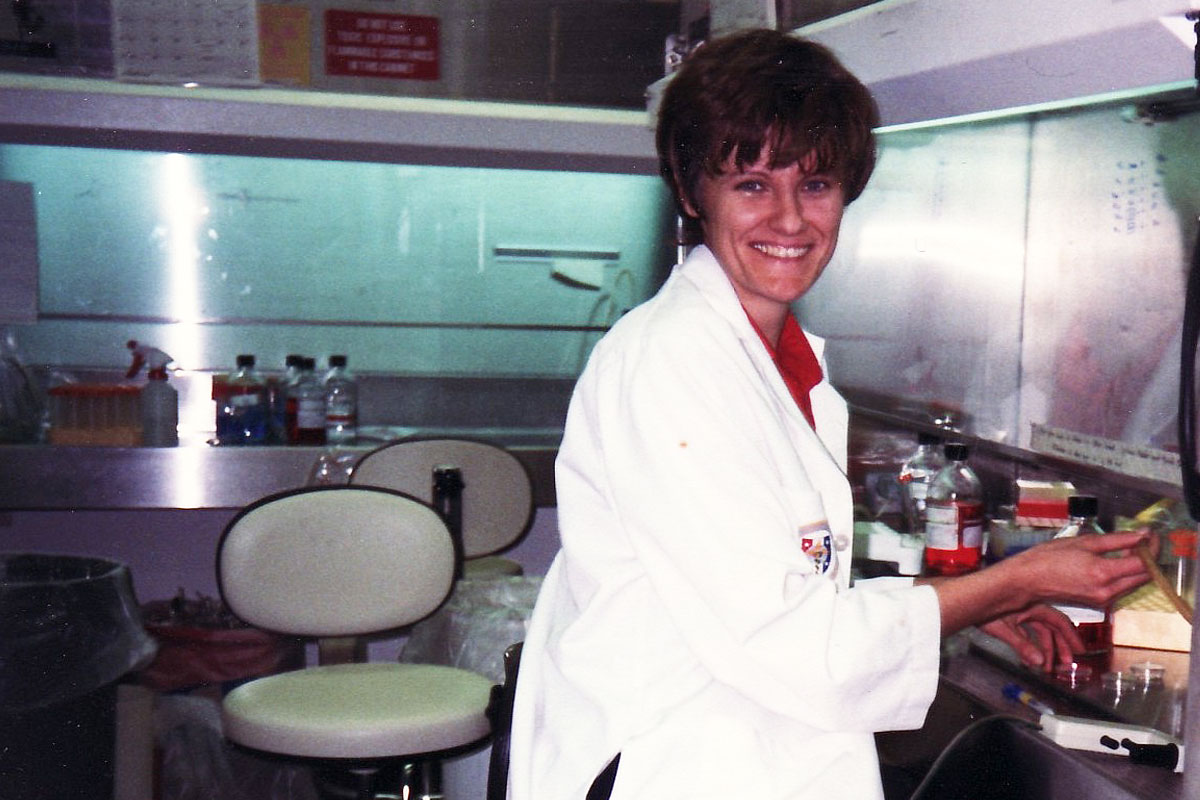 Dinaw Mengestu receives the Vilcek Prize for Creative Promise in Literature for his celebrated writings that explore the themes of alienation and human connection among immigrants in America. 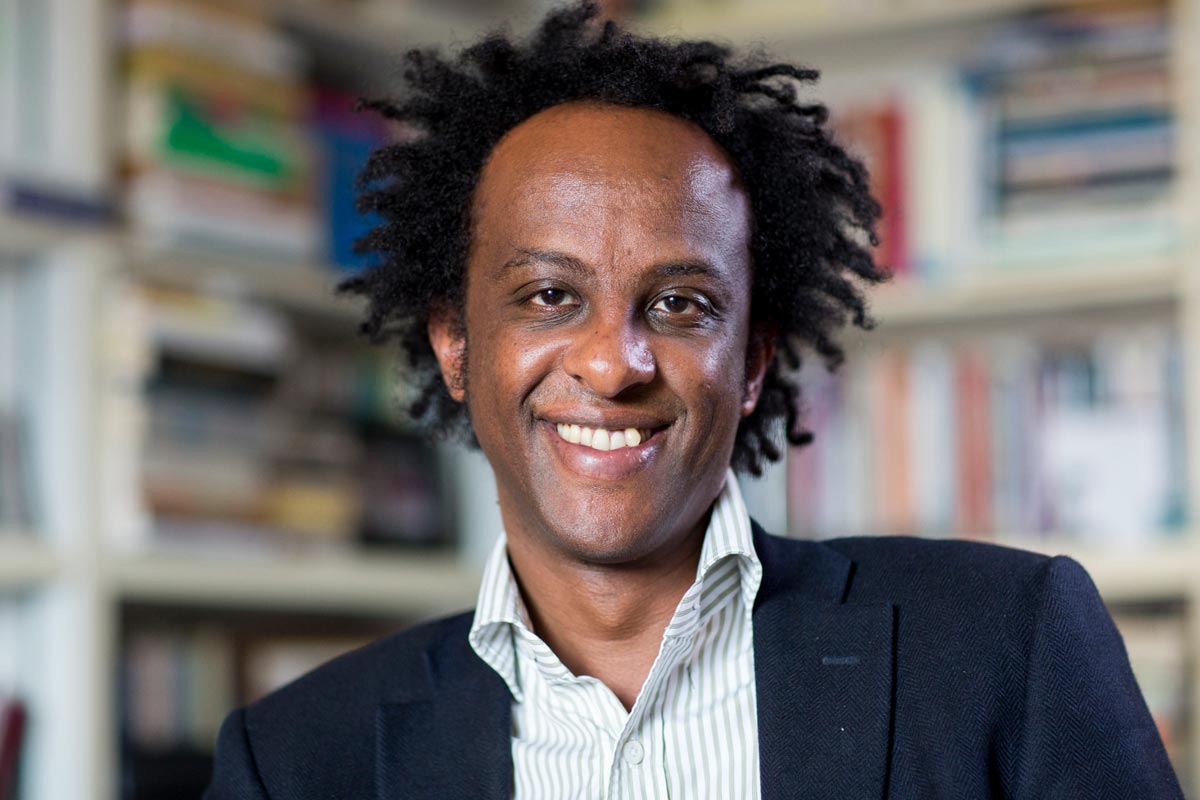