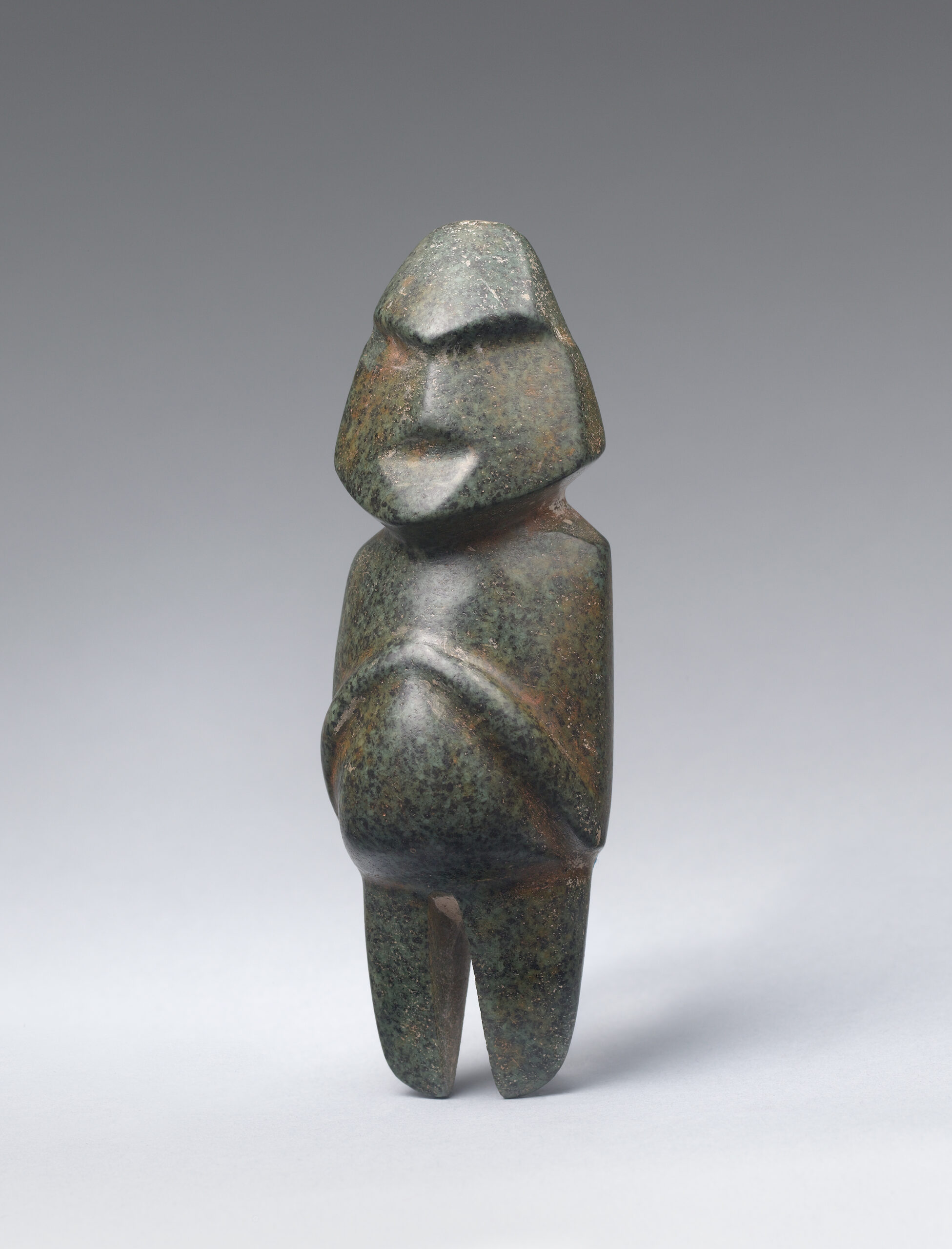 Mezcala standing figures typically feature an elongated and oblong shape that suggests the figures were recycled from celts, or hand axes. This work, carved and polished from an unknown mottled green stone, has abstract facial features typical of the Mezcala style, including a flat (or in this case rounded) head, prominent eyebrows, slight nose, and cuts indicating a mouth, chin, and ears, while the earlier blade has been cut deep to create the legs. Perhaps most notable is that this figure further has its arms across a large abdomen, which may reveal it represents pregnancy, fertility, or a pregnant individual.

Most Mezcala and Chontal works are associated with burial sites that have been looted in the past, making systematic scientific study quite difficult. However, archaeologists continue to excavate these sites, along with other spaces such as the templo mayor, or major temple, of the Mexica in what is now Mexico City. Such objects were also ritualistically buried under the foundation of this major pyramid, revealing that even centuries after their manufacture, these objects were venerated and traded widely throughout the Mesoamerican world. 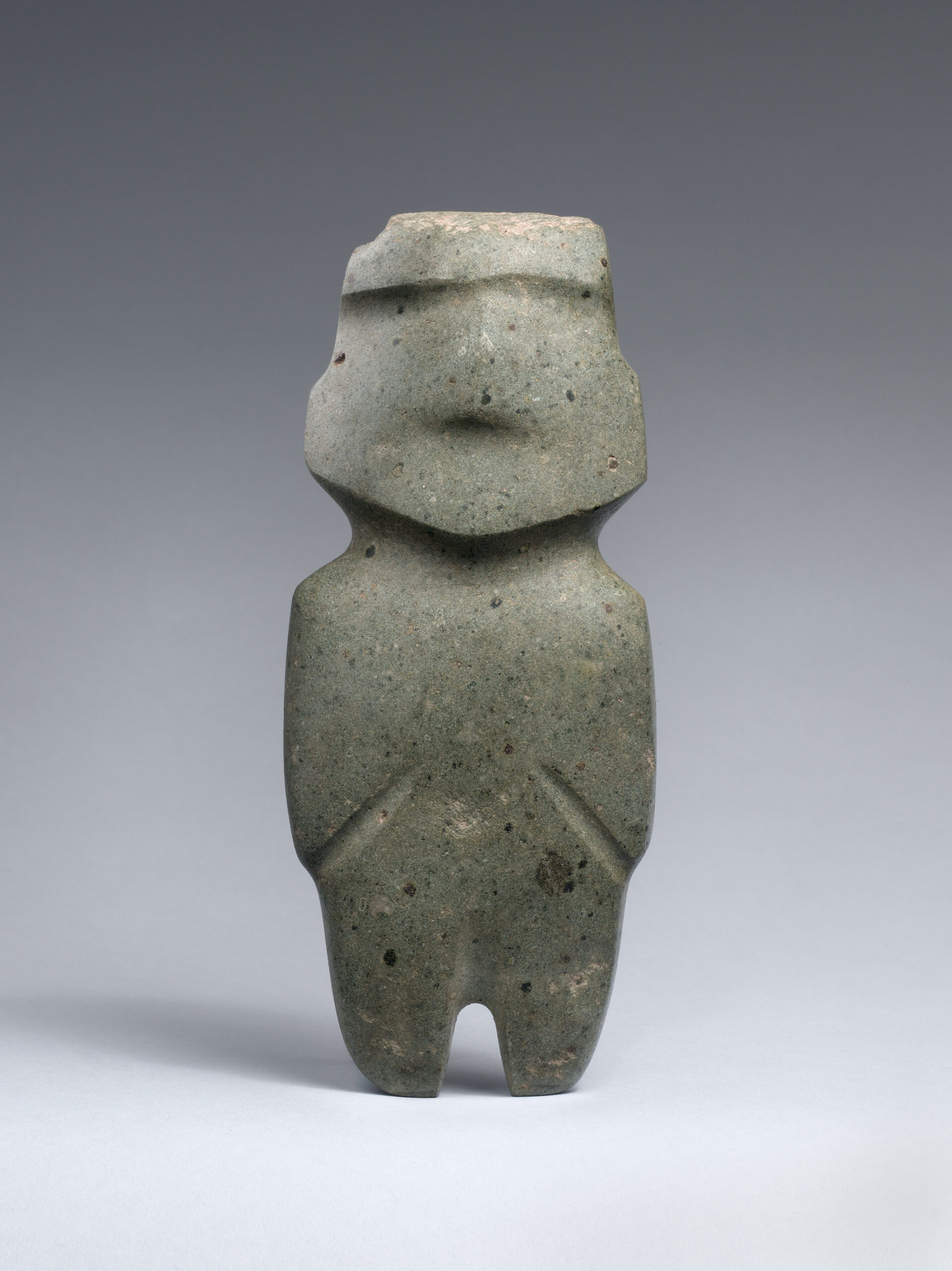 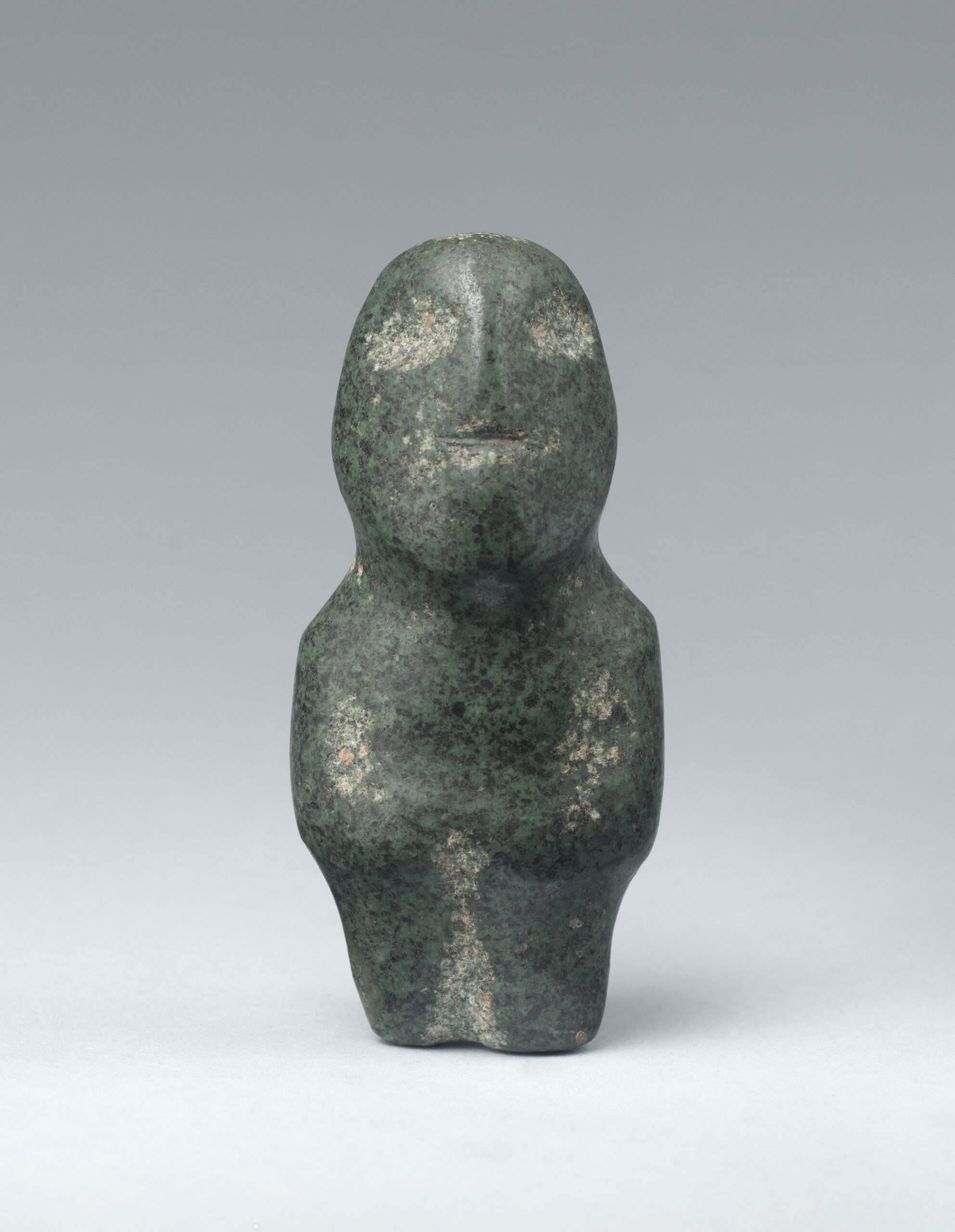 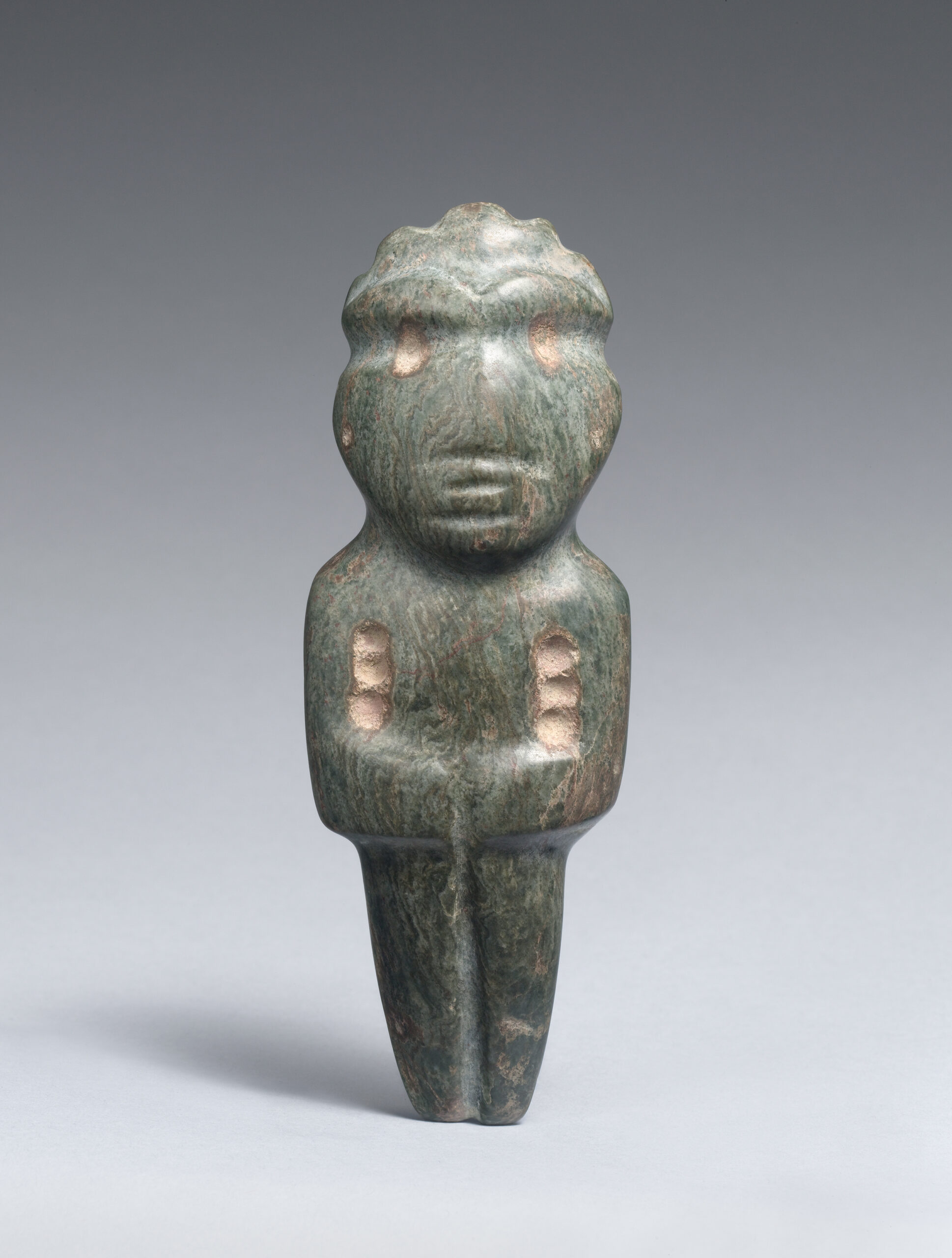 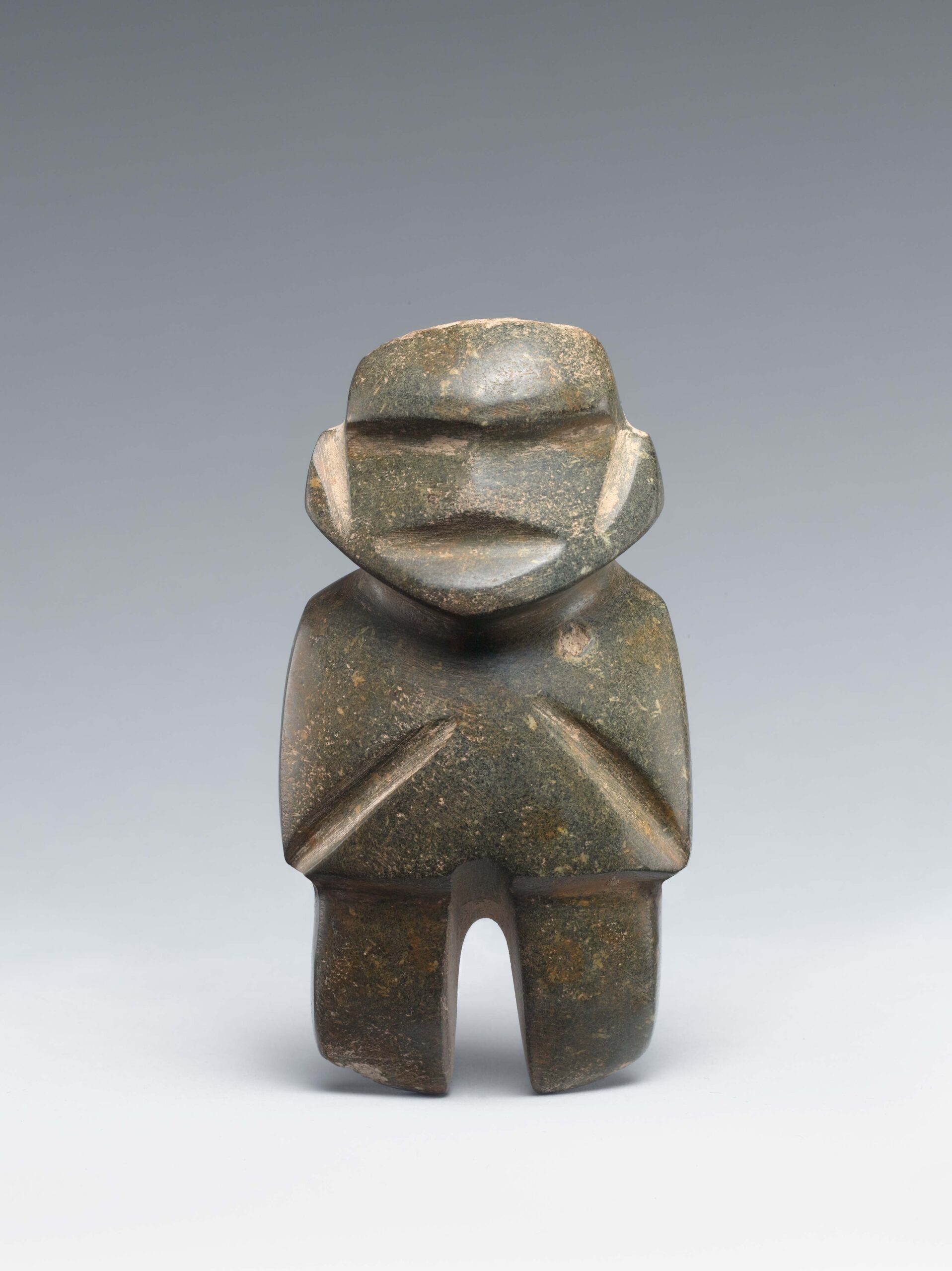 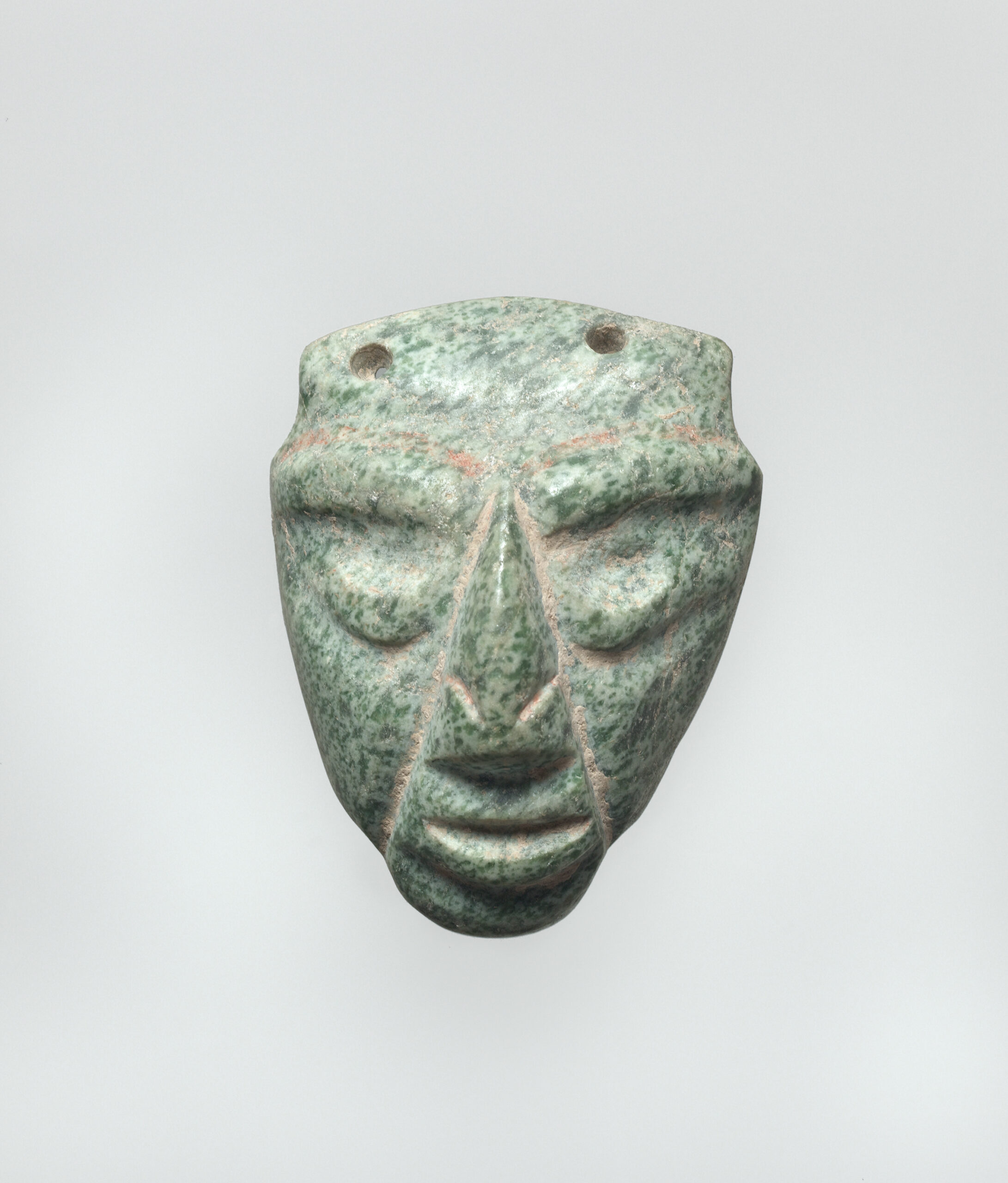 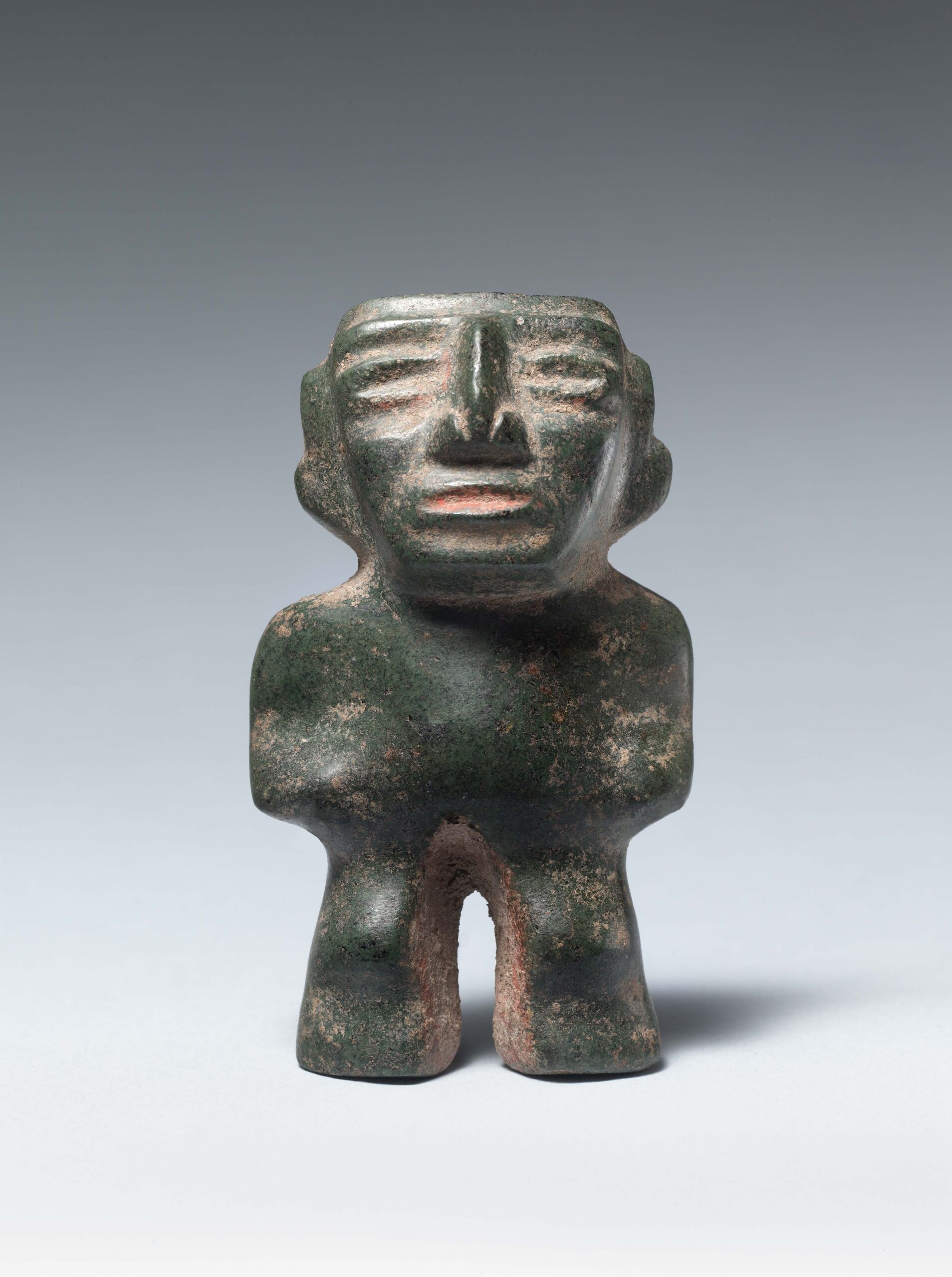 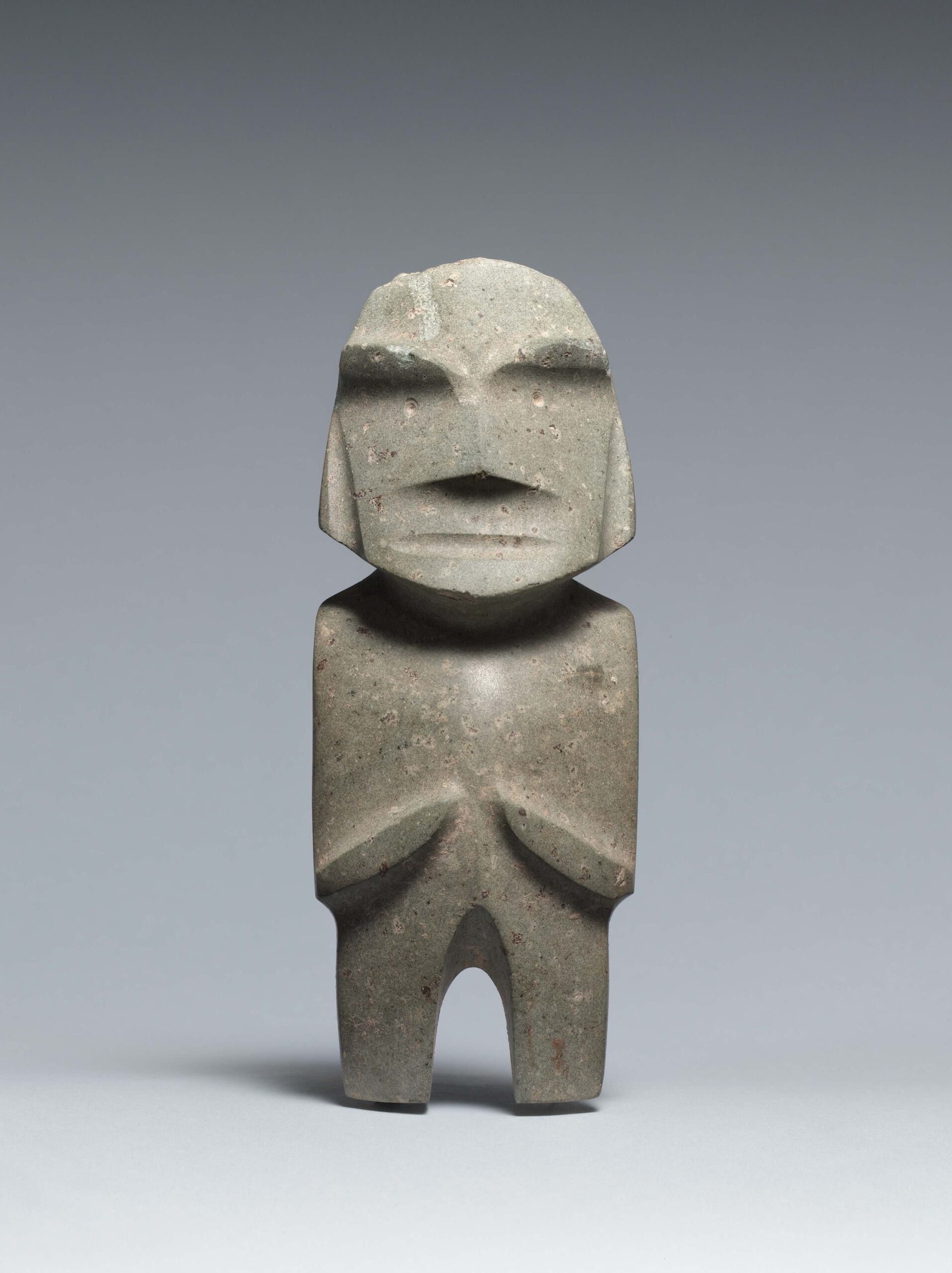 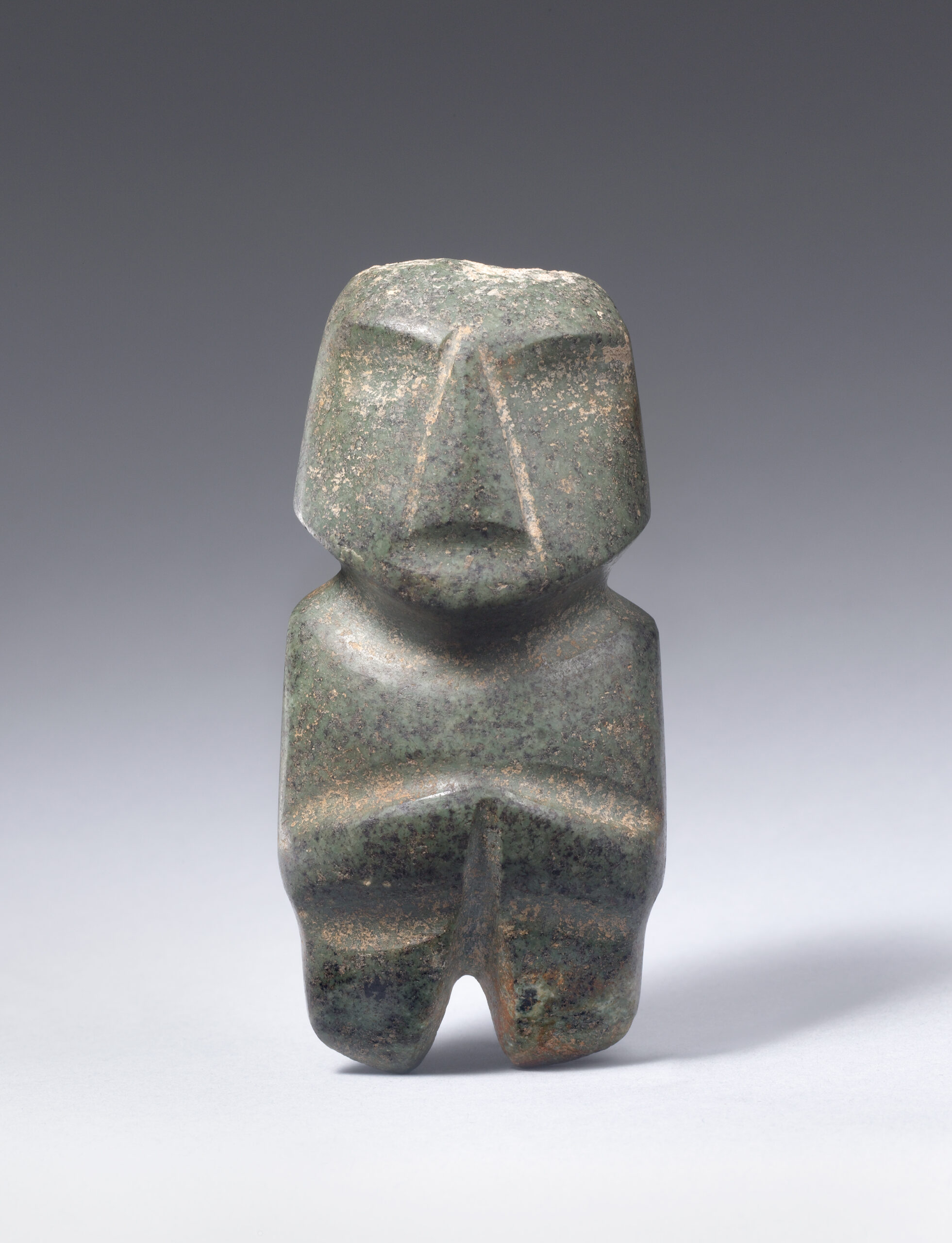 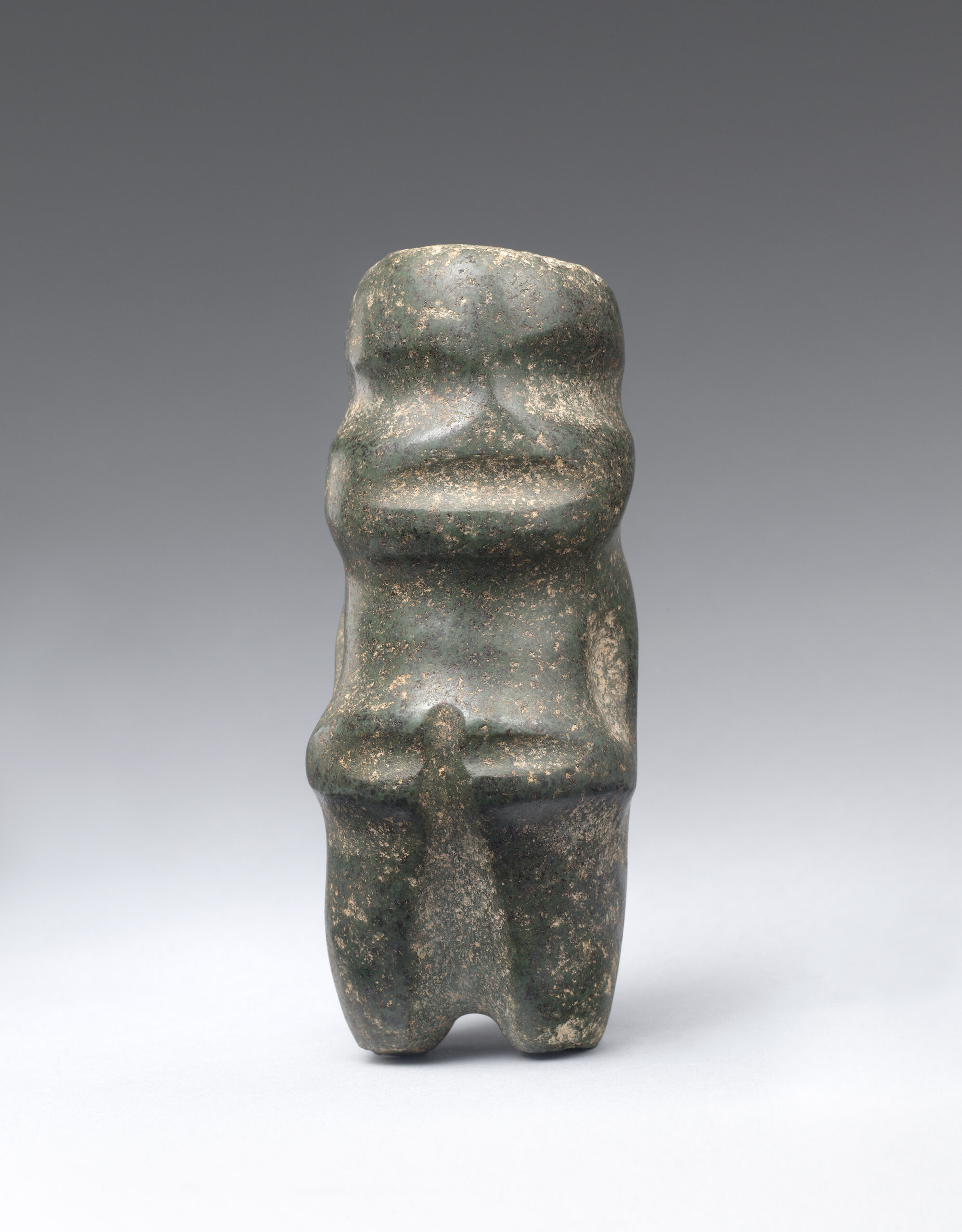 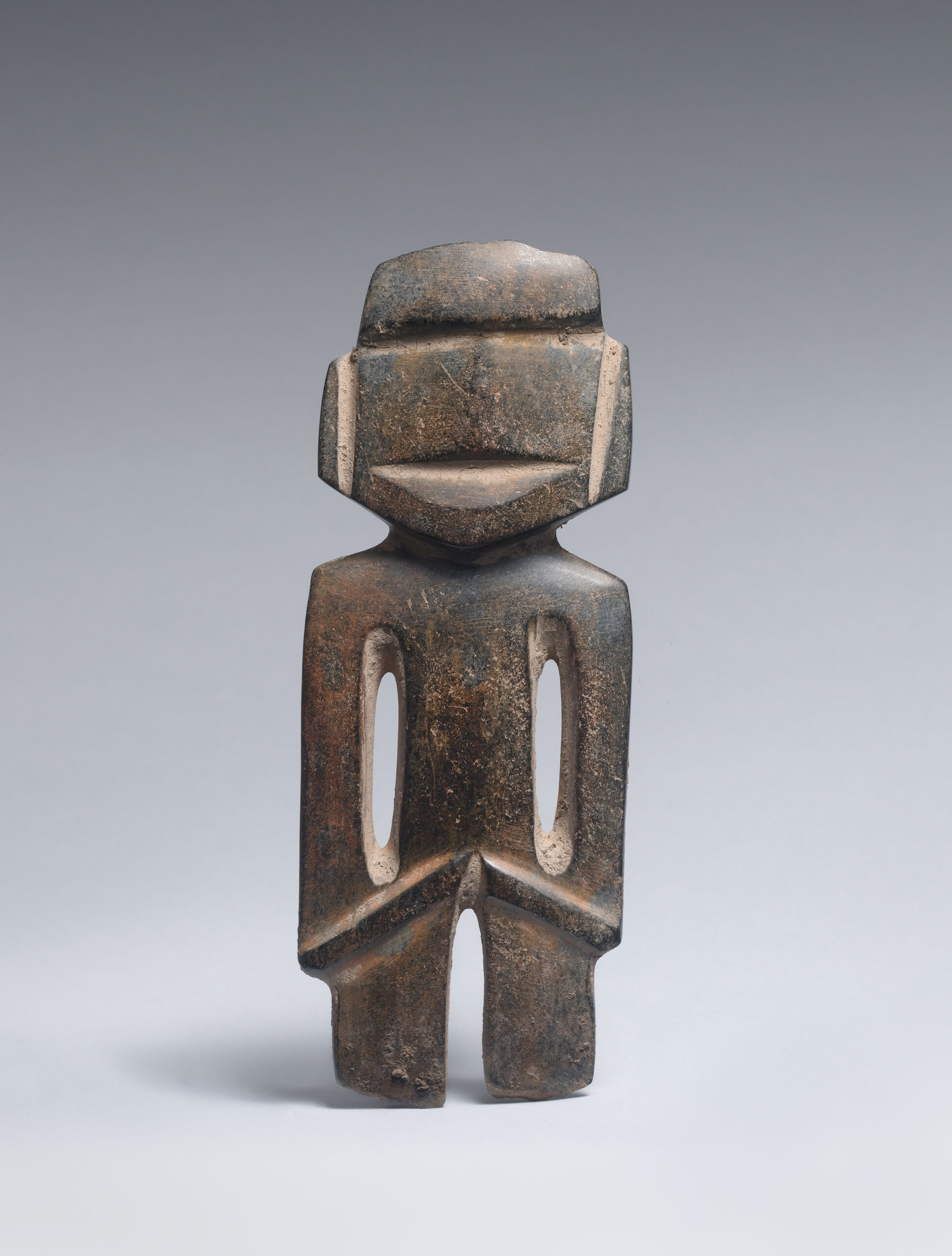 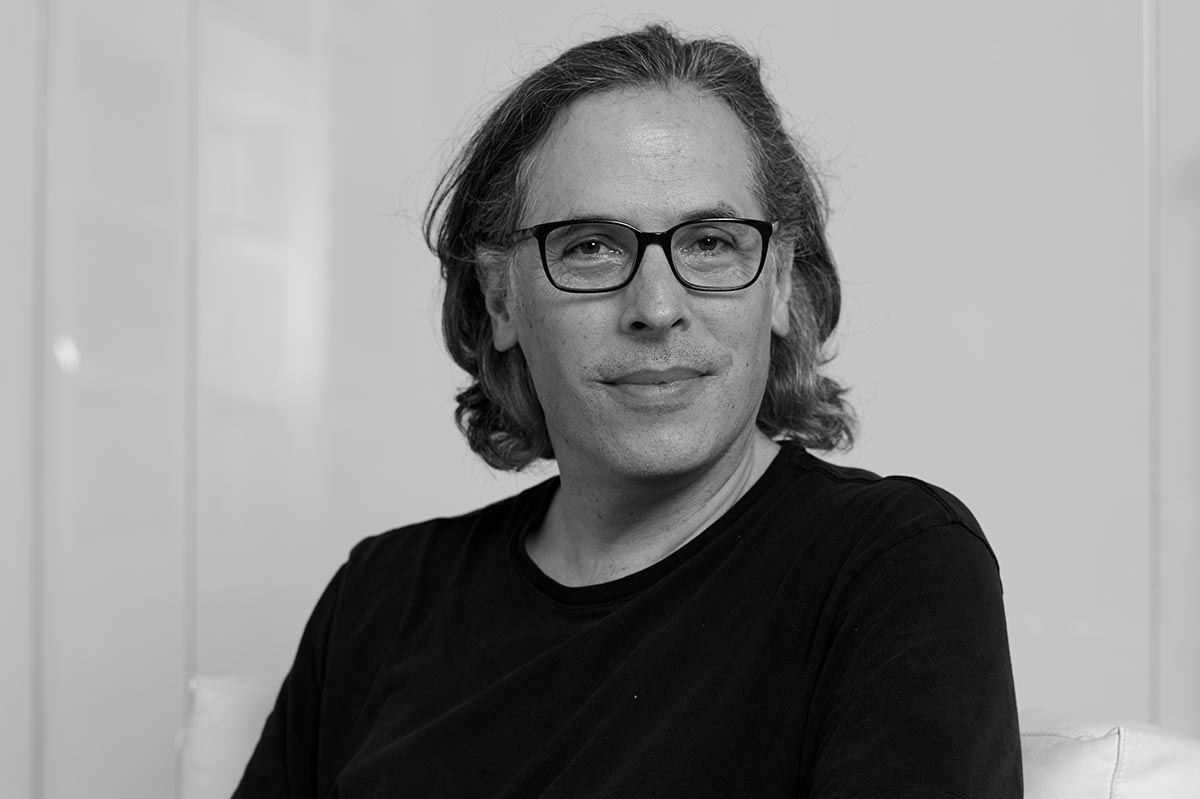 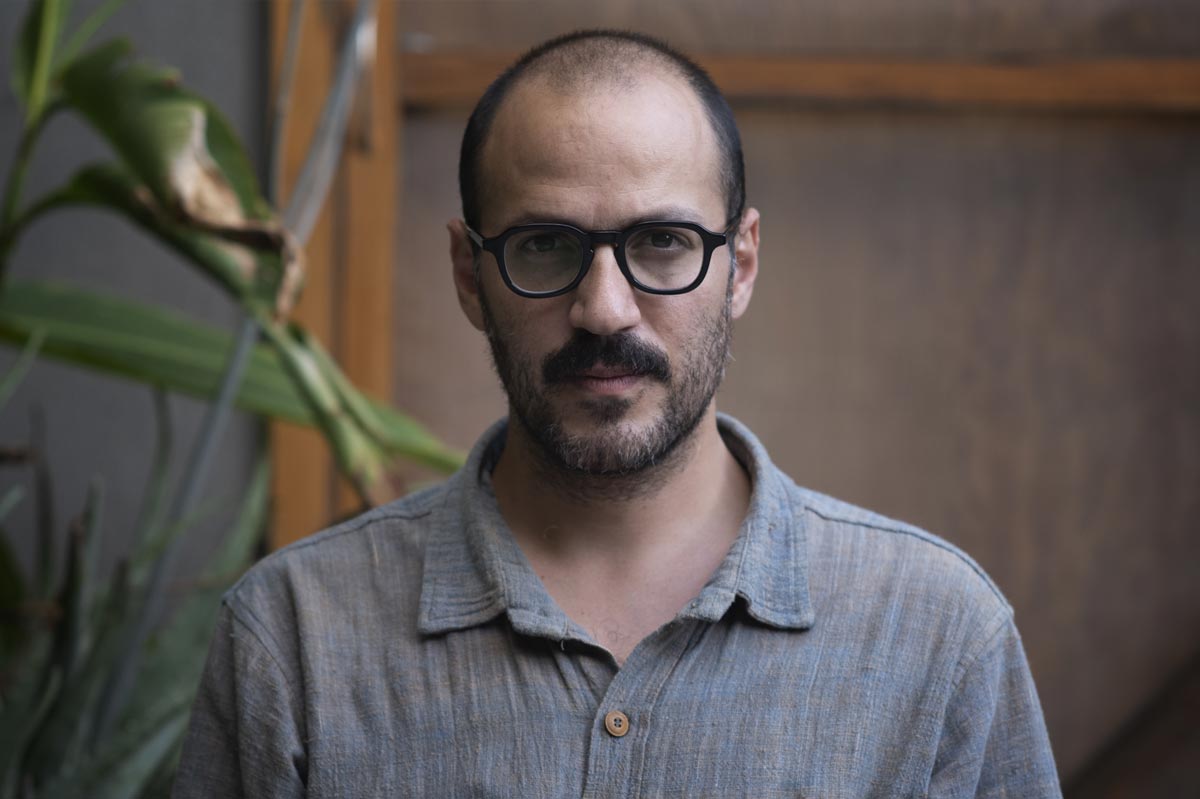