Angelika Amon’s outstanding career as a geneticist could be said to have started during her high school years. In a science class in her native Austria, a teacher showed an old black-and-white movie clip of a plant cell in mitosis, the process by which cells divide. Struck by its beauty, the future Vilcek Prizewinner decided to pursue molecular and cell biology during her undergraduate and postgraduate studies at the University of Vienna.

She was so enamored that, upon learning a new laboratory on cell division was being established, Angelika decided she would see it for herself. She took the tram to the lab’s site, knocked on the door unannounced, and, without ceremony, asked for a student position. “At that time, I was so naïve,” Angelika says. 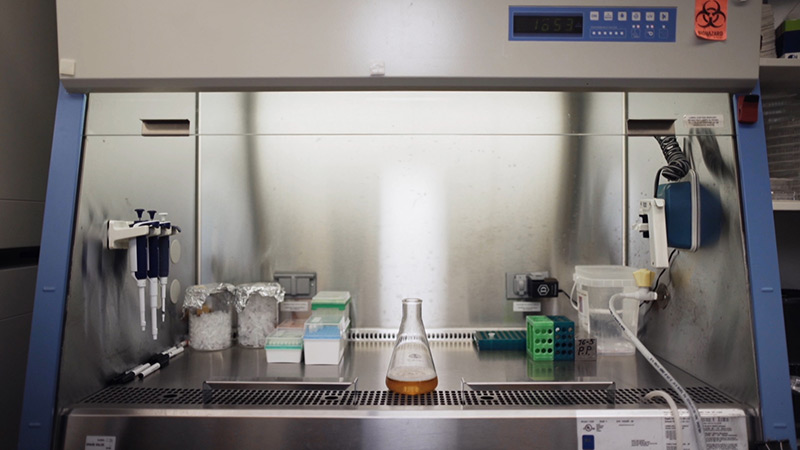 The laboratory was in Vienna’s renowned Institute of Molecular Pathology, and the principal investigator was the recently arrived English geneticist Kim Nasmyth, among the world’s foremost authorities on the genetics of cell division. “To this day, I’m still convinced Kim only took me into his lab because he wanted to learn German,” Angelika says, only half joking.

Kim’s proficiency in German may well have improved, but it is undeniable what Angelika contributed to his lab’s output, first as a master’s candidate and then as a doctoral student. While at IMP, she used yeast organisms to uncover the logic that ensured orderly progression through the cell cycle, as living cells go through the process of replicating their genetic material, dividing its contents, and splitting into two separate entities.

“We showed how the cell cycle is interconnected,” Angelika says, “and how one cell cycle phase sets up the next one.” In a paper published through Kim’s lab, Angelika demonstrated that in order for cells to exit mitosis, they first had to degrade proteins called cyclin, the initial triggers that induce cell division; she also identified other cues that prompt stages to start and finish, like a tightly run production schedule.

After completing her doctorate, Angelika set sail for the U.S. for a postdoctoral fellowship with geneticist Ruth Lehmann, then at the Whitehead Institute; she admired Ruth’s elegant papers and was excited by the possibility of working with a female role model at a time when there were few in the sciences.

Halfway through her fellowship, Angelika was offered the prestigious Whitehead fellowship for young scientists. It allowed Angelika to strike out on her own, and she continued to display an uncanny insight into the processes of cell division, in time identifying various enzymes, networks, and spacial signals that regulate the process of mitosis.

Having uncovered the incredibly precise mechanisms governing cell division, Angelika then turned her attention to what happens when these signals get crossed. By then, she had been appointed as a faculty member of MIT’s Koch Institute for Integrative Cancer Research, and she was struck by the paradox found in human cancer cells: It was long known that cancer cells are aneuploid—a state that occurs when errors during division cause cells to harbor an incorrect number of chromosomes. In healthy cells, such a state is typically lethal, or it results in diseases such as Down syndrome. 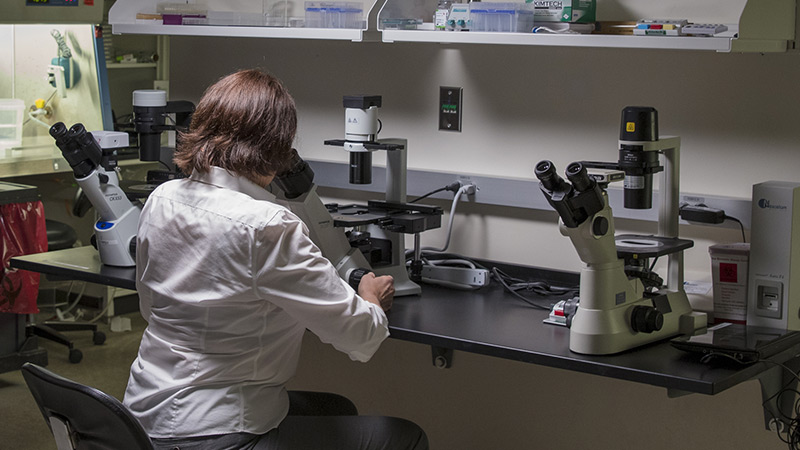 For cancer cells, however, aneuploidy did not hamper their ability to divide and proliferate. In order to understand the impact of aneuploidy, Angelika built yeast models to parse out its effects. What she found was that aneuploidy caused a variety of gene-specific effects, depending on which chromosomes had been corrupted. These effects were manifold, but Angelika found that some aneuploidies could be beneficial for cancer cells, through an intricate interplay with other tumorigenic factors.

Even more breathtaking, however, was the characterization of universal stresses created by aneuploidy. “Cancer cells are all aneuploid, so these stresses that we see in aneuploidy could be an Achilles’ heel,” Angelika says. And indeed, her lab was able to devise chemical compounds that identified and destroyed aneuploid cells while leaving euploid cells intact. Later, her lab found that aneuploid human cells trigger an innate immune response, something that cancer cells had adapted to avoid, opening more possibilities for targeted cancer treatments.

Although these discoveries hold enormous potential, it was a while before the implications of Angelika’s research were taken seriously. For one, the field was resistant to the idea that aneuploidy reduced cellular fitness despite being a driver of cancer; then, there was the fact that she is a woman. “Over the course of my career, I’ve seen firsthand how much harder it is for women to convince the scientific enterprise that what they discovered is important,” Angelika says. 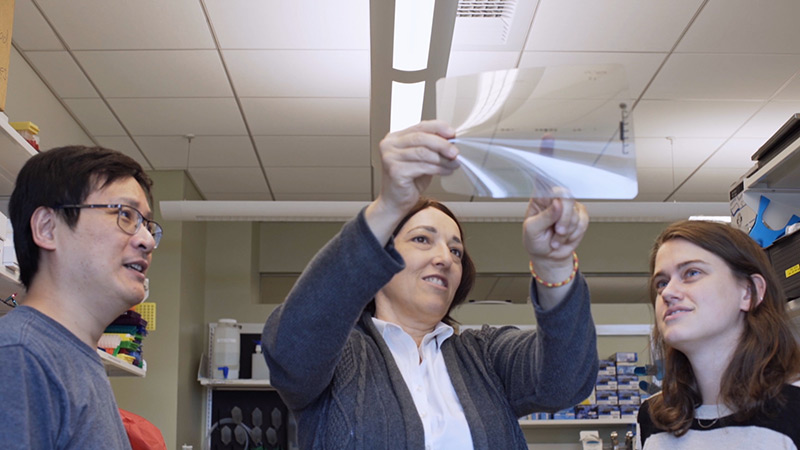 The field, however, has finally started to catch up: Among many other honors, Angelika was named a winner of the 2019 Breakthrough Prize, the recently established science mega-prize, as well as the 2013 Ernst Jung Prize for Medicine. She is a member of the American Academy of Arts and Sciences, the National Academy of Sciences, and the European Molecular Biology Organization, and holds a Howard Hughes Medical Investigatorship.

Remembering how formative it was to have a female role model, Angelika has taken up the mantle herself, earning further distinctions for her efforts: She received the Vanderbilt Prize in Biomedical Science, awarded to women scientists with exemplary records of research as well as mentorship, and the Women in Cancer Research Charlotte Friend Memorial Lectureship, presented to scientists who have furthered the advancement of women in the field.

Angelika is committed to helping her female colleagues, but she is quick to admit that while positive changes are needed, the U.S. has allowed her to accomplish many things that she could not have had she stayed in Austria. “What I love about the U.S. is that what counts is what you accomplish,” she says. “A lot of people pushed for me, but not because they owed my father a favor or were family friends, which is how things are done in Austria. They pushed for me because they thought I was talented.”