During blackouts in Port-au-Prince, Haiti, Edwidge Danticat’s aunt and grandmother would entertain the family by telling stories. The power of her elders’ oral histories and narratives captivated Edwidge: “It was one of the few times where the adults were truly joyful,” she recalls, “that’s when I thought I want to be a writer—to create for others that magic of a living story.”

Edwidge has become world renowned for her elegant prose exploring immigration, the Haitian diaspora, and mother-daughter relationships. Her work spans multiple genres, from memoirs, essays, and short stories to emotionally rich novels for both adults and young people. She is interested in exploring immigration and the complexities of family, particularly “how families are unmade and remade by immigration.”

The concept of families being unmade and remade by immigration is one that is personal to Edwidge. Born in 1969 during the dictatorial Duvalier regime, Edwidge and her younger brother were left in the care of her uncle and his wife while her parents sought to establish themselves in the United States. Her parents were undocumented upon their arrival in the United States, and it was eight years until Edwidge and her brother were reunited with them in New York.

Upon moving to the United States, Edwidge struggled to fit in. Beyond the hurdle of overcoming the adjustment to new family dynamics, a new city, culture, and language, Edwidge moved to New York at a time when she and other Haitians experienced increased stigmatization—due to the United States Centers for Disease Control and Prevention’s 1983 pronouncement that Haitians were at ‘increased risk’ for being exposed to and contracting HIV and AIDS. To cope with these multiple challenges, Edwidge immersed herself in schoolwork and reading, “I threw myself into a life of the mind,” she said. “I wouldn’t allow myself to be in pain. I just became very wrapped up with my studies.” 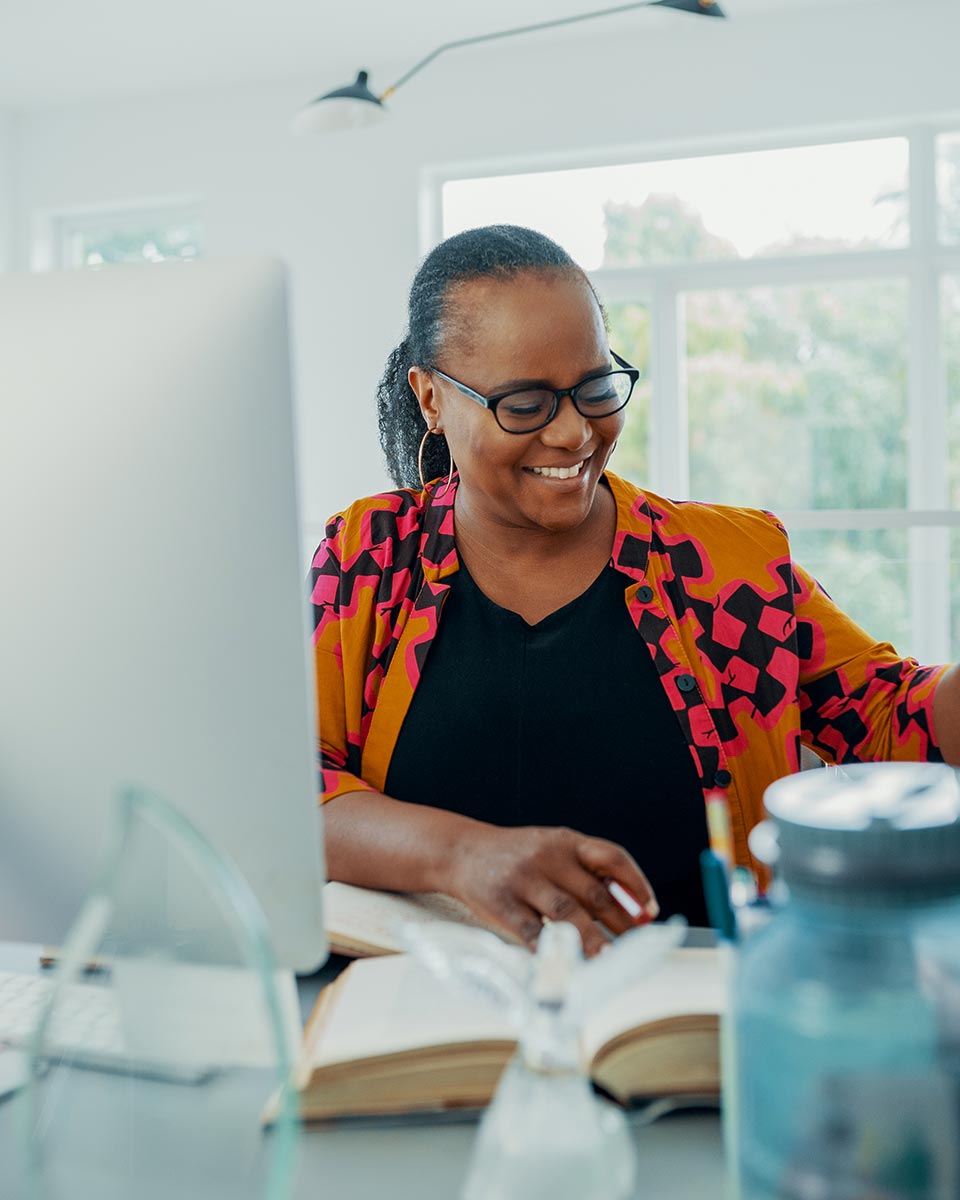 The Brooklyn Public Library was a source of sanctuary for Edwidge. Her father would take her to the library’s main branch on Flatbush Avenue, where she could find Haitian literature written in French. In high school, Edwidge became a voracious reader, consumed with the work of Haitian and Caribbean writers, as well as African-American writers such as Maya Angelou, Toni Morrison, James Baldwin, and Alice Walker. Edwidge also began writing for New Youth Connections—a newspaper written by high school students and distributed throughout New York City public schools. She gradually moved to fiction and began writing short stories—some of which would become part of her story collection, Krik? Krak!

Edwidge attended Barnard College, where she earned her B.A. in French Literature and Translation, before pursuing an M.F.A. in creative writing at Brown University in 1991. While at Barnard, she wrote many of the stories that would be part of Krik? Krak! —a 1995 National Book Award nominee. Her M.F.A. thesis at Brown, My turn in the fire, was the basis for her novel Breath, Eyes, Memory, which was a 1998 Oprah Book selection. 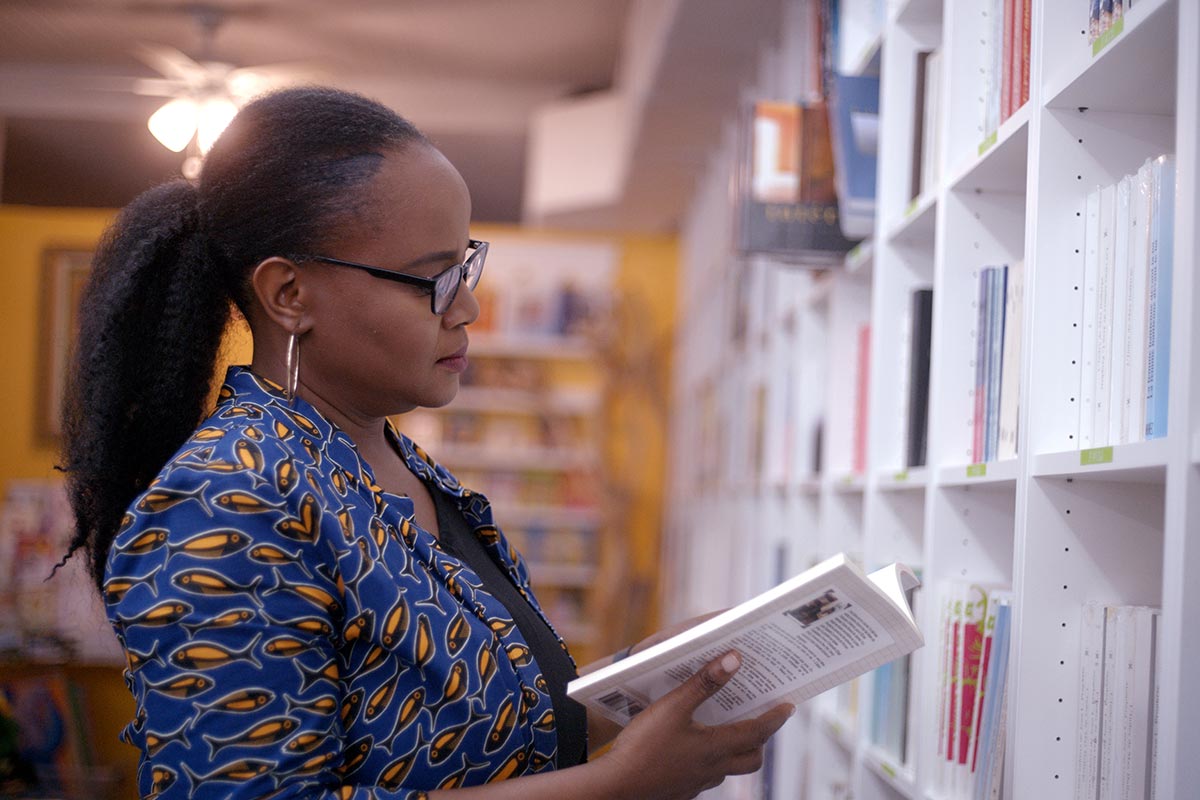 Edwidge’s own experience with immigration – including Edwidge and her family’s journey to the United States – inspired her to write articles, essays, and two books that directly address immigration detention and separation. Her memoir about her uncle’s death, Brother, I’m Dying, was a 2007 National Book Awards Finalist and the winner of the National Book Critics Circle for Autobiography. In October 2007, Edwidge testified before the House Subcommittee on Immigration, Citizenship, Refugees, Border Security on the issue of detainee medical care. Edwidge is the narrator for the Creole version of the American Civil Liberties Union’s “We Have Rights” video series, an immigrant empowerment campaign for individuals and communities threatened by Immigration and Customs Enforcement (ICE) raids and arrests.

“I see myself as a witness, an observer, a note taker, and an archivist, as much for my family as for the people who might want to scapegoat and stigmatize us,” says Edwidge. “I hope my work will broaden some people’s narrowing views about immigration and immigrants. I also hope that my writing will serve as a record for the next generations, as a marker of how we got here, and how we have contributed to, and built a life in this country.”