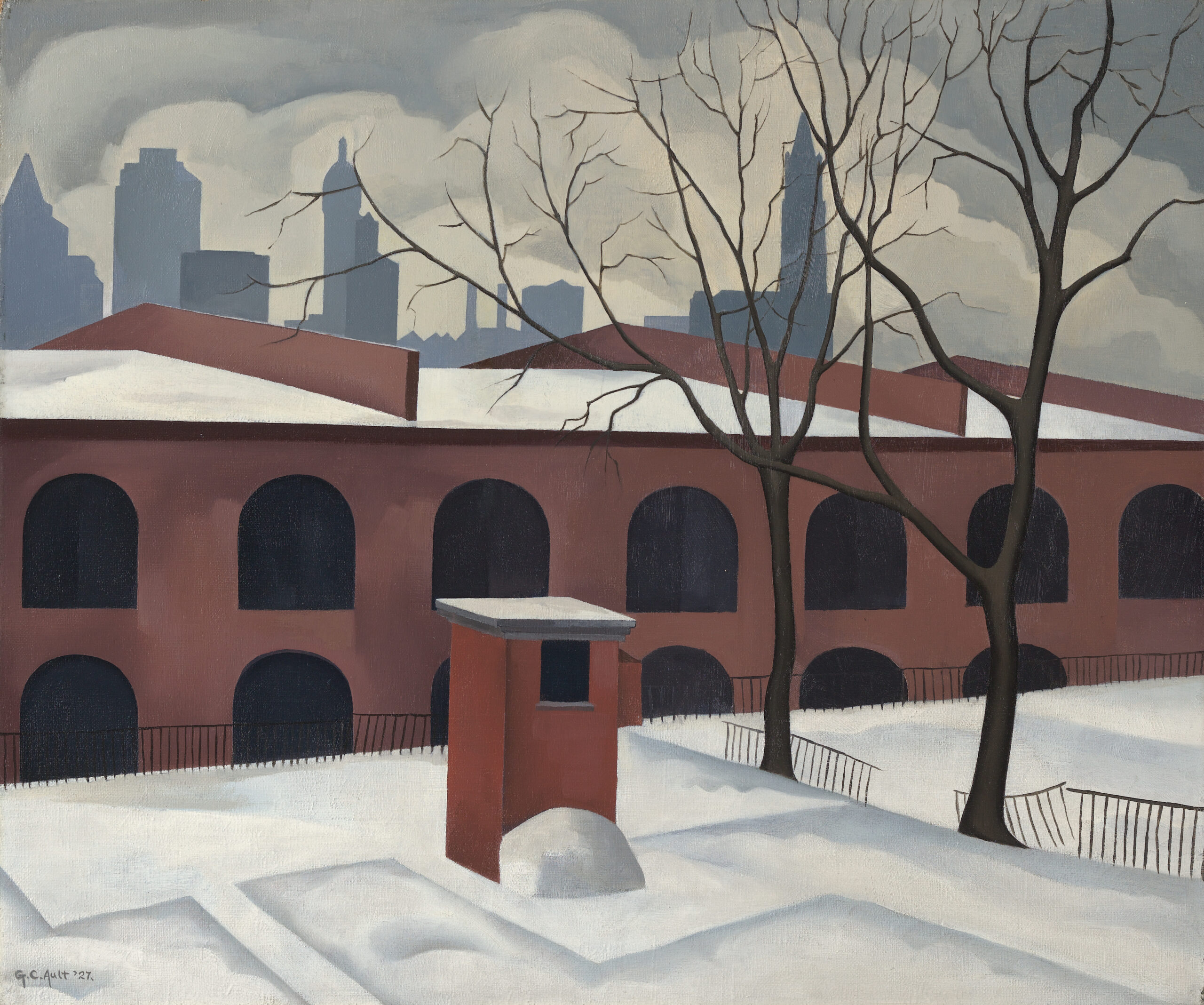 In this wintery view of the Manhattan skyline as seen from Brooklyn, the skyscrapers appear in silhouette—the Singer Building and Woolworth Building are both identifiable beyond bare tree branches. In the foreground, snow piles in drifts in front of a red brick tobacco factory. The factory, with its darkened rows of arched windows and fractured fencing, feels abandoned. There are no traces of people, adding an eerie stillness to the scene.

The renovated tobacco warehouse in the foreground still stands today in the Dumbo neighborhood in Brooklyn. The building also appears in George Ault’s Brooklyn Ice House, 1926, Newark Museum. In From Brooklyn Heights, 1925–28, also in the Newark Museum collection, Ault explores another view of the Manhattan skyline from Brooklyn, this one featuring the waterway and boats between.