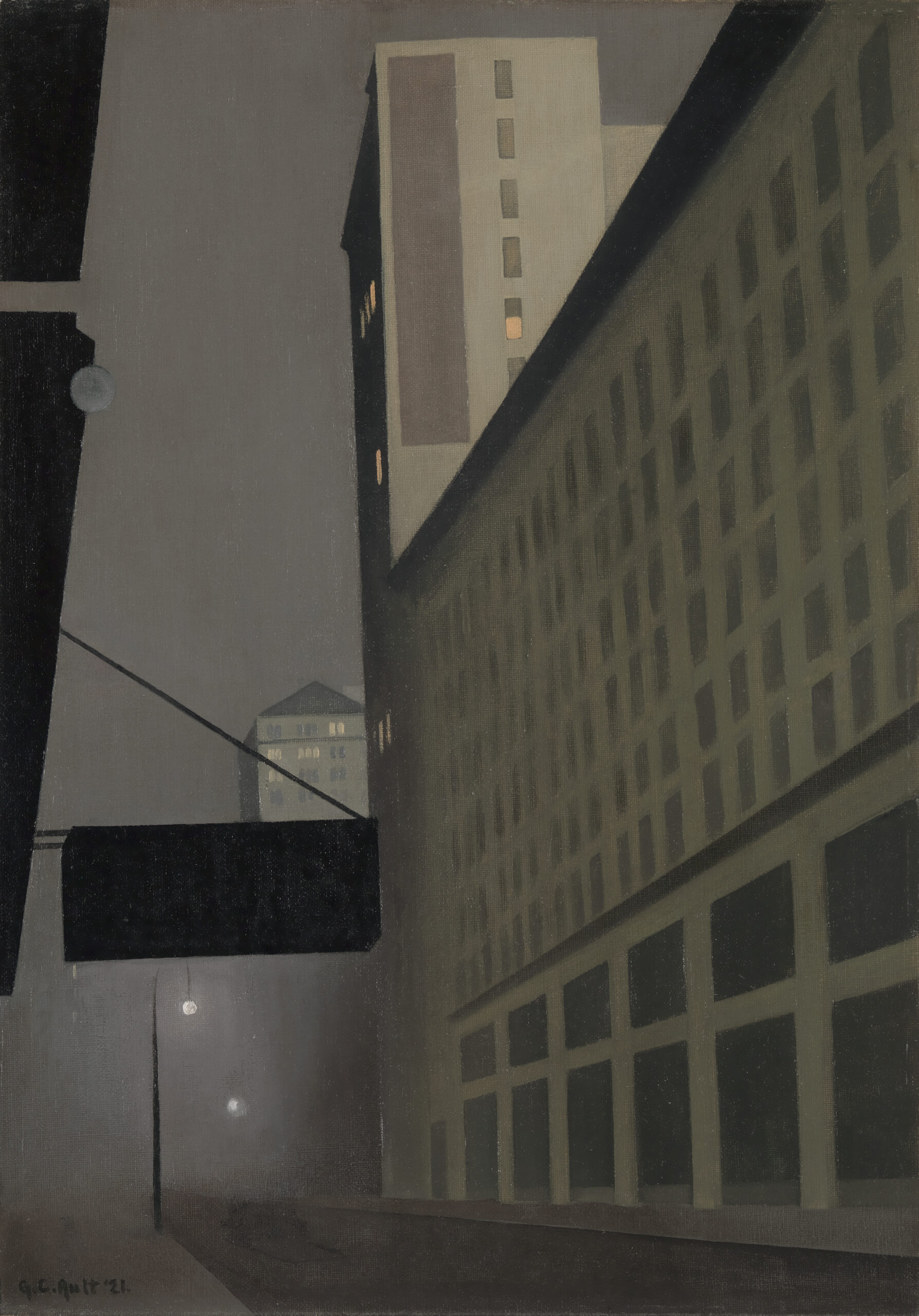 In this nighttime New York scene, the empty street rushes across the composition; the orbs of two streetlights draw the viewer’s eye down the street. The long façade of the building on the right emphasizes the angle of the street, its rows of windows dark. Behind it, a handful of windows are illuminated in the two buildings beyond. This is contrasted by a small slice of the building on the left, from which a sign juts out, cast in shadow and illegible in the dark.

There is a dreamlike quality to George Ault’s nocturnes, which span his career—the earliest from 1918; the last from 1948, the year of his death—and represent a significant part of his oeuvre. These night scenes of the city and the country become even more surreal just three years later in Sullivan Street, Abstraction, 1924, Walker Art Center and some 20 years later New Moon, New York, 1945, Museum of Modern Art, reflecting his interest in the surrealist artist Giorgio de Chirico (1888–1978).