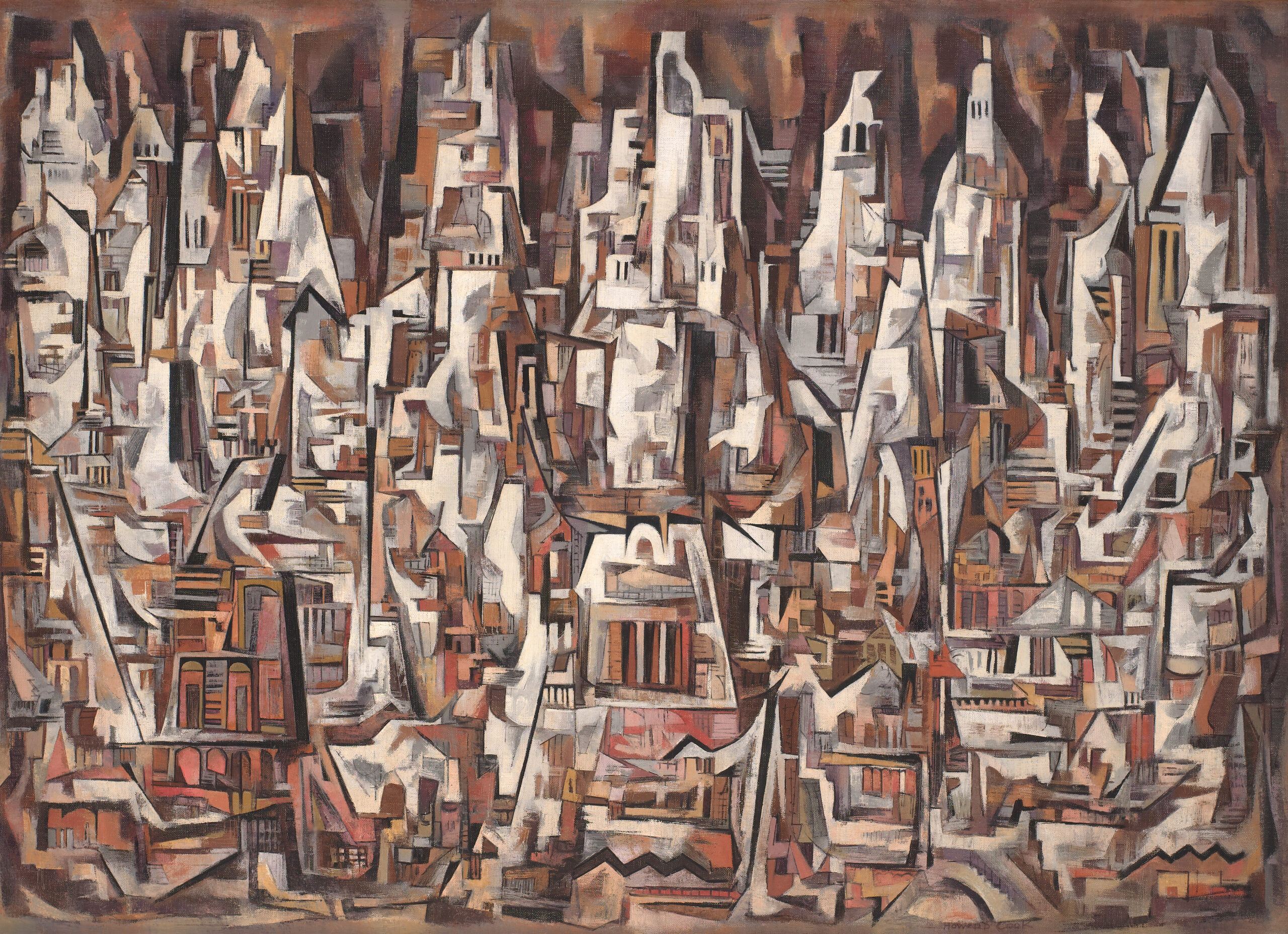 An abstracted landscape in which Cook merged the stepped pueblo architecture of New Mexico with the skyscrapers of New York City. Blocks of terra-cotta, lavender, and umber are defined by rows of columns and windows. These forms are contrasted by vertical white passages that simultaneously suggest tall buildings and mountain peaks.

Cook lived in New York and New Mexico and traveled cross-country frequently, including a 1945 train trip from New York to New Mexico on the Santa Fe “Chief” with Georgia O’Keeffe.

In the Patio IX Born in China
James Leng receives the Vilcek Prize for Creative Promise in Architecture for his investigations into the role of defunct buildings and his vision for public, social uses of infrastructure.