Ahmet Yildiz personifies ambition in the face of hardship. From a hardscrabble childhood in Turkey to precocious success as a scientist in the United States, Yildiz’s steely conviction has earned him the status of rising star among molecular biologists. An associate professor at the University of California, Berkeley, Yildiz has used his expertise in biological imaging to uncover how molecular motors transport cargo over long distances inside cells, among other life-sustaining processes.

Yildiz was born in rural Turkey, just outside Istanbul. Raised by his widowed mother, who fended for a family of seven mainly by farming, Yildiz experienced hardship from an early age. So his decision to pursue physics in high school, one that was motivated by a longstanding quantitative bent, unsettled his mother, who was anxious for her son to find a stable job. The only child in the family to attend a four-year college, Yildiz stubbornly pursued his interest, hopeful that a career in science would secure him a foothold on the escarpment of a better life. “My family wanted me to become a doctor or an engineer, but I stuck to my decision and never regretted it,” says Yildiz. He pursued a bachelor’s degree in physics at Bogazici University, on the European side of the Bosphorus Strait. 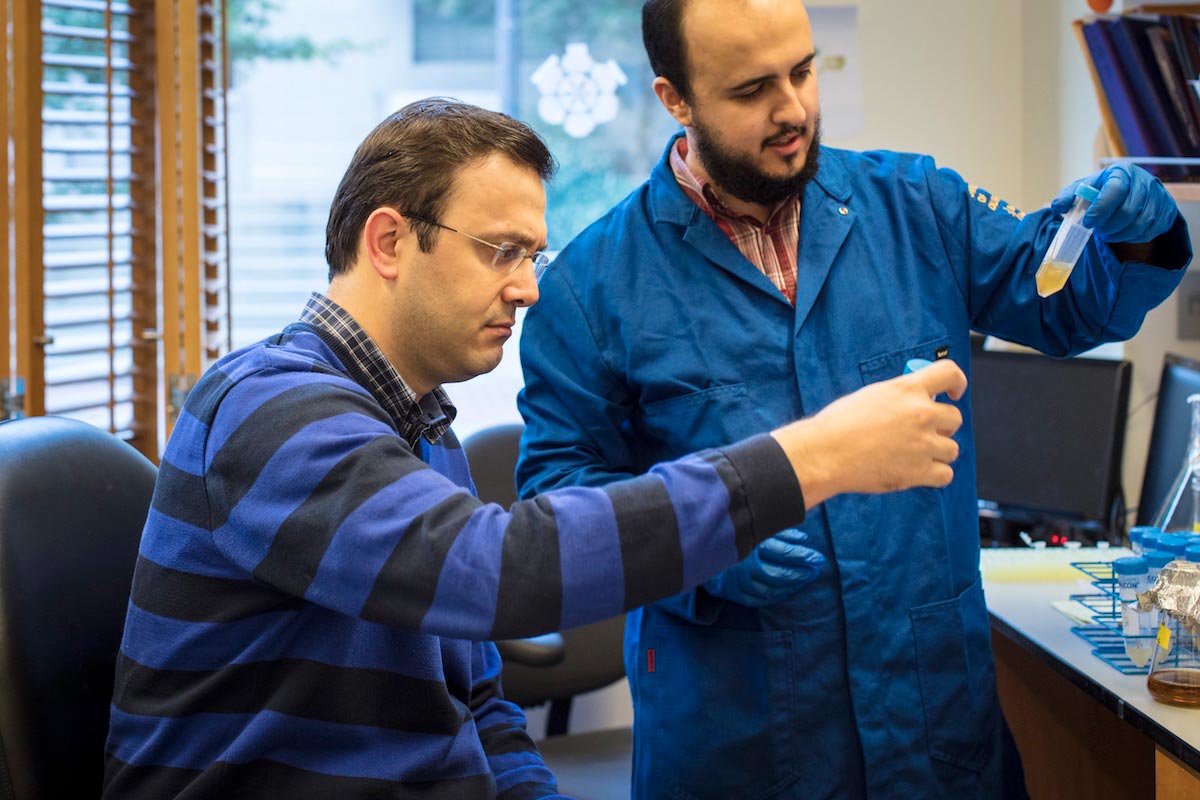 Before long, he set his sights on graduate studies in the United States. Thanks to his acquaintance with Taekjip Ha, then a young assistant professor at the University of Illinois at Urbana-Champaign, Yildiz became enchanted with biophysics. Braving a formidable language barrier, he soon enrolled for a PhD with biophysicist Paul Selvin, whose work was aimed at imaging single molecules at high resolution to glean information indiscernible from biochemical experiments carried out in test tubes. “Biochemical experiments measure the average behavior of a large number of molecules. But single-molecule studies can reveal information about the workings of individual molecules, such as nanomachines,” says Yildiz.

In Selvin’s lab, and later at the University of California, San Francisco, where he pursued postdoctoral studies with biochemist Ron Vale, Yildiz used his nous in imaging to unravel the precise mechanism by which a group of proteins called motors move within cells to haul molecular cargo and enable functions such as cell division and muscle contraction. Researchers had previously established that motors called myosins, kinesins, and dyneins move along cellular scaffolds, ferrying cargo to their proper destinations. The motors resemble androids—replete with two arms, a trunk, two legs, and two feet—marching gently along a meshwork of tracks. But the precise pattern of steps the motors take to traverse the tracks remained a mystery, largely due to a dearth of methods to visualize such nanometer-sized movement at high resolution. “These proteins are invisible in a light microscope, and attaching fluorescent dyes didn’t really help visualize them because the dyes emitted little light and bleached quickly,” explains Yildiz.

As a graduate student, Yildiz developed a technique dubbed FIONA (fluorescence imaging with one nanometer accuracy) that enabled fine-grained localization of fluorescent dyes — at 1- nanometer resolution — to dynamically track the stepwise movement of motors, throwing light on a process that holds a key to vital cellular functions. “This technique also later aided the development of several super-resolution microscopy methods, which earned other researchers a Nobel Prize in chemistry in 2014,” says Yildiz. His early accomplishments earned him unanimous praise among peers and led to an assistant professorship at the University of California, Berkeley. 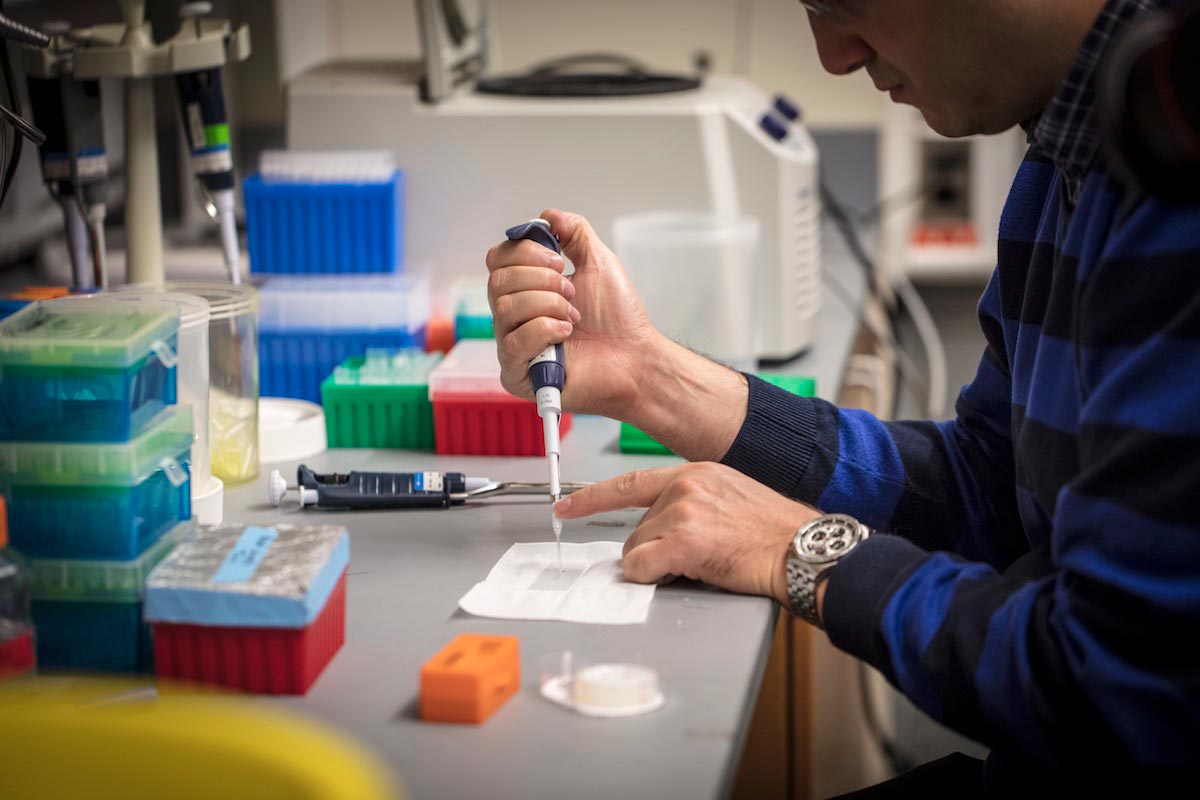 At Berkeley, Yildiz expanded his studies on the movement of dynein motors and also branched out in a new direction. He turned his attention to telomeres, eyelet-like structures that cap the ends of chromosomes in cells and protect them from damage. Using super-resolution microscopy, Yildiz proposed a mechanism for how a protein complex called shelterin sequesters telomere DNA and prevents its exposure to enzymes that repair DNA damage; if the ends of chromosomes are processed by such enzymes, deleterious consequences like chromosome fusion and genome degradation can ensue. Because telomere length influences premature aging and cancer, Yildiz’s findings bear long-term therapeutic implications.

In the coming years, Yildiz hopes to continue to unravel the mechanics of mammalian motor proteins under lifelike conditions that approximate the chaotic bustle found in cells. He also hopes to uncover the structural and functional nuances of telomere protection by shelterin. Reflecting on his journey to the scientific vanguard, he adds, “Inspiration to solve riddles in science does not just occur to you. You have to be in the right academic environment with excellent colleagues, adventurous students, and the best resources to be able to ask and address outstanding questions in the field. If I hadn’t come to the United States, I don’t think I would have accomplished any of this.”

Born in Turkey
Kıvanç Birsoy receives the Vilcek Prize for Creative Promise in Biomedical Science for developing cutting-edge tools to unravel the altered metabolism of cancer cells and uncovering molecular targets for treatment.

Born in Russia
Polina Anikeeva receives the Vilcek Prize for Creative Promise in Biomedical Science for developing novel engineering solutions that have advanced the field of neural engineering and enabled fine-grained analysis of brain function and animal behavior.