As the United States comes to understand the full outcome and implications of the 2020 election, we know that voters turned out in unprecedented numbers to practice their civic duty and fundamental right.

Following the 2016 Presidential election, Chinese American filmmaker Yi Chen was fascinated by the divides she witnessed during that year’s campaigns. “I read a lot in the news about ‘Chinese Americans for Trump,’” she said, “and how most of the members were first-generation immigrants from China. I had never seen Chinese immigrants being so actively involved politically and in the democratic process.”

Yi’s film First Vote explores voting and civic engagement by Chinese Americans in the United States through interviews with four subjects in two battleground states: Ohio and North Carolina. The film opens on an interview with Lance Chen, a professor at the University of Dayton and host of a political podcast on WeChat. Professor Chen became a United States citizen in 2016, motivated by a desire to vote in support of President Trump and the Republican party.

Sue Googe moved from China to the United States in 1998 to study computer science; she became an American citizen in 2005. In 2016 she ran an unsuccessful campaign against David Price for election to the U.S. House of Representatives for the 4th Congressional District of North Carolina. Endorsed by the Tea Party, Googe is a staunch supporter of gun rights and of President Trump. 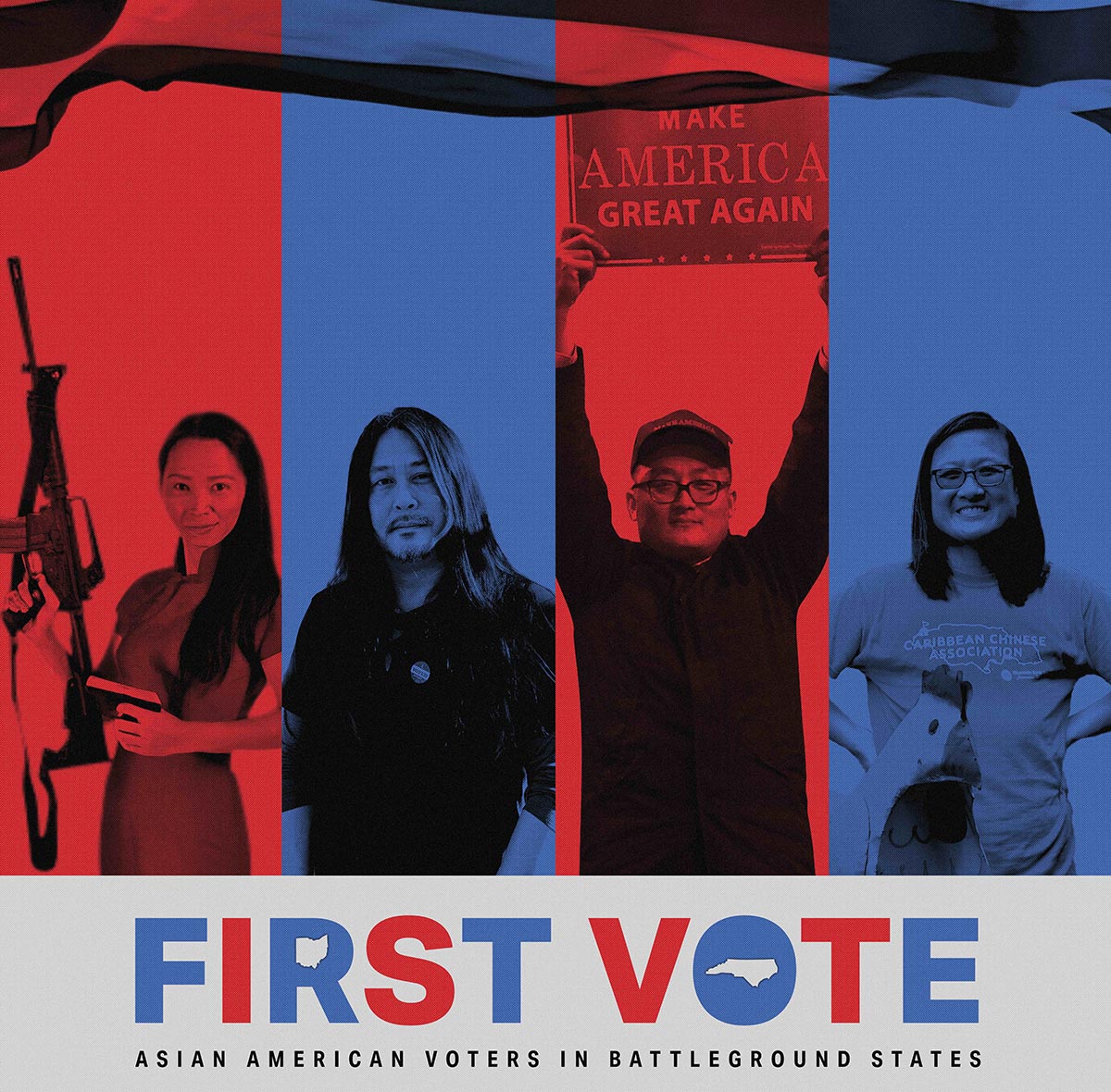 On the other end of the political spectrum explored in the film are Kaiser Kuo and Jennifer Ho. Kuo is a journalist and the host of the Sinica podcast, an English-language podcast about current affairs in China. In 2016 he and his family repatriated to the United States after living in Beijing for 20 years. His article “Why Are So Many First-Generation Chinese Immigrants Supporting Donald Trump?” is a study of nationalism, populism, and xenophobia in the United States and China over the past several decades.

Jennifer Ho is a scholar whose work focuses on identity, culture, and the humanities. In 2018, she was a professor at the University of North Carolina, Chapel Hill, teaching courses on Asian American identity and experience in the United States. In footage filmed in one of her classes, Ho prompts students to question how Asian Americans are “othered” with regard to race, identity, and belonging in the United States.

I wanted to become a more informed voter. I wanted to talk to, and find out more about, voters in my own community.

Yi moved to the United States in 2003, and became a naturalized citizen of the United States in 2019. The 2020 Presidential election was the first election that she was eligible to vote in. She recalls that as she prepared to become a citizen, “I wanted to become a more informed voter. I wanted to talk to, and find out more about, voters in my own community from both sides. 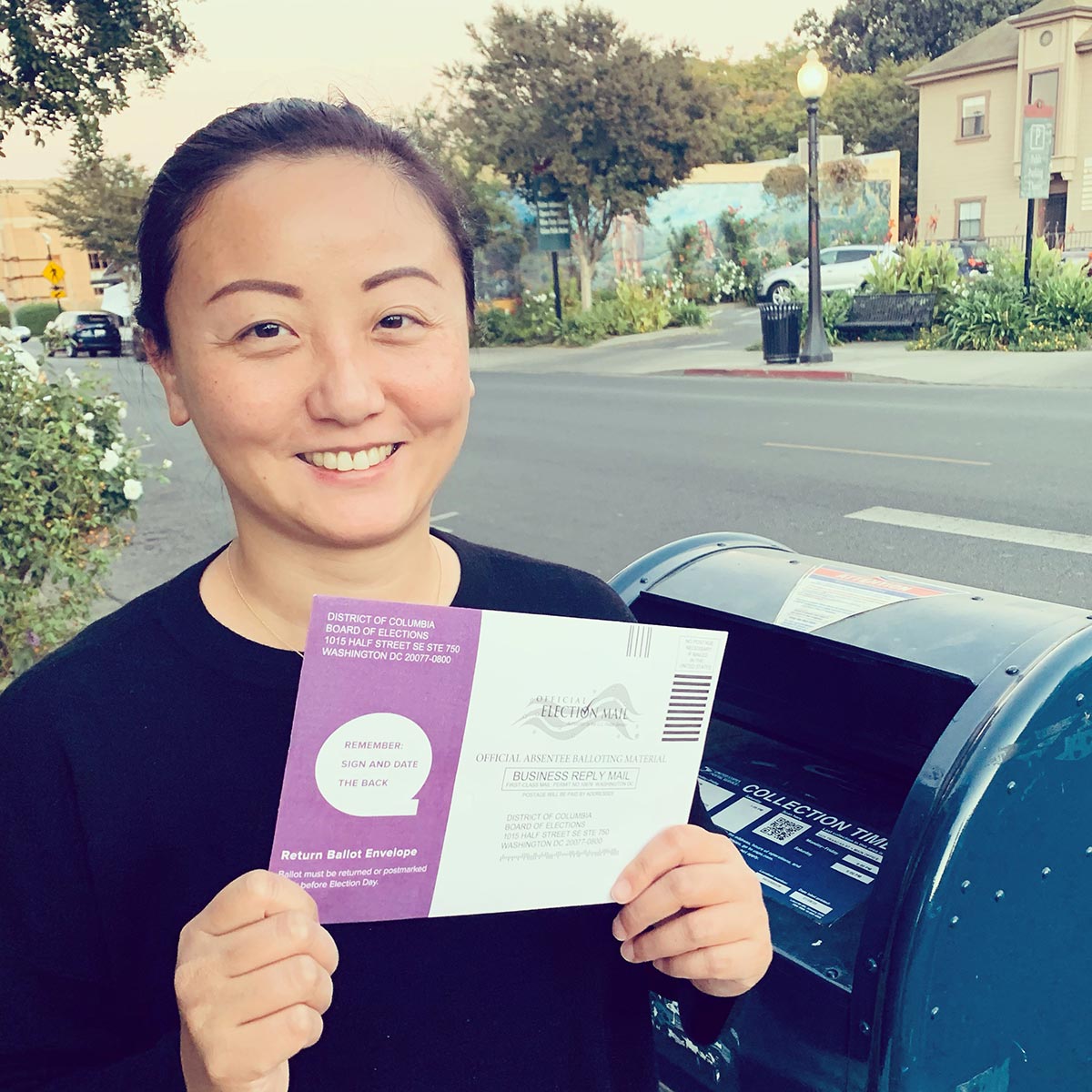 Though the individual motivations and experiences of the film’s subjects are vastly different from one another, a common theme that emerges is the idea of belonging, and the agency that voting provides individuals in feeling they are part of a larger whole in the United States. This is the core of democracy: As a participatory form of government and as a philosophy, democracy values the power of individuals within a group to bear on making decisions that affect the entire group.

In making the film, Yi stated that the biggest surprise to her was what united her subjects, ultimately. Despite the differences in their political views, she said, “they all said the same thing: They all expressed that they want to be accepted as Americans.”

The Vilcek Foundation will present First Vote as part of the New American Perspectives program at the Hawai’i International Film Festival. Yi Chen will participate in a FREE panel discussion that will be presented as a live Zoom webinar on Saturday, November 14, 2020.