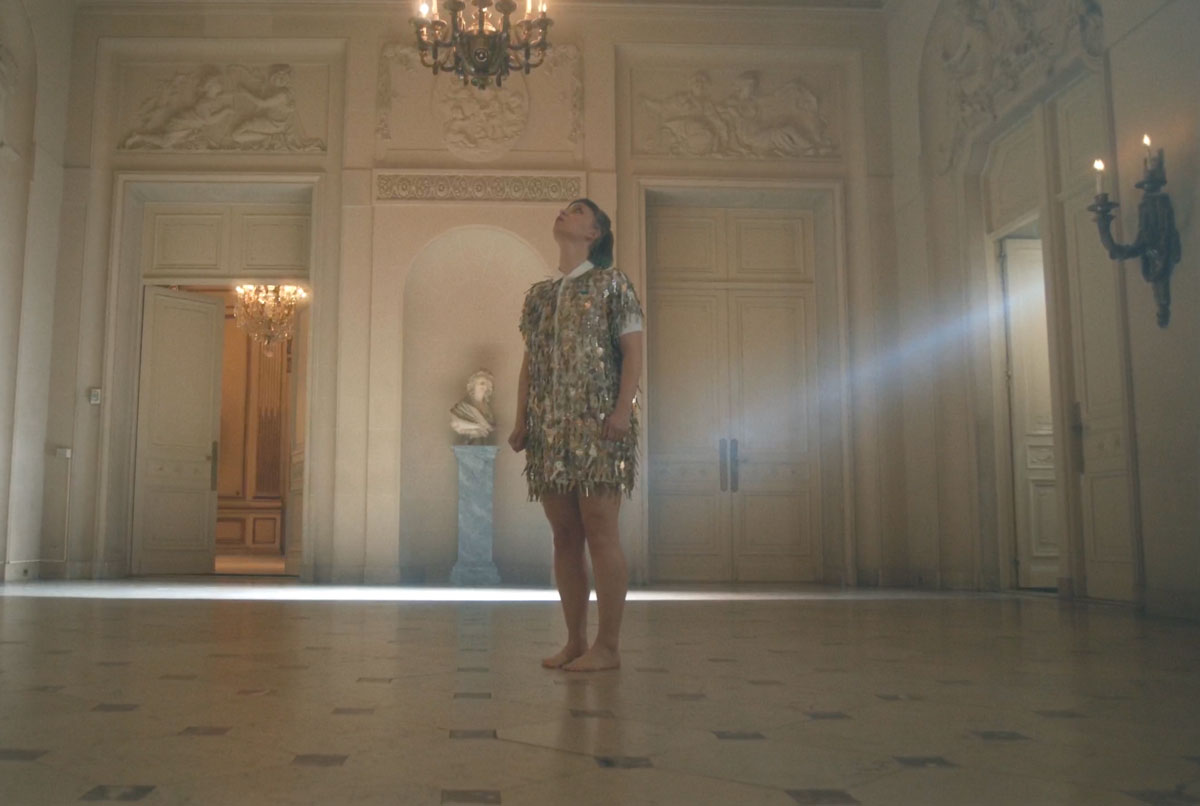 Italian-born dancer and choreographer Alice Gosti is known for her approach to art-making that seeks to engage audiences viscerally, incorporating everyday objects, food, and props into her dances and performances. In her latest work, keys to my city, Gosti and two other dancers don a dress made of 1,500 keys. The physical and psychic weight of the object—designed and constructed by Gosti—inspire and influence the performers’ movements.

Gosti describes herself as an “architect of experiences.” She approaches her art-making in a way that seeks to engage audiences viscerally, appropriating everyday objects, food, and props. These elements—ranging from gargantuan bowls of pasta (in her Spaghetti CO series), to furniture, to costumes made from everyday objects—invite viewers to consider their own relationships and interactions with material culture. 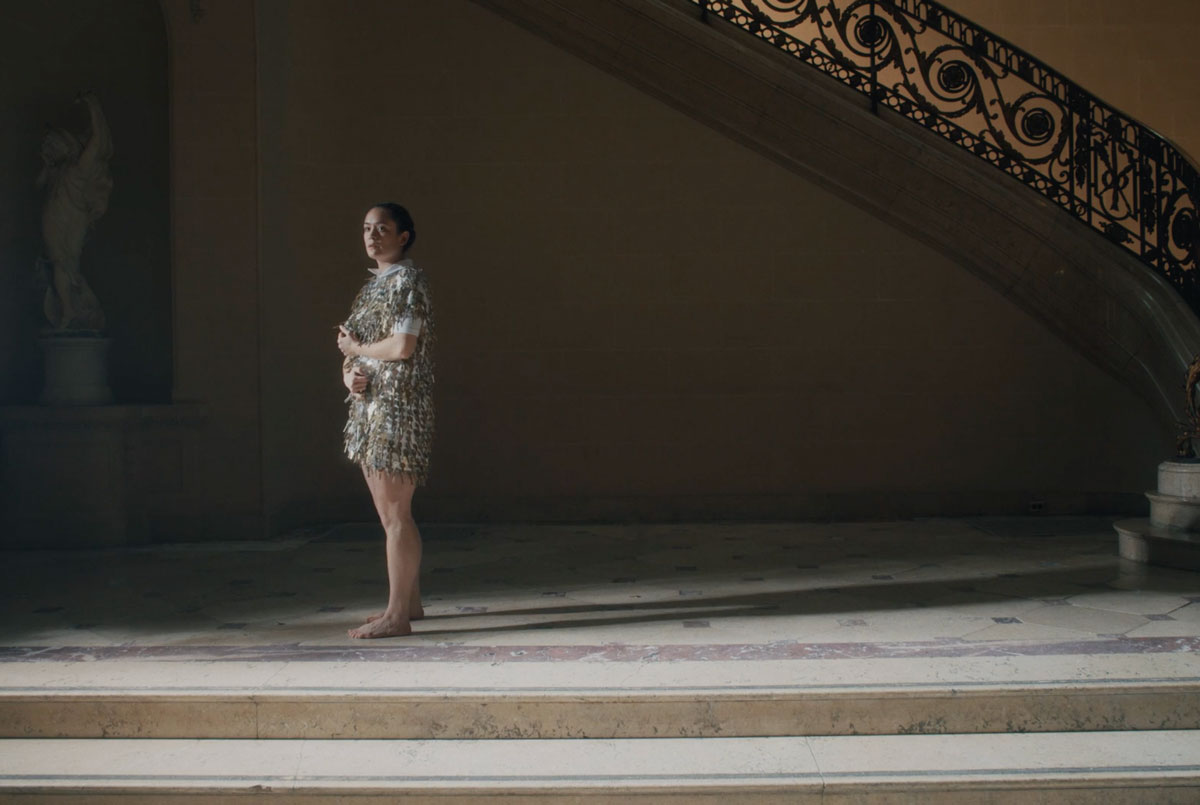 keys to my city

In keys to my city, Gosti and collaborators Lorraine Lau and Alyza DelPan-Monley perform movements wearing the titular dress. keys to my city was first conceived of by Gosti in 2016, as she was considering ways to create art out of ordinary objects. “I was looking at objects that are around us constantly. The image of the keys was coming back to me,” she says. 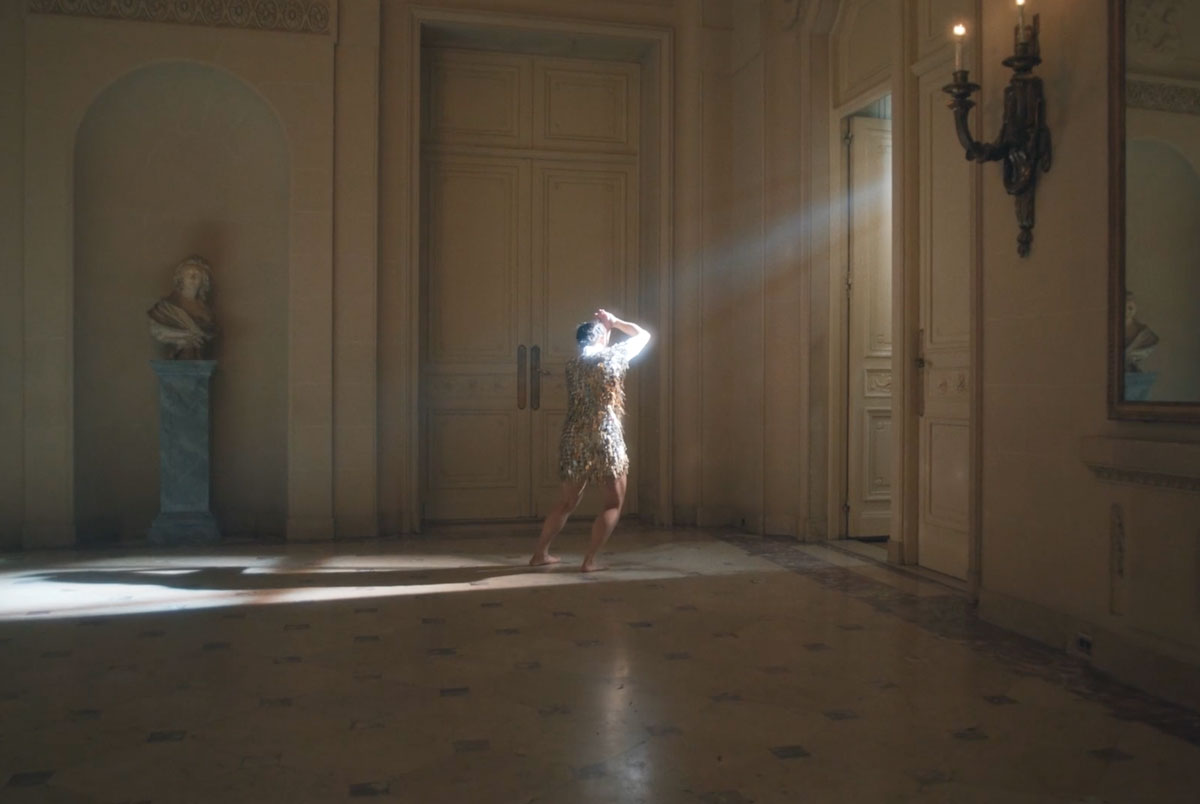 Obsessed with the idea of creating a dress made of keys, Gosti set to work creating the first iteration of the dress, collecting thousands of broken, discarded, and unfinished keys from locksmiths in Seattle, Washington. The dress is composed of more than 1,500 keys, and weighs approximately 30 pounds (13.6 kilograms).

As the dancers in keys to my city move, the keys become a vital part of the work. Their surfaces catch and reflect light. The dancers percuss the keys with their hands, creating sound and movement. As dancers’ movements become more vigorous, the keys create noise as the dress moves; keys fly off the dress during the dancers’ most exuberant movements, creating additional sound and refractions of light. 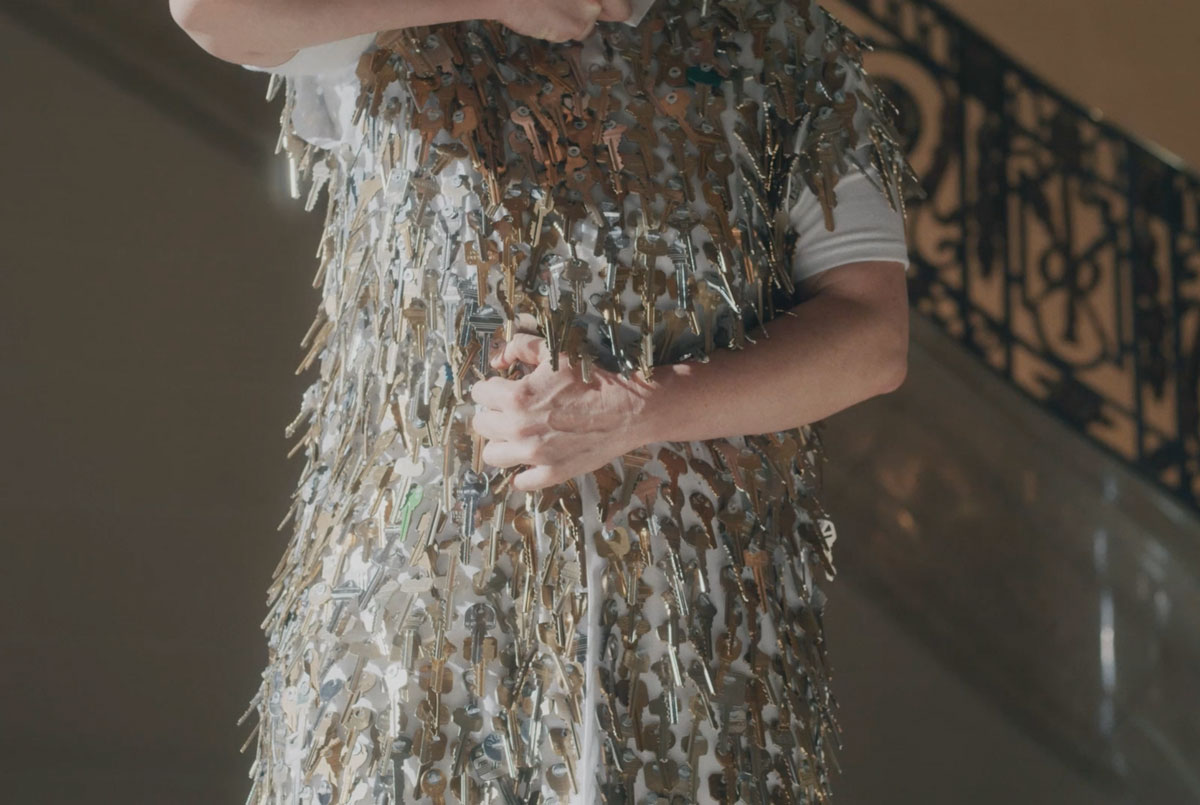 “I’m interested in looking at the way that history and politics enter the body and condition the way we move and the way we relate to each other,” says Gosti. “The key is a metaphor for not only places, but also ideas: concepts and imagination, memories and dreams.”

Gosti is passionate about creating complex work that is layered, yet accessible to diverse audiences. By using an object as simple as a key, she unlocks manifold doors to understanding, inviting audiences to consider their own experiences in a new light. 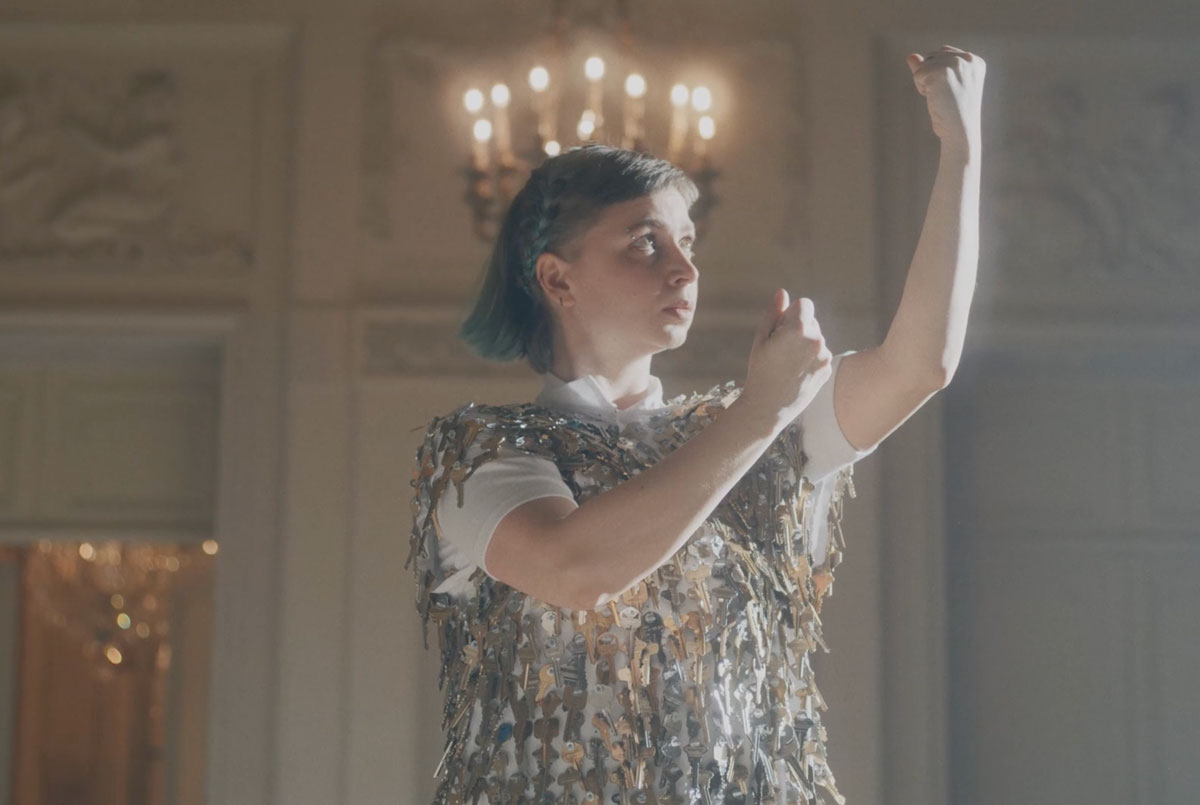 Honored by the Vilcek Foundation

For her groundbreaking work, Gosti was named a Vilcek Prize for Creative Promise Honoree in Dance in 2012. In celebration of the 10 year anniversary of this honor and as an ode to the Vilcek Foundation’s 2022 Prizes in Dance, The Vilcek Foundation partnered with Gosti to produce keys to my city. 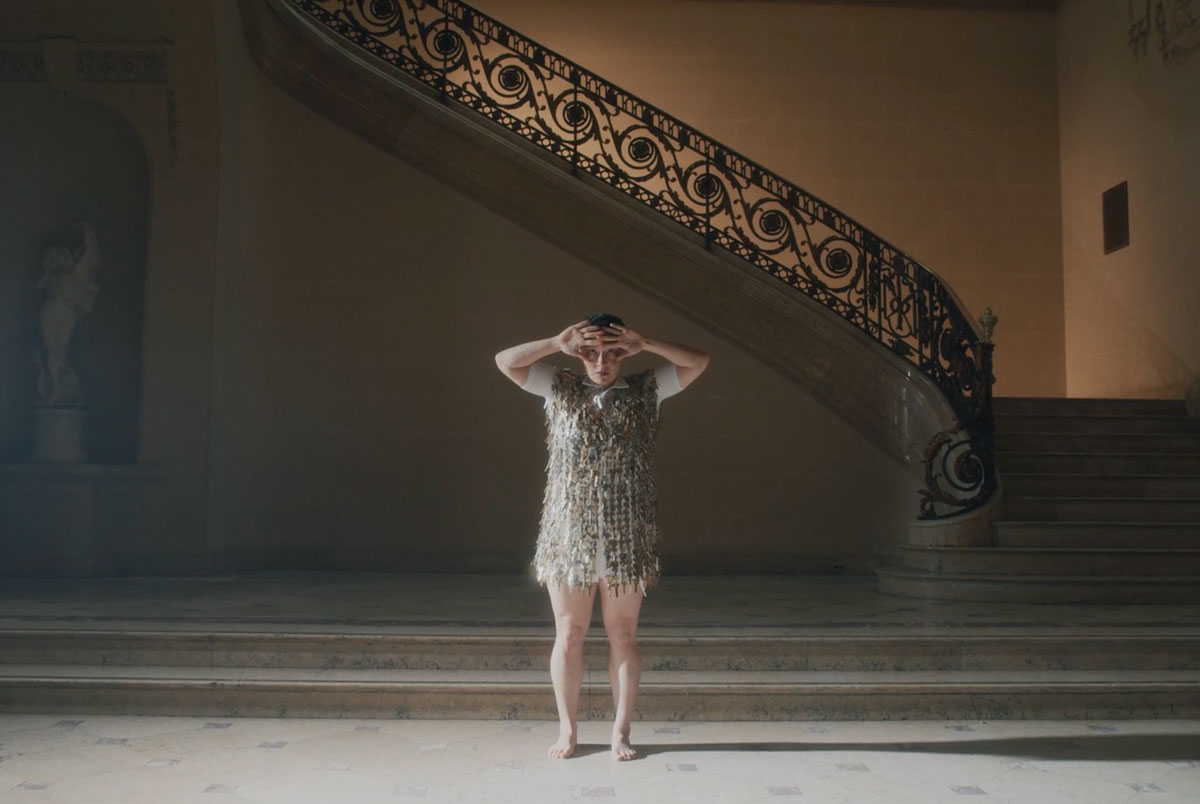 Produced by We Are Films, Malacarne & John C. Robinson. 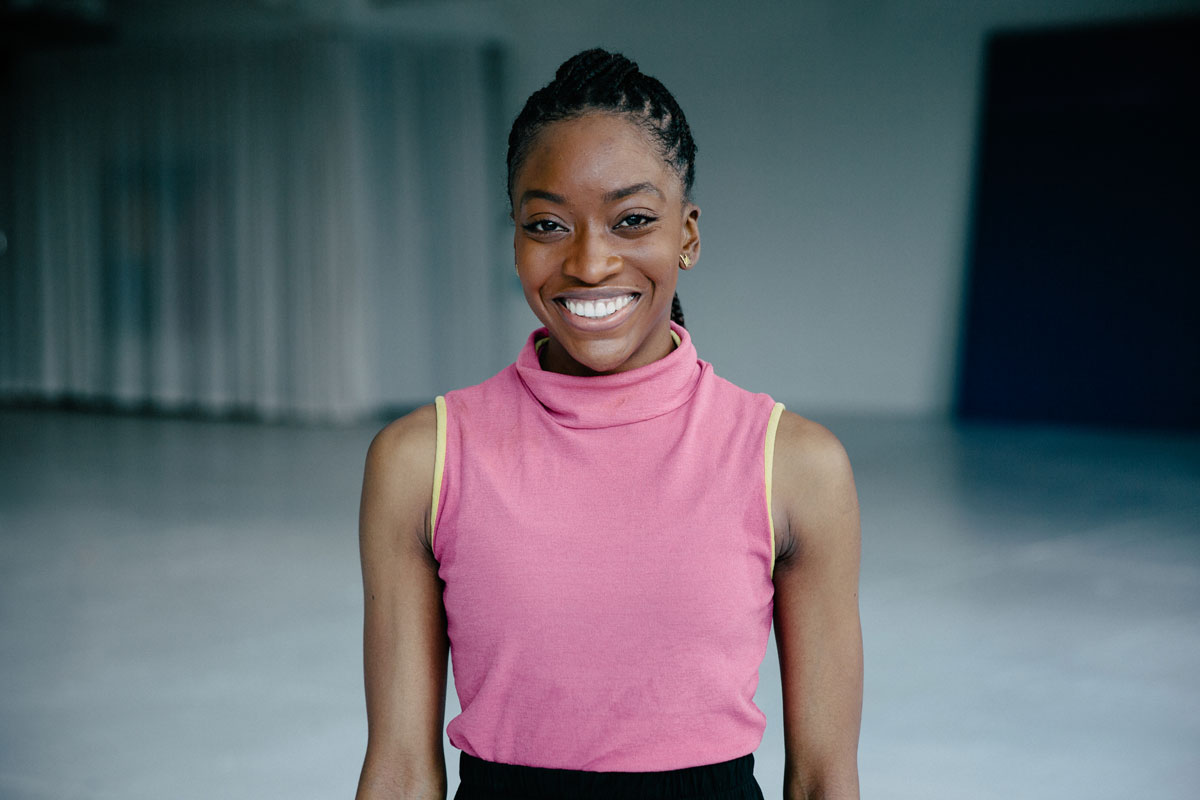 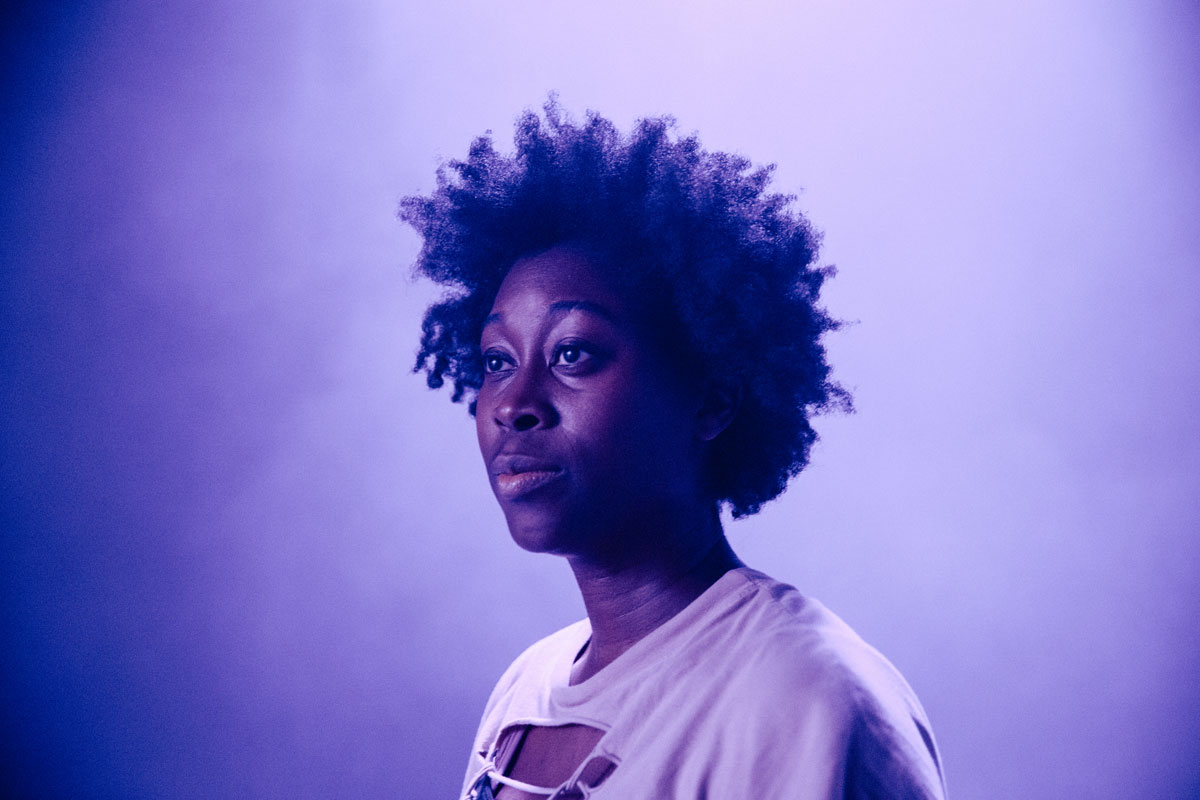 Born in Brazil
Leonardo Sandoval receives the Vilcek Prize for Creative Promise in Dance for his dynamic choreography that expands the boundaries of tap as a genre and his unique practice that engages elements of Afro-Brazilian dance traditions including samba, forró, maracatu, and passinho.

Born in Trinidad and Tobago
Tamisha Guy receives the Vilcek Prize for Creative Promise in Dance for her evocative and intuitive performance style that blends elements of contemporary, modern, and narrative dance traditions, and for her commitment to furthering her own practice through instruction, collaboration, and mentorship.

Born in Switzerland
Tatiana Desardouin receives the Vilcek Prize for Creative Promise in Dance for her presentation of hip-hop and house dance that brings the vernacular tradition of these genres in the Black diaspora to her performances, choreography, and artistic direction.