The Vilcek Foundation and The Arnold P. Gold Foundation are pleased to announce Dr. Vivek Murthy, 19th Surgeon General of the United States, as the recipient of the 2020 Vilcek-Gold Award for Humanism in Healthcare. This award shines a spotlight on immigrant leaders in U.S. healthcare and recognizes the positive impact that humanistic care has on public health. A shared initiative between the two foundations, the Vilcek-Gold Award embodies the missions of both the Vilcek Foundation and the Gold Foundation.

Vivek is receiving the 2020 Vilcek-Gold Award for Humanism in Healthcare for his multi-faceted approach to addressing the opioid crisis in the United States, and for his continued advocacy and support of human- and community-centered care. “Many immigrants are at the forefront of the effort to promote a compassionate relationship between healthcare professionals and their patients,” said Jan Vilcek, chairman and CEO of the Vilcek Foundation. “There is no better person exemplifying this effort than Vivek Murthy. His outstanding leadership is grounded in a profound empathy.”

The world is locked in a struggle between love and fear. Choose love. Always.

“Dr. Vivek Murthy famously said, ‘The world is locked in a struggle between love and fear. Choose love. Always,’” said Dr. Richard I. Levin, Gold Foundation president and CEO. “Such is a rallying cry now for doctors and nurses and all those on the front lines in this crisis, as they show us what love looks like over and over. Dr. Murthy understands deeply the importance of humanism, the importance of love, in guiding our actions and our world.”

About the award, Richard added, “We are thrilled to continue this joint award with the Vilcek Foundation at what could be no better a time for recognizing the extraordinary contributions of foreign-born health professionals to America.”

Born in the United Kingdom to Indian parents, young Vivek immigrated with his family to Newfoundland, Canada, and then to Miami, Florida, when he was 3 years old. His father was a physician; his mother managed the office for the medical practice. Vivek credits the dedication and compassion with which his parents approached the practice as a core inspiration for his work: “[Their example] became my standard and my definition for what medicine should be like in the best of moments, where we bring the best of our head and our heart to the table to be partners in healing with others.”

After graduating as valedictorian of his high school class, Vivek attended Harvard University, where he founded two separate nonprofit organizations dedicated to supporting public health initiatives in India. He led both organizations for several years following his graduation before attending Yale School of Medicine, where he pursued his medical degree while concurrently earning an MBA from the Yale School of Management. Following residencies at Brigham and Women’s Hospital and at Harvard Medical School, Vivek founded Doctors for America as he sought to engage medical professionals in advocating for and developing public health policy.

President Barack Obama appointed Vivek to the advisory group on Prevention, Health Promotion, and Integrative Public Health in 2011; in 2013 he was appointed the 19th Surgeon General of the United States. In his tenure as Surgeon General, Vivek provided leadership in addressing the opioid epidemic in the United States, and in expanding access to preventive care. An outspoken supporter for the health and wellness of LGBTQIA youth, Vivek openly condemned the practice of conversion therapy and supported presidential initiatives to increase the health and safety of transgender youths in schools.

Though his tenure as Surgeon General ended in 2017, Vivek remains a leading public health consultant. He has been instrumental in providing public officials with guidance and support as cities and states cope with the COVID-19 pandemic. His first book, Together: The Healing Power of Human Connection in a Sometimes Lonely World, was published in April 2020.

The Vilcek-Gold Award includes a $10,000 cash prize and, symbolically, a heart-shaped trophy created for this award.

The 2020 award is also a collaboration with the Association of American Medical Colleges (AAMC). The award was scheduled to be presented at the 2020 AAMC Annual Meeting, where Vivek was scheduled to deliver a lecture as part of the AAMC’s ‘Voices of Medicine and Society’ series. The 2020 in-person meeting has been canceled, but the AAMC, the Vilcek Foundation, and The Arnold P. Gold Foundation still plan to organize a presentation of the award and lecture. Details will be posted when they are available. 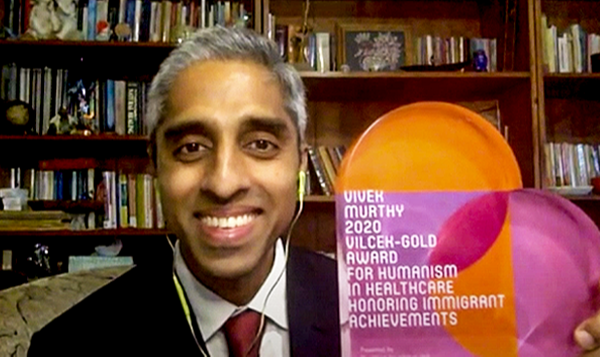 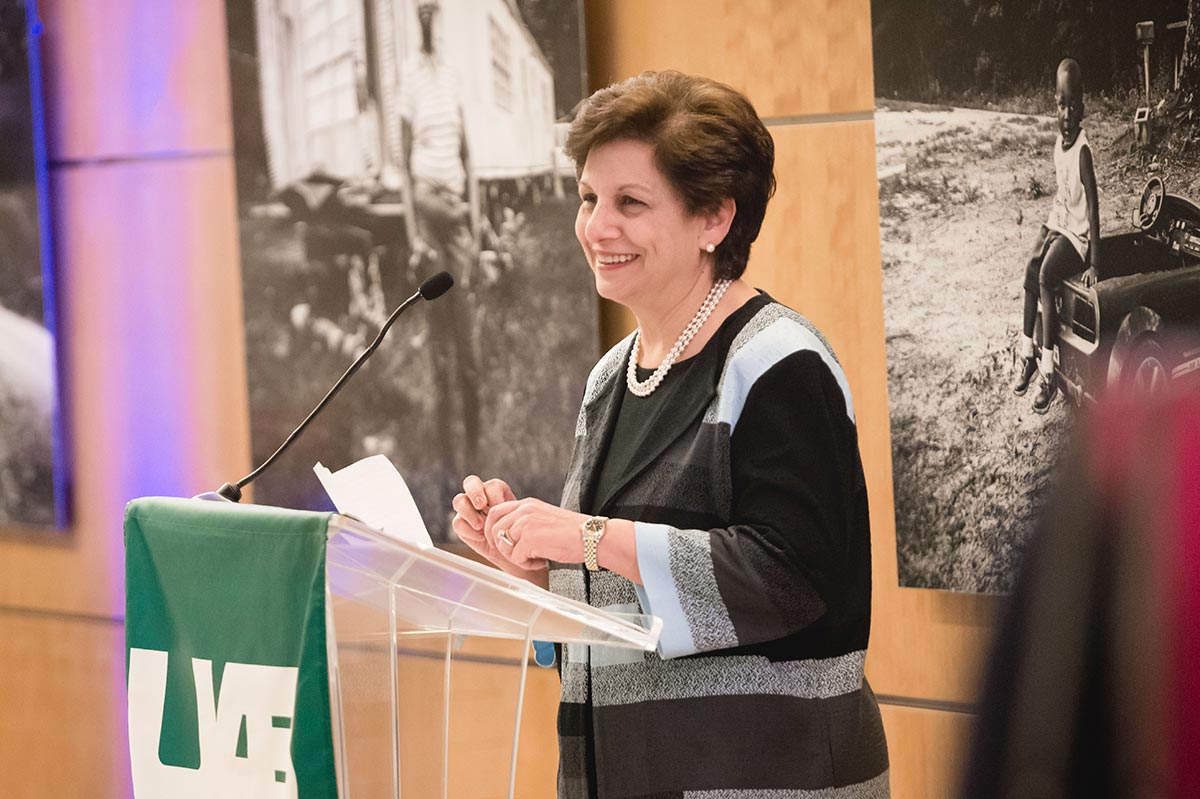