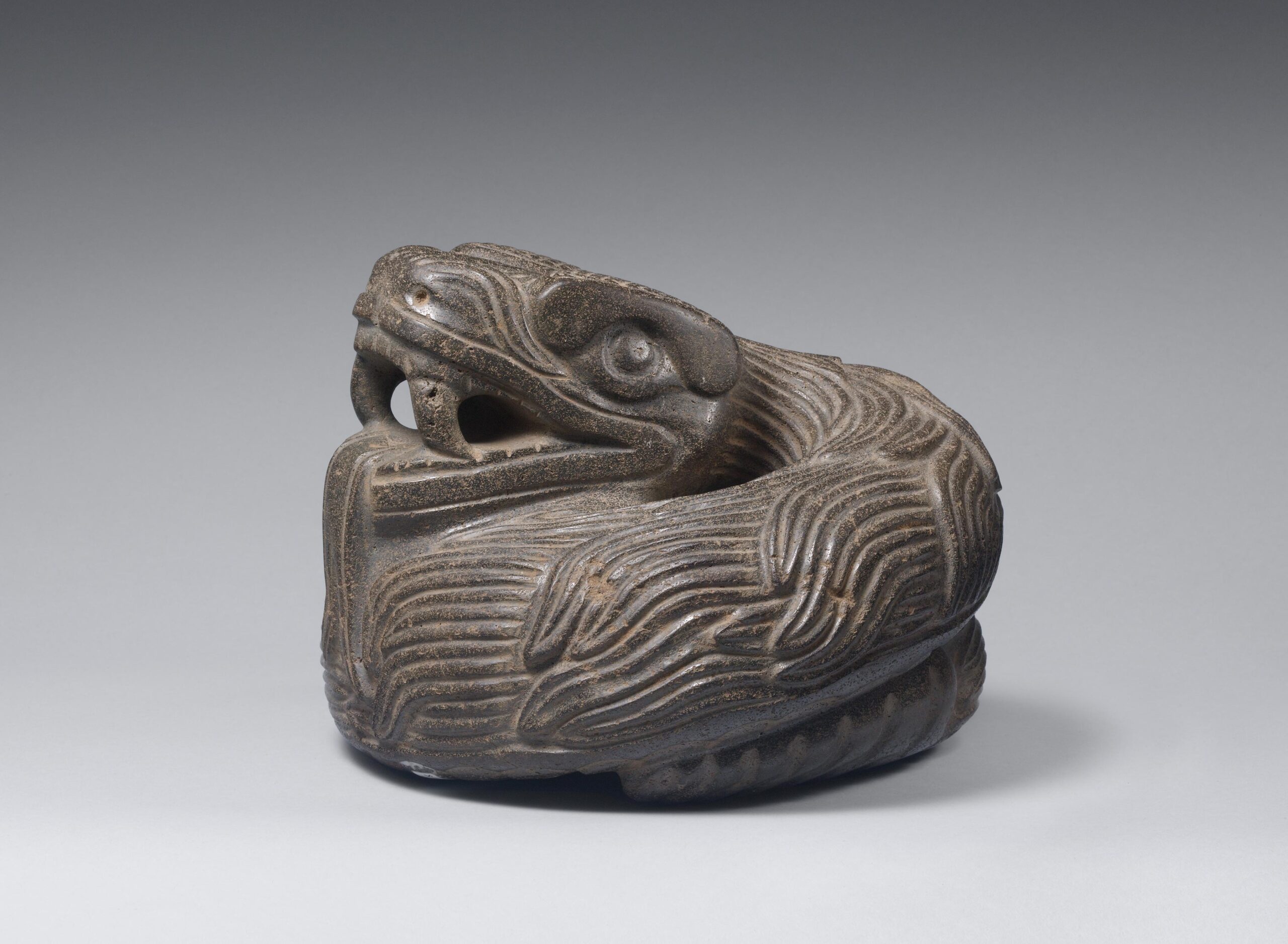 The object seen here, carved from polished black basalt, depicts an ornamented coiled and feathered snake figure. This plumed snake likely represents the Aztec god Quetzalcoatl (literally “plumed/feathered serpent”), but could also evoke Xiuhcoatl or a blue snake in the Mexica creation story. Among the Mexica, however, Quetzalcoatl was the god of knowledge, wind, fertility, and the arts. Due to the richness of symbolism connected to this feathered serpent god, the title Quetzalcoatl was used to denote high levels of Aztec priesthood.

According to Indigenous traditions, around 1200 CE a group of Nahuatl-speaking peoples eventually known as the Aztecs abandoned their homeland, called Aztlán, and began migrating south to the Valley of Mexico. By 1250 CE, a group of the Aztecs called the Mexica arrived in the region around Lake Texcoco.

Finding the land already claimed by more powerful groups and other Aztlán settlers, the Mexica were forced to flee to an island in the middle of Lake Texcoco, where they believed the god Huitzilopochtli (meaning hummingbird) would reveal to them their future home. Eventually, the Mexica came to a place where an eagle devouring a serpent was perched upon a flowering cactus. Interpreting this as a divine sign, the Mexica chose this place as their home and future capital, today Mexico City, calling it Tenochtitlán, or “place of the cactus fruit.”