Creative Promise Prizewinner Mikhail Shapiro has the dot-com crash to thank for his exemplary scientific career. Born in Russia (then the Soviet Union) and raised, in part, in Washington, D.C., Mikhail decided to attend Brown University because of its lack of core requirements. “My plan was to be a philosophy major and not take a science class ever again,” he says.

After his first year, Mikhail took a leave from school to start an internet company “at the worst time possible.” While struggling with his business, however, he had space to reflect: He had been drawn to philosophy and the humanities because he wanted to make an impact on the world, but during his time off, Mikhail began to see science and technology in a new light. 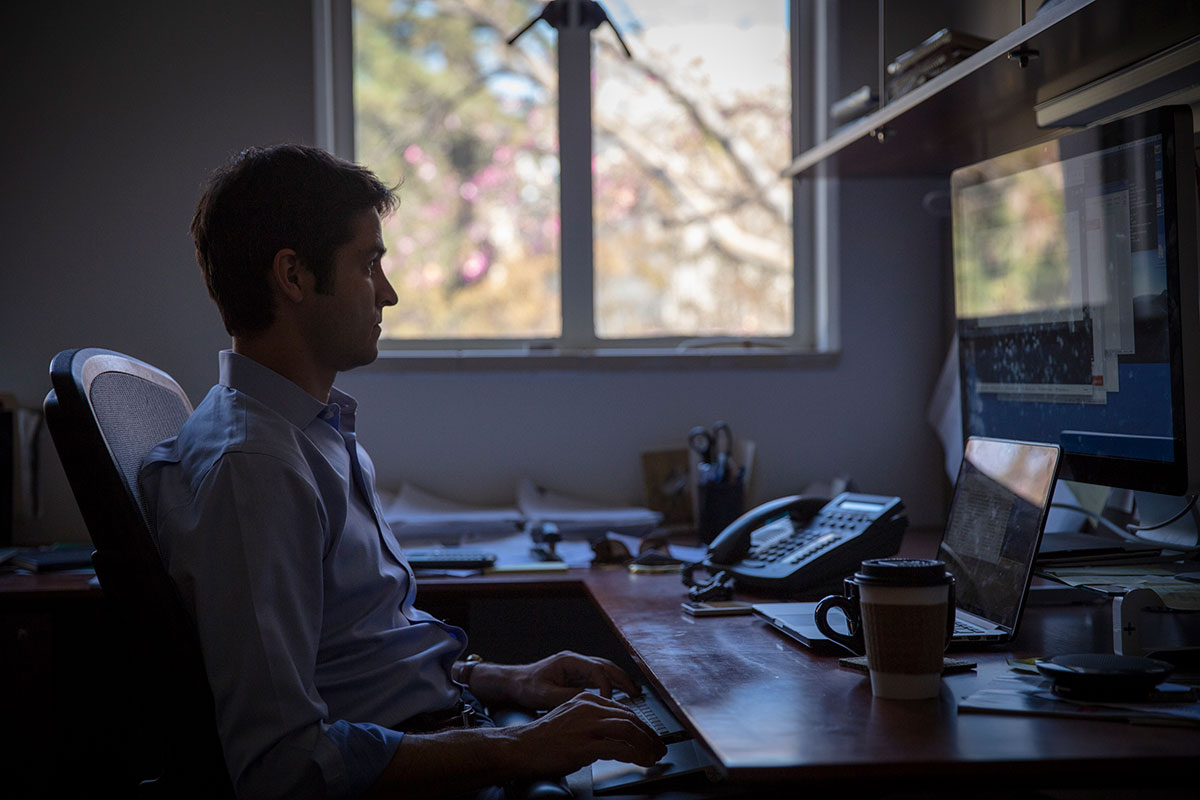 “You make one discovery,” he says, “and forever you have changed the knowledge base of humanity.”

Upon his return to Brown, Mikhail switched his major to neuroscience and began working with researchers at the university who were developing what would become known as BrainGate: a brain-computer interface that allowed users, via surgically implanted electrodes, to control a cursor or computer screen directly with their thoughts.

The researchers were then at the point of trying to commercialize the technology. Brown, however, was not on the radar of venture capitalists, nor did it have an attached business school to draw talent from, so they turned to Mikhail for advice. “This dot-com-failed sophomore was the best they could do, and they ended up recruiting me,” he says. “And that was how I originally got involved in science.” 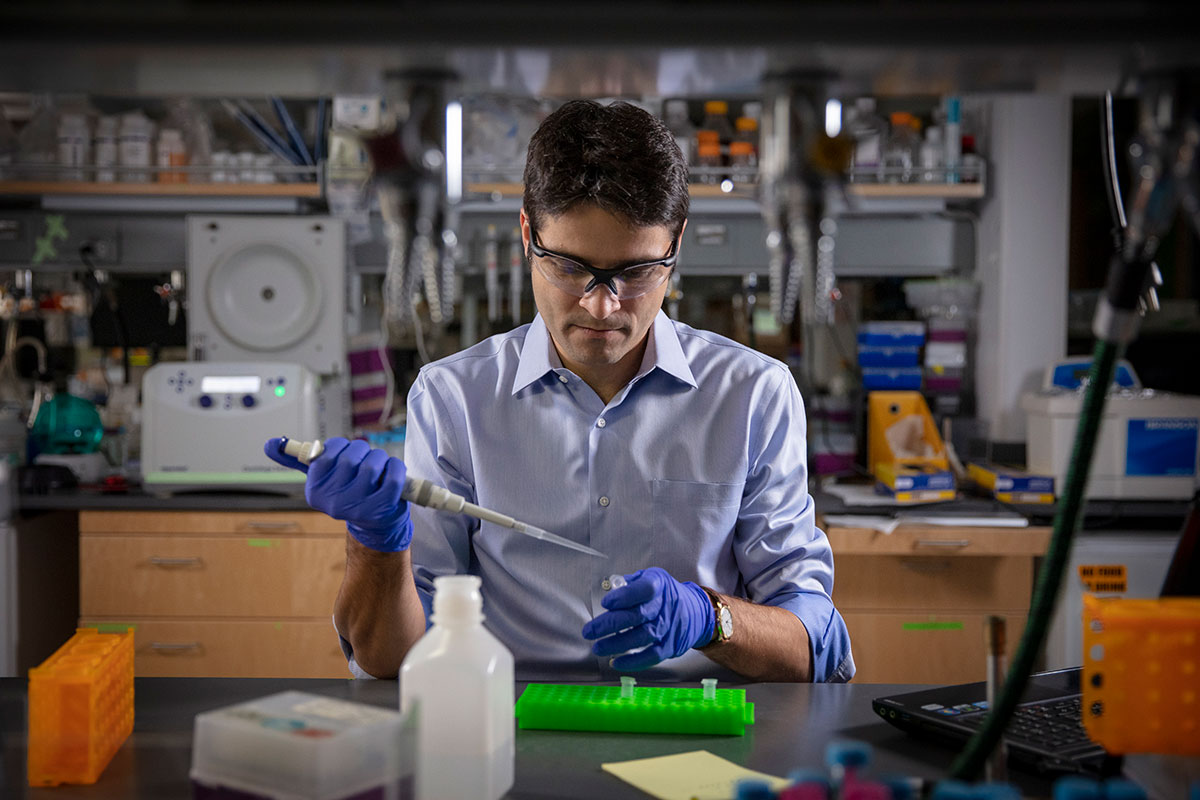 Their trust was not misplaced: Mikhail managed to secure $5 million in investments and helped the group set up their company. And, by the end of the process two years later, Mikhail had become fascinated by the quest for technologies that could help scientists better understand what was happening inside the brain and the body.

With this mission in mind, Mikhail decided to pursue a PhD in bioengineering and found a home at the Massachusetts Institute of Technology, in the labs of Robert Langer and Alan Jasanoff. At the time, the field was experiencing a revolution: A few years prior, scientist Roger Tsien had discovered how to genetically engineer fluorescent reporter proteins into living cells. These proteins originate from bioluminescent jellyfish and emit a fluorescent light; when engineered into living cells, the light allows scientists to observe and track a wide array of biomolecules, offering unprecedented insight into how they interact with other elements in the body. 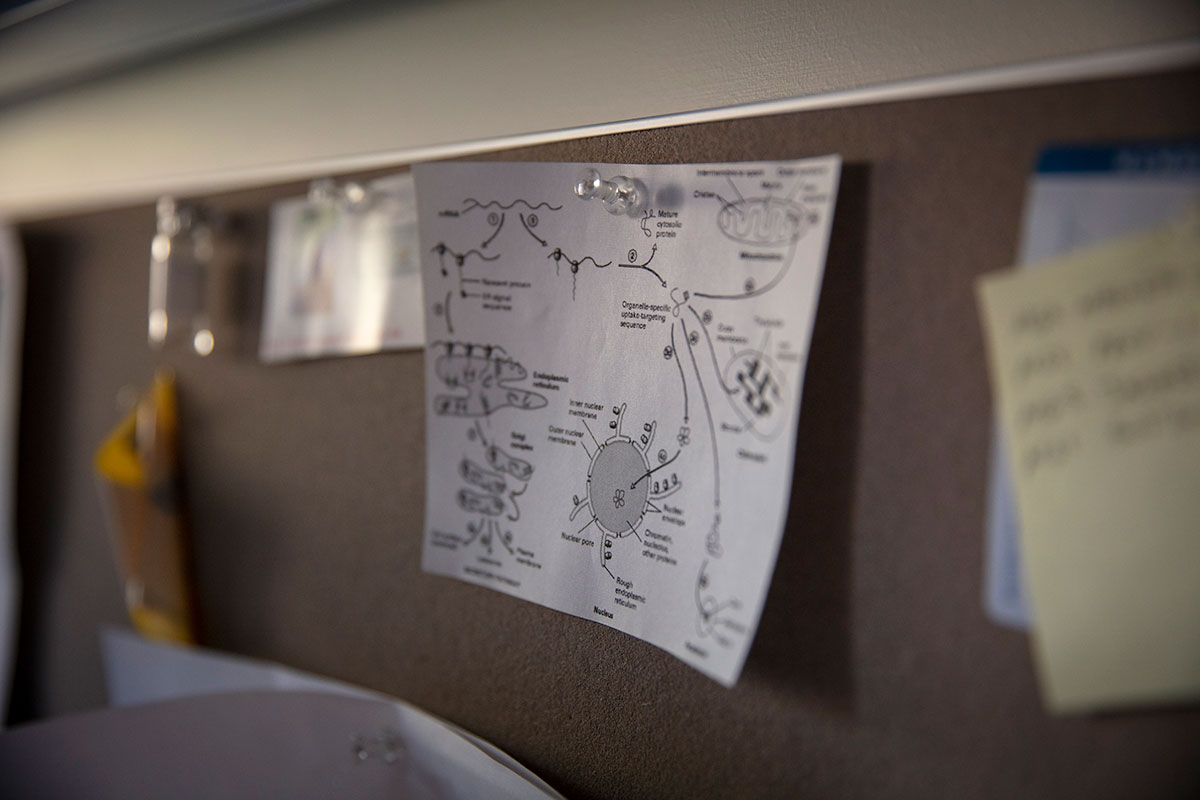 While the technology represented an extraordinary advance, there were limitations. For one, the body is opaque, and light is difficult to observe in its interiors. “So for a long time I was interested in finding and engineering and evolving unusual proteins that would interact with forms of energy that can permeate in and out of the body, like magnetic fields and sound waves,” says Mikhail.

During his doctoral studies, Mikhail developed a method of genetically engineering cells to become sensors on MRI scans, using a bacterial cytochrome—a protein that contains paramagnetic iron and thereby alters the intensity of MRI images. By engineering this protein to also bind dopamine in a way that turned on and off the iron’s MRI signal, Mikhail was able to make the first neurotransmitter sensor for MRI. This technology has allowed researchers to visualize dopamine and other clinically relevant biomolecules in the brains of living animals. 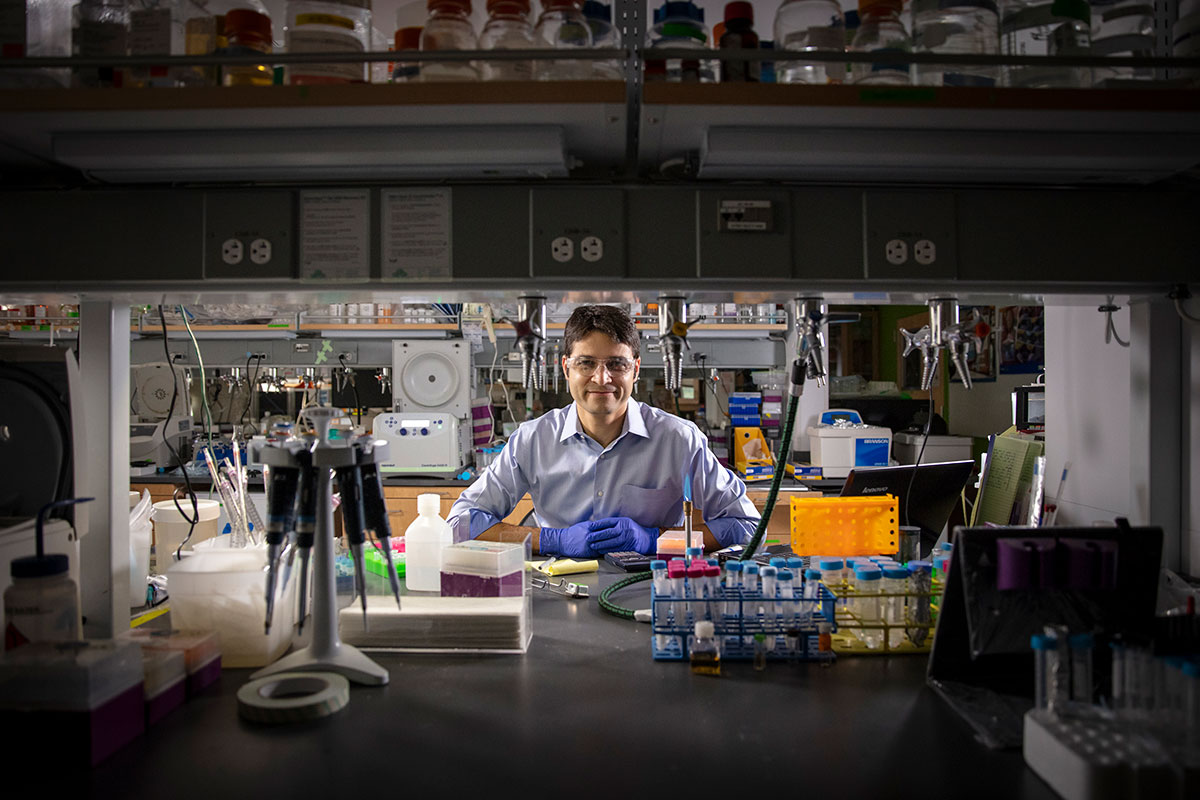 After a postdoctoral stint at the University of Chicago, Mikhail received the prestigious Miller Fellowship at the University of California, Berkeley. Although he intended to continue refining existing imaging tools, he discovered, by chance, an entirely new class of tools based on ultrasound.

Mikhail was reading through publications on bacteria when he happened upon an aside about gas vesicles—a strange biological feature that was first discovered in 1895 and then mostly forgotten. Gas vesicles are found only in a few subclasses of photosynthetic bacteria that live in water; they are gas bladders that help bacteria float to the surface to better enable photosynthesis. Because of their specificity, few biologists ever learn about them. 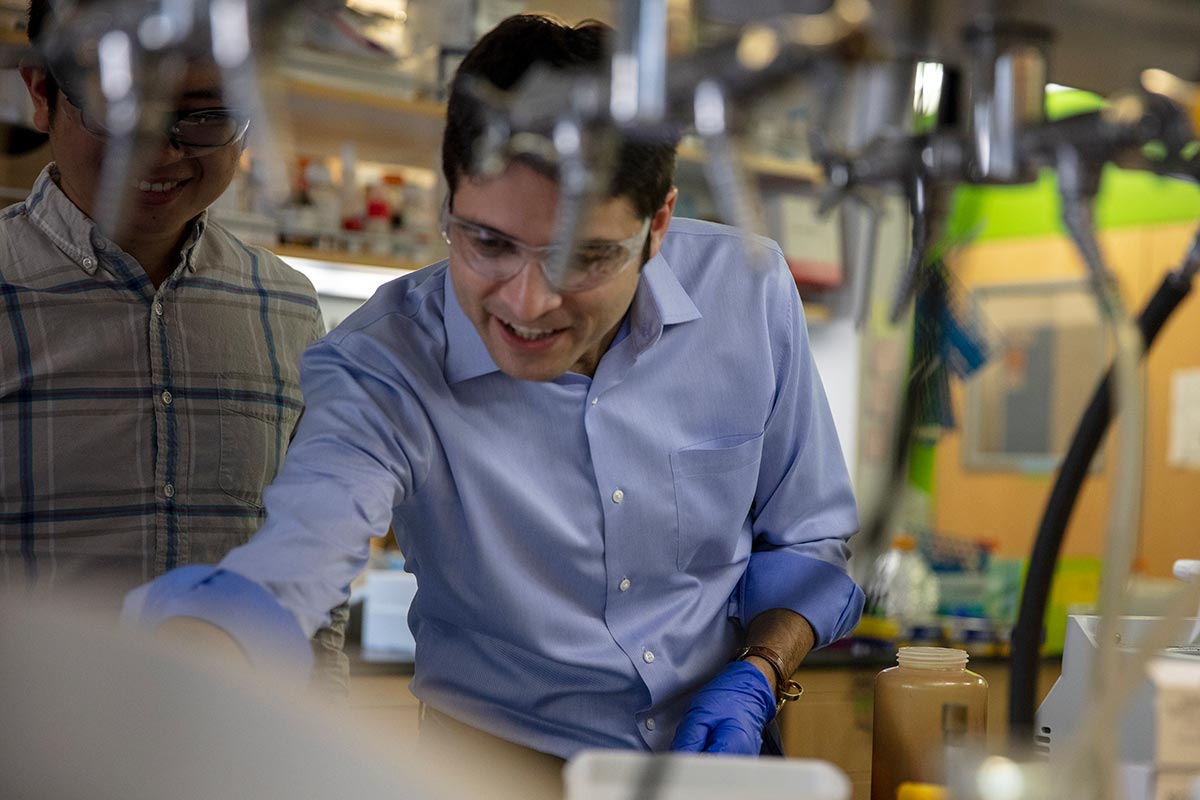 “I said, ‘Wait a minute, that’s weird,’” Mikhail remembers. He immediately realized that if the feature could be engineered into other cells and bacteria, it would create differences in density that would scatter sound waves, making them detectable via ultrasound.

After some experimentation, his hypothesis proved correct, ushering in a new class of noninvasive, high-resolution imaging tools. “Just as green fluorescent protein was the first fluorescent protein, gas vesicles are the first acoustic protein,” Mikhail says. As a result of his PhD and postdoctoral research, Mikhail was offered a position at the California Institute of Technology, where he is now a professor of chemical engineering and an investigator of Caltech’s Heritage Medical Research Institute. 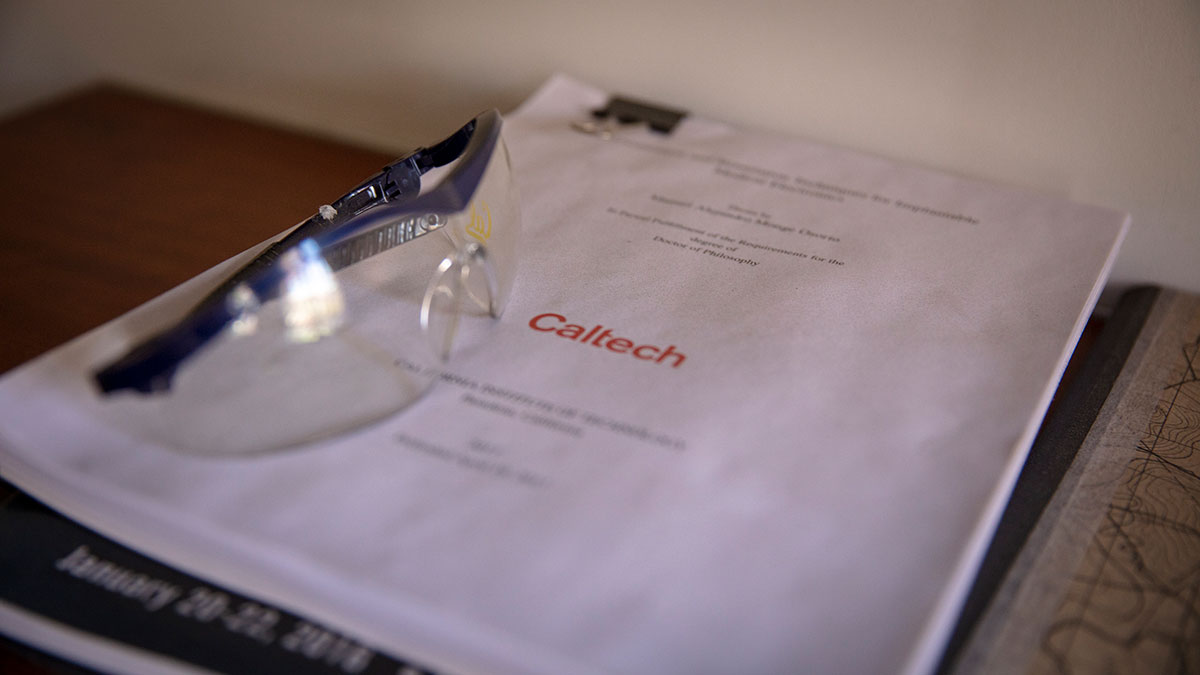 There, he works on further engineering and applying ultrasound and MRI tools to biological problems. “Just as the basic discovery of the green fluorescent protein was followed by an explosion of engineering applications that made fluorescent proteins and sensors a core tool in all of biological research, we are at a similar exciting stage with our acoustic and magnetically active proteins,” Mikhail says.

For one, they can be used to visualize and diagnose the mammalian microbiome, the extraordinarily complex community of microbes that live in and on mammals that is inextricably tied to our biological functions.

“Even if you’re just talking about the gastrointestinal tract, the bacterial population that lives in your small intestine is very different from the bacteria that live in your large intestine,” Mikhail says. “Being able to see the bacteria and monitor their function inside of a living mammalian host could be very beneficial for basic scientific research.” 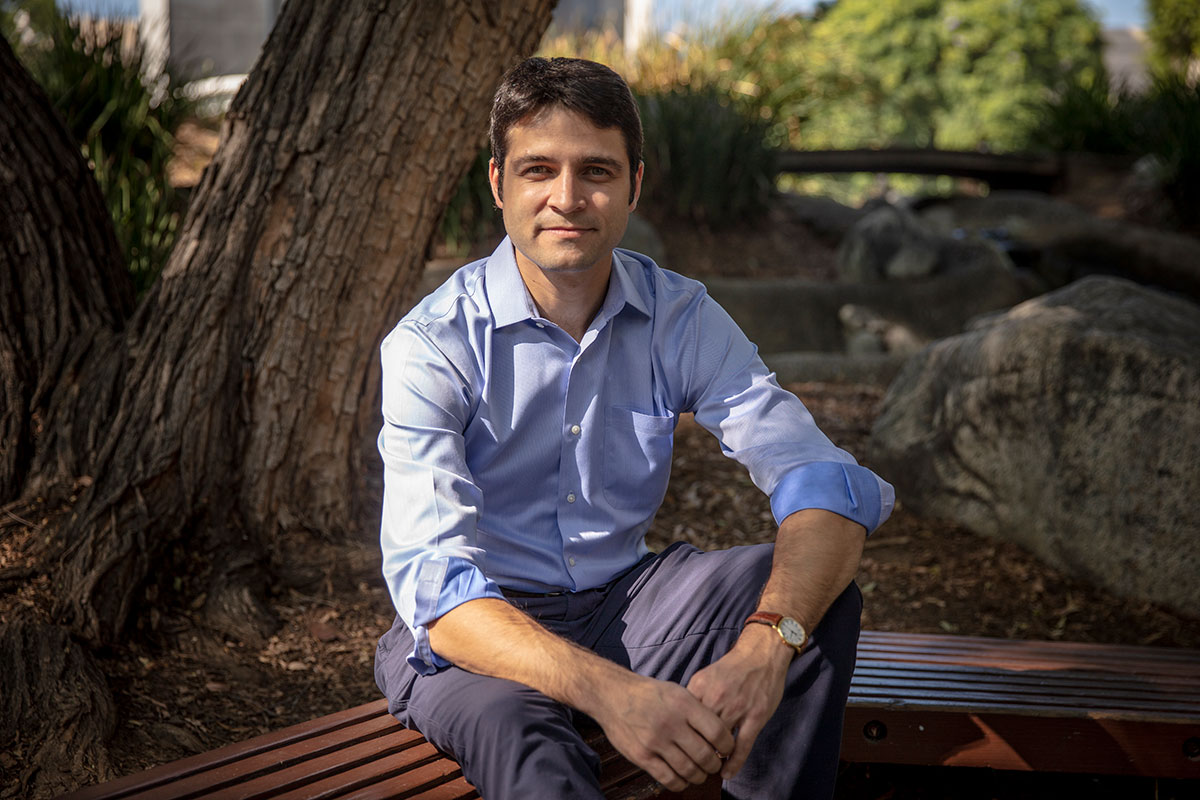 And for another, the gas vesicle protein has great potential as a complement to bacterial-based therapeutic agents. Researchers are looking into synthesizing probiotics that have been genetically engineered to be beneficial—e.g., a bacterium that could be swallowed to populate the GI tract, detect inflammation, and release anti-inflammatory compounds. By encoding gas vesicles into such agents, clinicians could monitor where these bacteria are in the body and make sure they are in the right place, and remotely activate them via ultrasound when they are.

Mikhail’s technological advances have not only irrevocably expanded the frontiers of human knowledge, but they have allowed others to do so as well, setting in place a cascade of discoveries that increasingly shed light on myriad dimensions of life. For a failed dot-com entrepreneur, he could have done much worse. 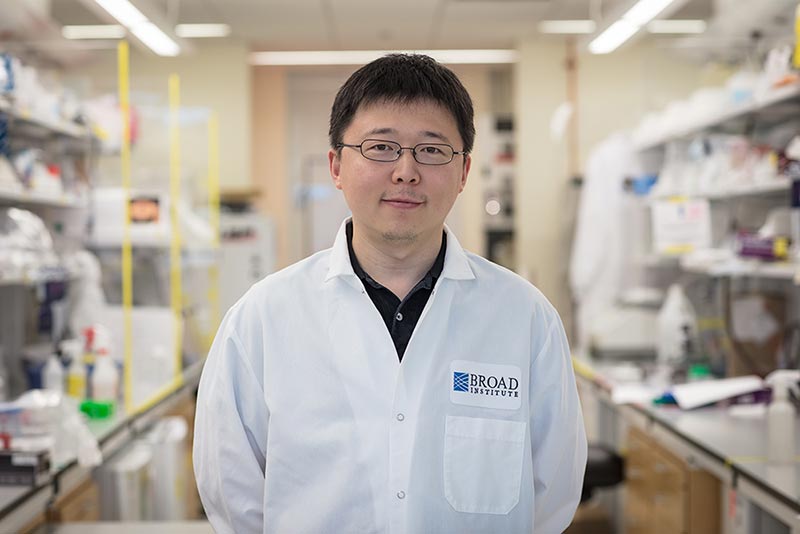