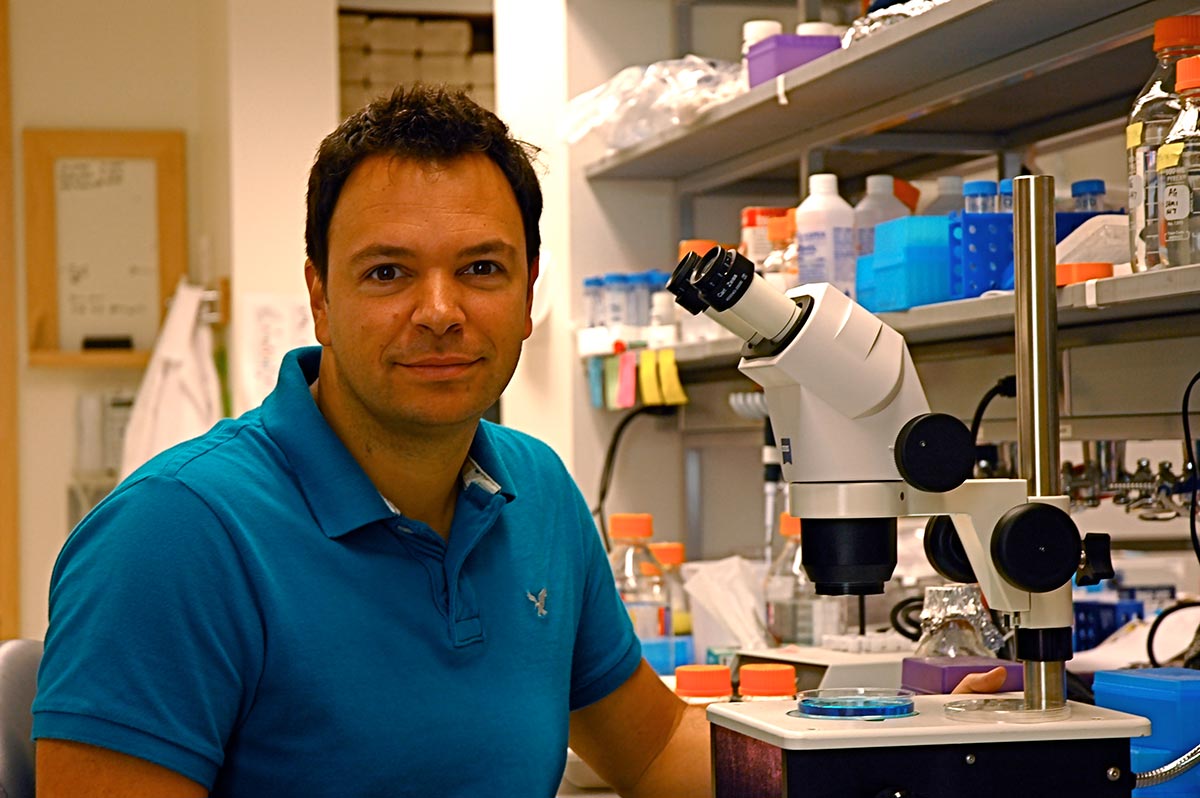 Raised in winemaking country in Jerez, Spain, Antonio Giraldez was too young to drink the region’s specialty sherry but just the right age to play with the petri dishes and beakers that his father, an administrator in a winery, brought home from the scientists at work. They became the founding components of the 10-year-old’s bedroom chem lab.

Wine and chemistry initially came together for the buddying scientist at the University of Cádiz, where he investigated the effect of the sun on the polyphenol compounds in sherry. Studying at the Universidad Autonoma de Madrid, Giraldez came in contact with “really big science” and was introduced to fly genetics and “the wonderful world of developmental biology.”

It was while he was working on his doctoral project, wing formation in fruit flies, that a discovery made by other investigators in the lab — of the first microRNA (a small RNA important in the regulation of gene expression) identified in the fly — captured his attention and held it ever since. As a postdoc he began to formulate his own research in the emerging field of tiny RNA (microRNAs) molecules that regulate protein expression.

Now an associate professor in genetics at Yale, working from his own laboratory there, Giraldez and his team are focused on answering such questions as: How does an embryo develop from a fertilized egg? How is the machinery set in motion to activate the right genes at the right time after fertilization? Already, exciting findings they have made “represent the beginning of life from a transcriptional standpoint, and uncover the long-sought factors that initiate zygotic development in vertebrates.”

Yibin Kang receives the Vilcek Prize for Creative Promise in Biomedical Science for identifying novel genes involved in cancer metastasis, unraveling dynamic interactions between tumor cells and their microenvironments, and uncovering the role of stem cells, microRNAs, and other noncoding RNAs in cancer.