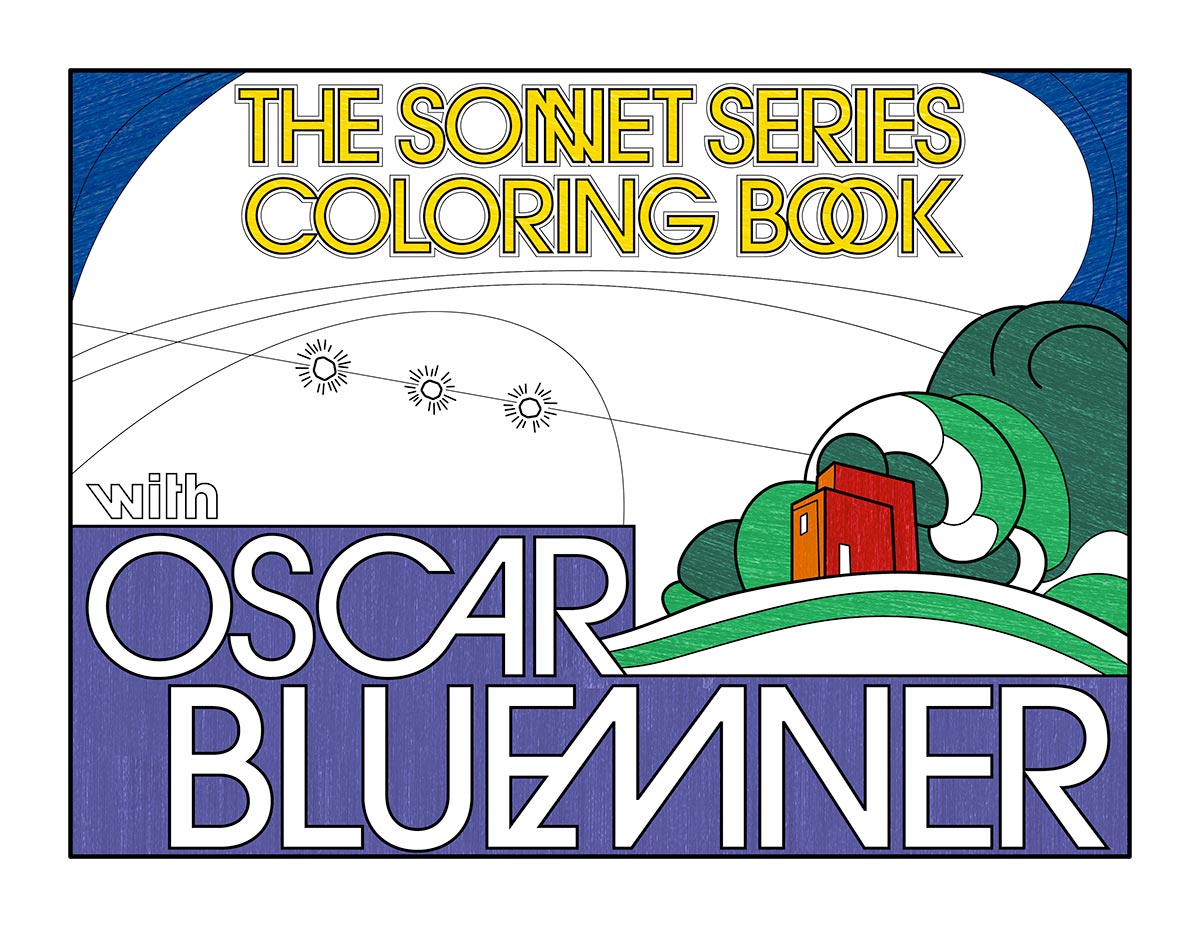 American Modernist painter Oscar Bluemner created The Sonnet Series between 1935 and 1936. The series is a suite of 12 sketches inspired by a series of 12 sonnets by Bluemner’s friend and contemporary Eirene Mungo-Park.

The sketches were intended as studies for paintings but Bluemner died before they were realized. Renowned for his use of vibrant color in his paintings, these works are striking for their absence of color; rendered in black ink, crayon, and charcoal, the series is a testament to Bluemner’s mastery of composition.

Corresponding to the series of 12 sonnets, a narrative arc and lyricism are evident as one proceeds from the first through the 12th work. The fourth work in the series went missing sometime between 1967 and 1982, and there are no known images of that sketch, “No. 4 Cottage.” These facets relative to the series’ creation and presence make it a particularly compelling subject for a coloring book. To honor the missing fourth work, a blank page is included for “No. 4 Cottage,” inviting users to imagine/create their own composition.

Presenting 30 works of the American Modernist period, ready for you to complete, whether by reproducing the original vibrant palettes or by experimenting and letting your creativity run free. 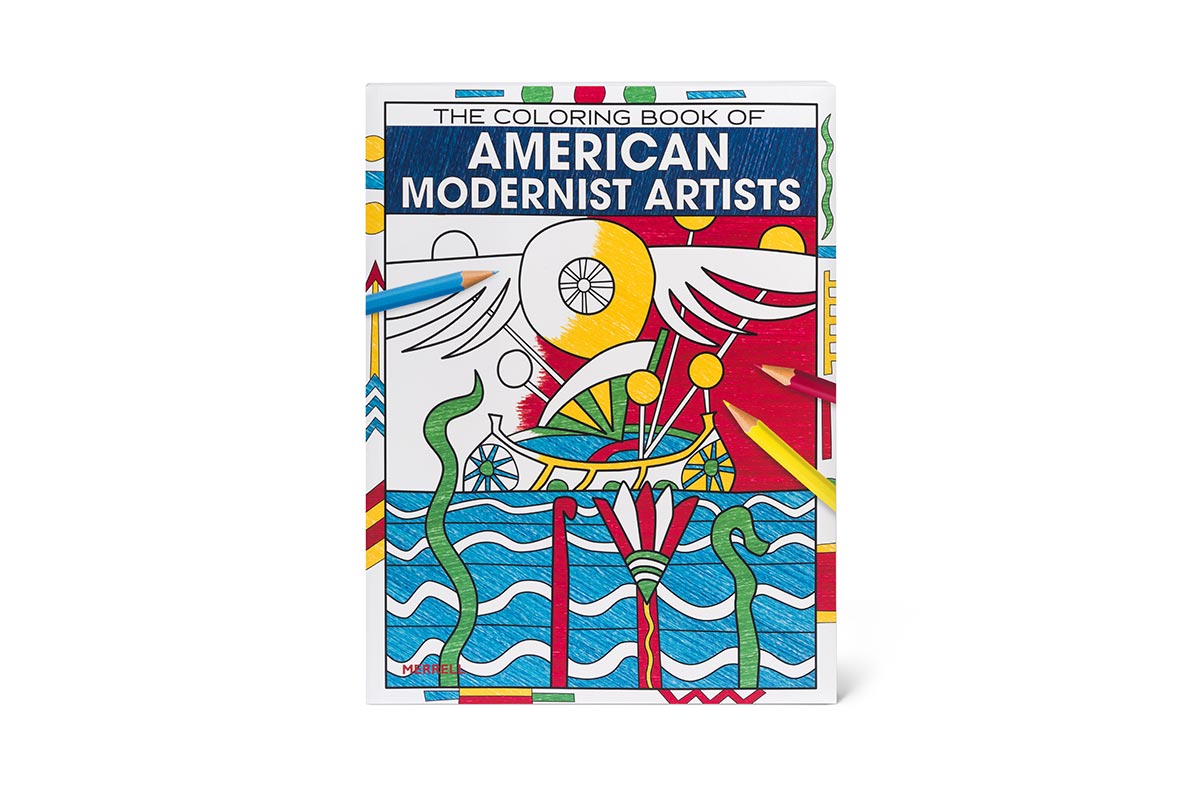 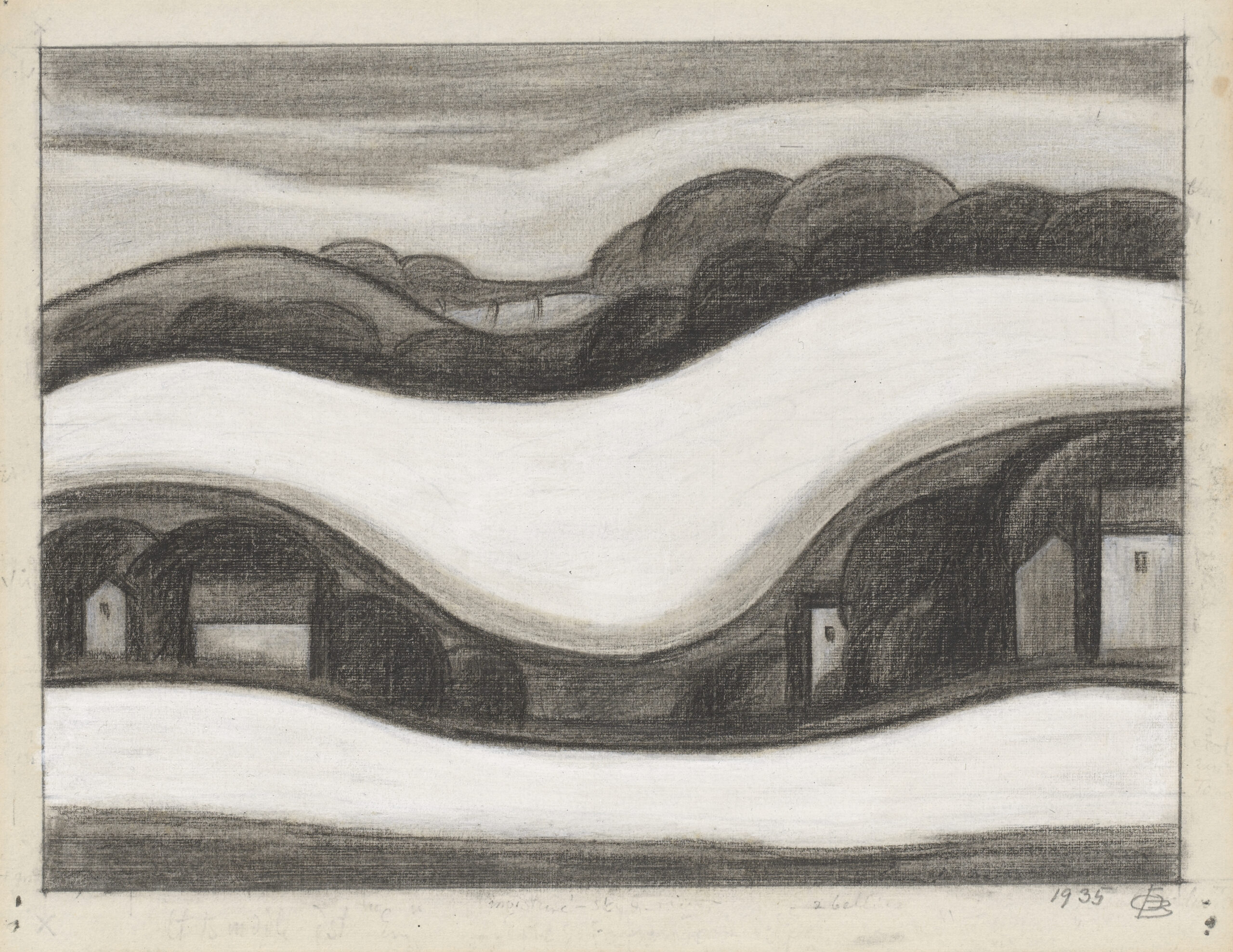