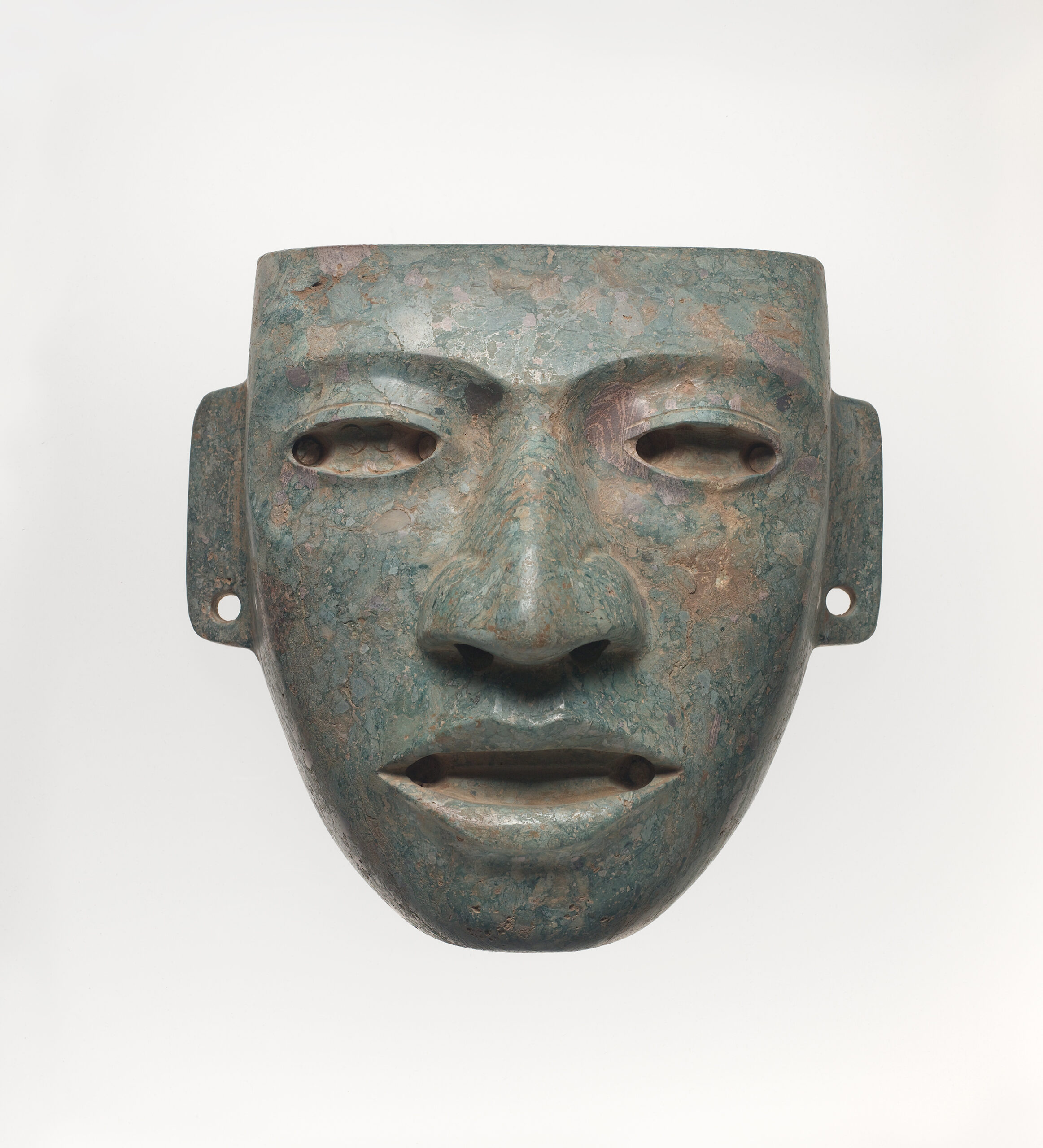 Carved from a single piece of mottled green-gray stone, this naturalistic mask has large eyes, a broad “aquiline” nose, and an open mouth, revealing the skill to work through stone that Teotihuacan artists developed over millennia. Given the size of the mask, the holes in the ears and nostrils, as well as the spaces in the eyes and mouth, it was probably worn by a very elite individual or created to accompany one to the afterlife. Such funeral masks were sometimes adorned with metal (probably iron-pyrite) inlaid eyes, teeth, and earrings. Through the creation of such works, the beliefs and authority of elites, as well as the permanence of Teotihuacan society, were displayed, reinforced, and reproduced.

From about 100 BCE until 200 CE, the monumental city of Teotihuacan arose in the Valley of Mexico.

Though the civilization likely endured until around 600 CE, the city eventually declined. Pervasive evidence of highly selective fire reveals that the ruling elite of Teotihuacan lost legitimacy and were likely overcome by an angry populace, a foreign power, or both. By the time the Mexica (Aztecs) arrived in the Valley of Mexico centuries later, the site was shrouded in mystery, incorporated into Mexica beliefs, and eventually named Teotihuacan, or “Abode of the Gods.”