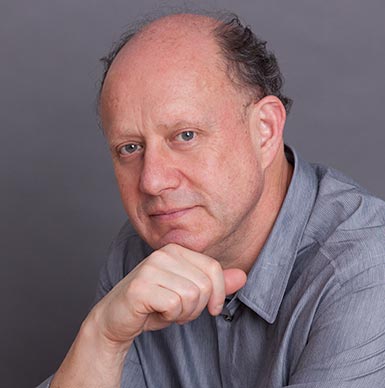 “Sometimes you look back in life and think of the fortunate events that have happened that were beyond your control and design,” says British-born neuroscientist Thomas Jessell.  For Tom, arriving at Harvard Medical School in 1978 for a Harkness postdoctoral fellowship with renowned scientist Gerald Fischbach was one such fortunate event.

Then, the discipline of neuroscience as a unified field was relatively recent, established at Harvard by Stephen Kuffler only a decade or so ago.  The newly minted field brought together the disciplines of biochemistry, anatomy, and physiology into a coherent whole, and this coherence was very much in evidence in the Fischbach lab.

After his Harkness fellowship, Tom joined the faculty of the Department of Neurobiology at Harvard Medical School, before accepting a position at Columbia University in 1985.  Nearly 30 years later, Tom is the Claire Tow Professor in the Department of Neuroscience and the Department of Biochemistry and Molecular Physics; he has also been an Investigator with the Howard Hughes Medical Institute since 1985.  In addition to his teaching and research, Tom oversees the development of the Mortimer B. Zuckerman Mind Brain Behavior Institute, scheduled to open in 2016.  The Institute will draw together various disciplines — of biomedical science as well as the social sciences and humanities — to explore the mechanisms of the brain, the workings of the mind, and the complexities of human behavior.

Mind and behavior are linked in an intricate way that dictates all of human thought and action, and at the center of this interplay are the complex circuits that comprise the brain.  The brain essentially does two big things: It takes in and stores information, and it guides behavior through the motor system.  “The expression of behavior, at its core, relies on movement,” Tom says, “and every aspect of behavior is channeled through the nervous system,” from autonomous functions like breathing and blinking to complex motor skills like playing a musical instrument.

Tom’s research focuses on deciphering exactly how the brain and the body connect to control behavior.  His lab has pioneered investigations into the assembly and organization of the neural circuits in the mammalian spinal cord, and he is interested in the process by which motor circuits interact with the biomechanics of the musculature — a fundamental question of “where the neural rubber hits the muscular road,” Tom says.  While his research is not clinically focused, understanding the link between basic discovery and applied utility will surely have an important impact on the treatment of spinal cord injuries, strokes, and neurological diseases such as Alzheimer’s and multiple sclerosis.

Despite its importance, current knowledge about brain dynamics remains all too fragmentary.  “Brain science is arguably the last frontier of the biomedical sciences,” Tom says.  “We strive to gain insight into one focal topic in the brain sciences, in the full knowledge of the vast unknown.  An oft asked question is whether the human mind can ever fully understand itself — many neural scientists feel that despite the evident challenges, the answer has to be largely in the affirmative.”

While there is still a long road of discovery ahead for the field of neuroscience, Tom believes that the next several decades will yield many advances, both in gaining core intellectual insight into brain function, and in the design of effective treatments for neurological and psychiatric disorders.  The basis for this hope, Tom maintains, is found in the laboratory: “The future is in the young people in the lab, who are bringing new perspectives, insights, and skills — yet attacking a common problem,” he says. “This is the excitement of neural science at the beginning of the 21st century.”