The Vilcek Prize: An Evolving Design of Typography and Innovation 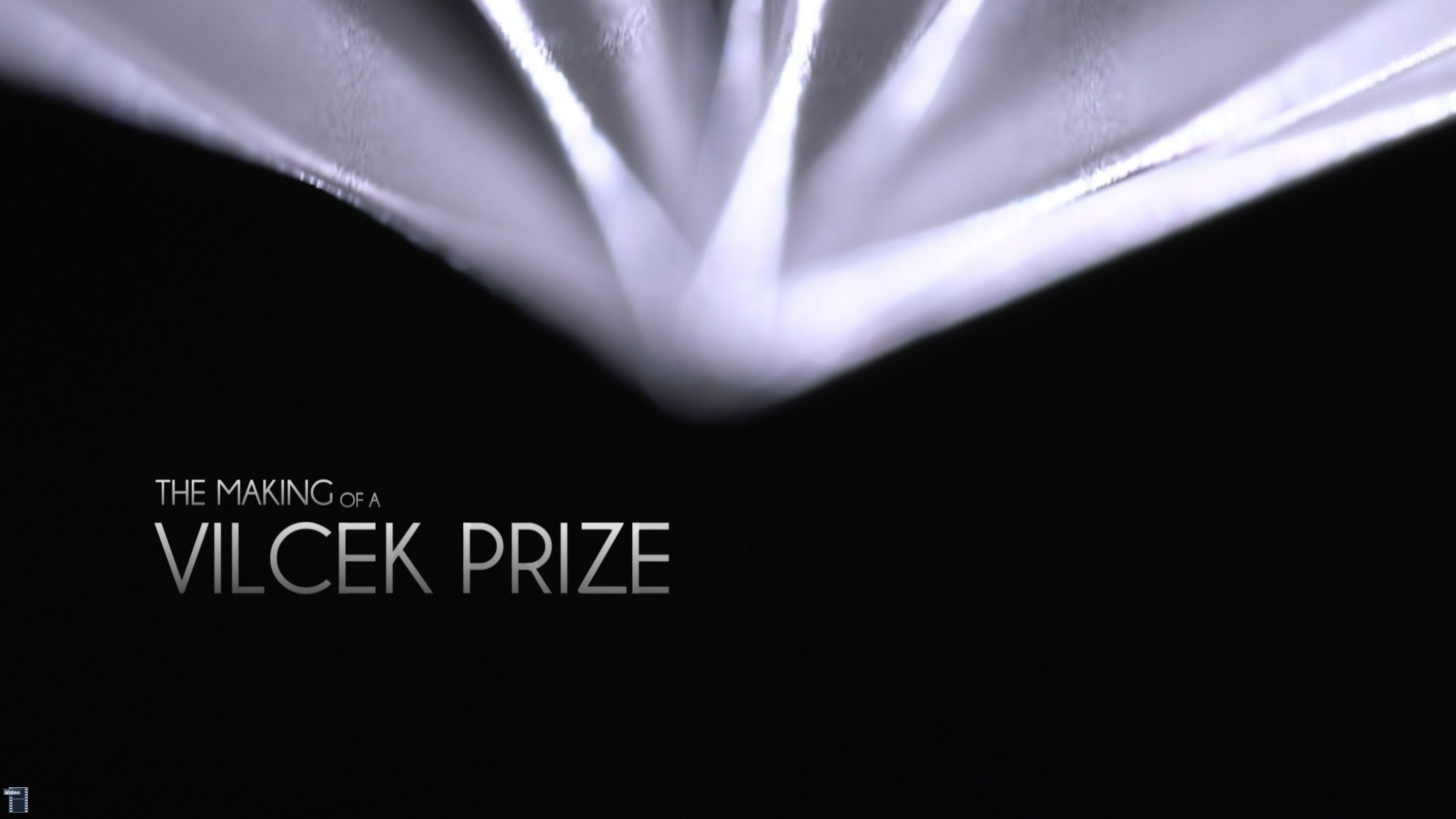 The Vilcek Foundation believes that immigrant contributions are invaluable to advancing American arts, sciences, and culture. The Vilcek Prizes were created in 2006 to pay tribute to individuals whose accomplishments embody this belief. Each year, a prize is awarded to a professional in the field of biomedical science and another in the arts and humanities; 10 arts categories, including music, film, design, and fashion, have been recognized since 2006.

To honor such remarkable individuals, Rick Kinsel, executive director of the Vilcek Foundation, envisioned an award object that reflected the transformative journeys of every prizewinner, both personal and professional. “I wanted the Vilcek Prize to be like something we have never seen before; also, it needed to represent the idea of someone reaching the pinnacle of individual achievement.” Each trophy would be entirely unique — no two alike, Rick imagined, reflecting the distinguished lives of each recipient. And to match the high caliber of each prizewinner’s artistic and scientific work, he pushed for the use of bold new technologies. With this challenging set of creative requirements, the foundation sought the expertise of celebrated graphic designer Stefan Sagmeister, an Austrian native. The solution was to be found in typography: Stefan’s design featured a 12-inch pyramid emerging from carefully set typography featuring the prizewinner’s name. “It’s only when you turn the prize around that you realize where the design is coming from, where those ridges are coming from — that it’s all bound to the individual,” says Stefan.

The prize was designed with evolution in mind. Each prize is customized based on the name of the prizewinner, and new typefaces are evaluated every year, enabling the prize to transform over time. Since its inception, the Vilcek Prize typeface has advanced from Gravur, to Lunatix, and most recently, Isonorm — staying current with emerging design trends and technological advances in 3D printing.

The Vilcek Prize type arrangement and font are evaluated every year. In 2016, the Isonorm typeface was introduced after using Lunatix in previous years.

The Vilcek Prizes are designed by configuring the typography of the prizewinner’s name and prize year in a digital 3D environment. With a technique called stereolithography, a form of additive 3D printing, the parts of the prize are created using a 3D Systems Viper iPro machine with a clear photopolymer resin, each a four-thousandth of an inch, layered one on top of the other. To this day, stereolithography is a leading method for extremely detailed rapid prototypes.

With a completed prototype, the Vilcek Prize is then cleaned with a solution of alcohol in an ultrasonic machine to remove excess resin. An ultraviolet oven cures the resin object to be prepared for sanding and finishing. Each of the many surfaces and grooves on the prize is meticulously hand-sanded and perfected. A highly reflective chrome surface plates the entire prize, while a semi-matte paint covers the spire. A significant amount of time is spent handcrafting and polishing the prizes before they are presented to the award winners.

To date, the Vilcek Prizes have been awarded to 23 foreign-born artists and biomedical scientists with records of major achievement in their fields. “The Vilcek Prize is very meaningful, because it is awarded to people who have found a new life and have found a way to fulfill their dreams and careers in the United States,” says Paola Antonelli, senior curator of architecture and design at the Museum of Modern Art. “Having that award in one’s hands signifies achieving one of the goals in life, which is to create something of real worth in the world.”