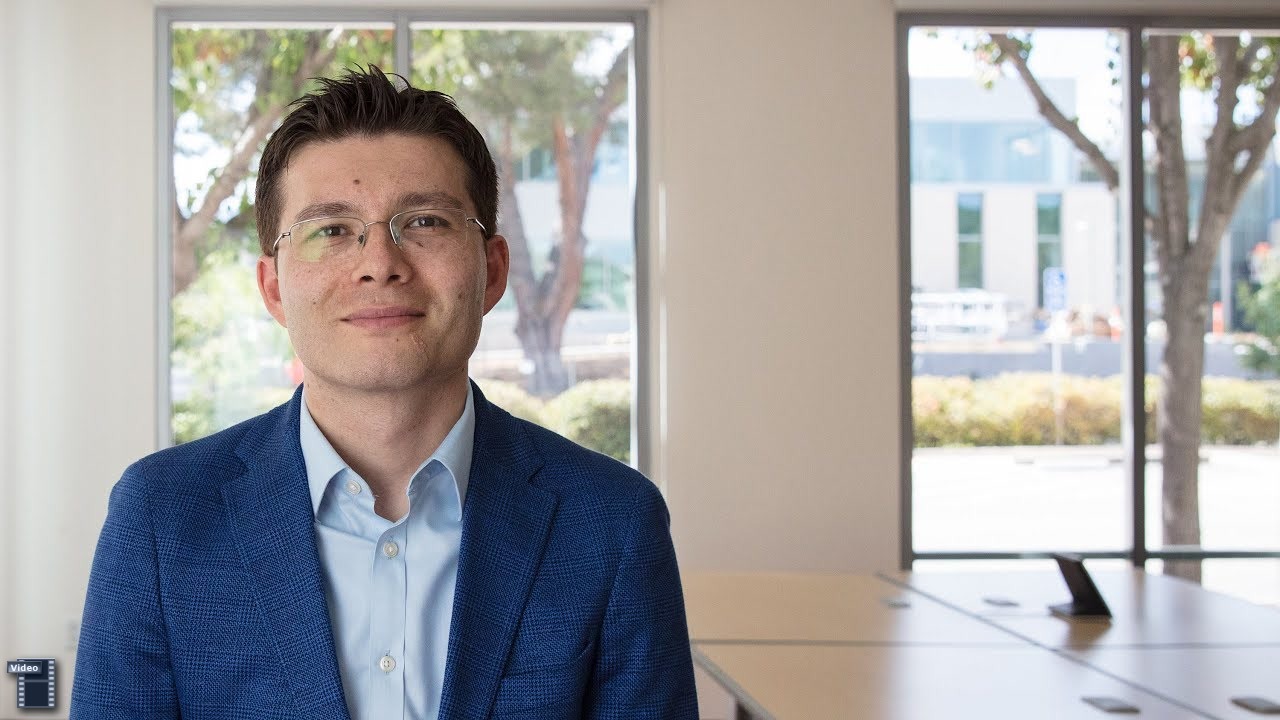 “This prize is a recognition that it is possible to do exciting research in the U.S.,” says Creative Promise Prizewinner Sergiu P. Pasca, “even if you start [somewhere] far away.”

His modesty belies the intensity and rigor with which the Romanian native has pursued his goal of conducting research. Having won a national chemistry championship in the 12th grade, Sergiu received a full scholarship to Hatieganu School of Medicine, one of the best schools of medicine in Romania. Although he had been enamored with science for most of his adolescence, he had not had an opportunity to try his hand at research. Eager to start, Sergiu approached his biochemistry professor, Maria Dronca, and asked to take part in her research. She told him to focus on his first year of medical school; if he did well, then she would look into research opportunities for him.

“I worked really hard and slept little,” Sergiu says. “I thought that if I got a really good score, then I would finally see what’s behind those walls, because I imagined that there were amazing labs and research to which I didn’t have access.”

His disappointment was severe when he returned to his professor, having finished first in a class of approximately 400 students, and realized that the laboratories of his university had long been defunct. The equipment was outdated and there weren’t any funding opportunities the school could have applied to. Nevertheless, inspired by his tenacity, Professor Dronca purchased one set of reagents, capable of running 50 reactions, out of her own pocket. “It was a significant amount of money,” he says. With such precious resources, Sergiu and his mentor took their time designing their experiment. Over the next year, they would meet two or three times each week to read over biochemistry papers. The arduousness of their task was compounded by the fact that they had little access to scientific literature, or even the internet. “I would go to an internet café and write emails to professors, asking for free copies of their papers,” Sergiu remembers. “It was a slow process.” Once he started receiving papers, Sergiu then painstakingly taught himself English so that he could read them.

Realizing that most studies would require a large cohort and more resources, the two opted instead to study a rare disease, where a small sample size could still offer valuable insights. “At the time, autism was becoming recognized as a more common disease but it was still relatively rare,” Sergiu says. “So I thought, why don’t we study autism?”

After speaking with clinicians, Sergiu set off to collect blood samples from children diagnosed with autism. He had expected resistance from parents, but to his surprise, many met his request with tears, so grateful were they to know that someone was trying to understand the disease. “That was my first realization that the research I was doing might actually matter,” he says. “That this could go beyond scientific curiosity.”

The results of the experiment showed metabolic alterations in children with autism, and Sergiu published the results in an international journal as a first author—a tremendous feat for a medical student. Aware that he needed to “get closer to the brain” if he wanted to further his research on autism, Sergiu applied for postdoctoral fellowships in the U.S. upon graduation, eventually landing at the Stanford University laboratory of neuroscientist Ricardo Dolmetsch in 2009. There, Sergiu sought methods of understanding Timothy syndrome, a rare form of autism accompanied by heart defects, low blood sugar, and intellectual disability. “In psychiatry, we have really been left behind [other] branches of medicine in understanding disease mechanisms,” Sergiu explains. “If you think about the amazing therapeutic progress that we’ve had in cancer in the last several decades, and how much progress we’ve made in psychiatry, it’s a source of deep frustration.”

This is due to the extraordinary challenge of studying “inaccessible biology,” Sergiu says. Unlike a cancer researcher, who can take a biopsy and study a tumor, it is difficult for neuroscientists to access brain tissue from patients. Thus, Sergiu set out to create, through cellular reprogramming technology, brain cells out of a patient’s skin cells. In this process, skin cells are reverted back to stem cells, which are then given small molecules and growth factors to guide their development into brain cells, such as neurons or astrocytes.

Using this technique, Sergiu was able to recreate neurons from patients with Timothy syndrome; although it was known that the syndrome was caused by a genetic mutation, up until then its precise effects on a cellular level were poorly understood. Sergiu’s neural models, however, showed that the cells exhibited overactive calcium signaling, increased levels of neurotransmitters, and other differences. In 2014, Sergiu started his own lab, also at Stanford University, where he is now an assistant professor of psychiatry and behavioral sciences. Continuing his line of investigation, he decided to pursue the creation of even more realistic models of the brain. “The brain is a complex organ that has multiple regions, and these regions constantly talk to each other,” Sergiu says. “During development, cells move from a particular region where they may have been born to another region where they wire up with other cells into neural circuits.” None of these vital aspects were captured in his previous neuron models, however, and he began to play around with the idea of differentiating stem cells in suspension, instead of in a layer at a bottom of a plastic dish.

The result was the formation of structures called organoids, 3D tissue structures that closely resemble parts of the human brain in organization and function. Sergiu has also shown that these organoids can be put together to form assembloids—multi-region 3D brain cultures that talk to each other. They provide a wealth of insight not only into diseases that afflict the brain, but into the development of the human brain as well and are among the most realistic mockups of human brain development available to researchers today.

Sergiu still remembers his trepidation upon first arriving at Stanford. “I was not coming from a top school,” he says. “My medical school is not even in the top 1,000 universities.” He was pleased to find, however, that ideas and results trumped hierarchies and pedigree, and he was quickly accepted by his peers. And while perseverance may not be his actual middle name, it has brought Sergiu to an intellectual home among the brightest scientists in the world, and a lab of his own that continually produces marvels.