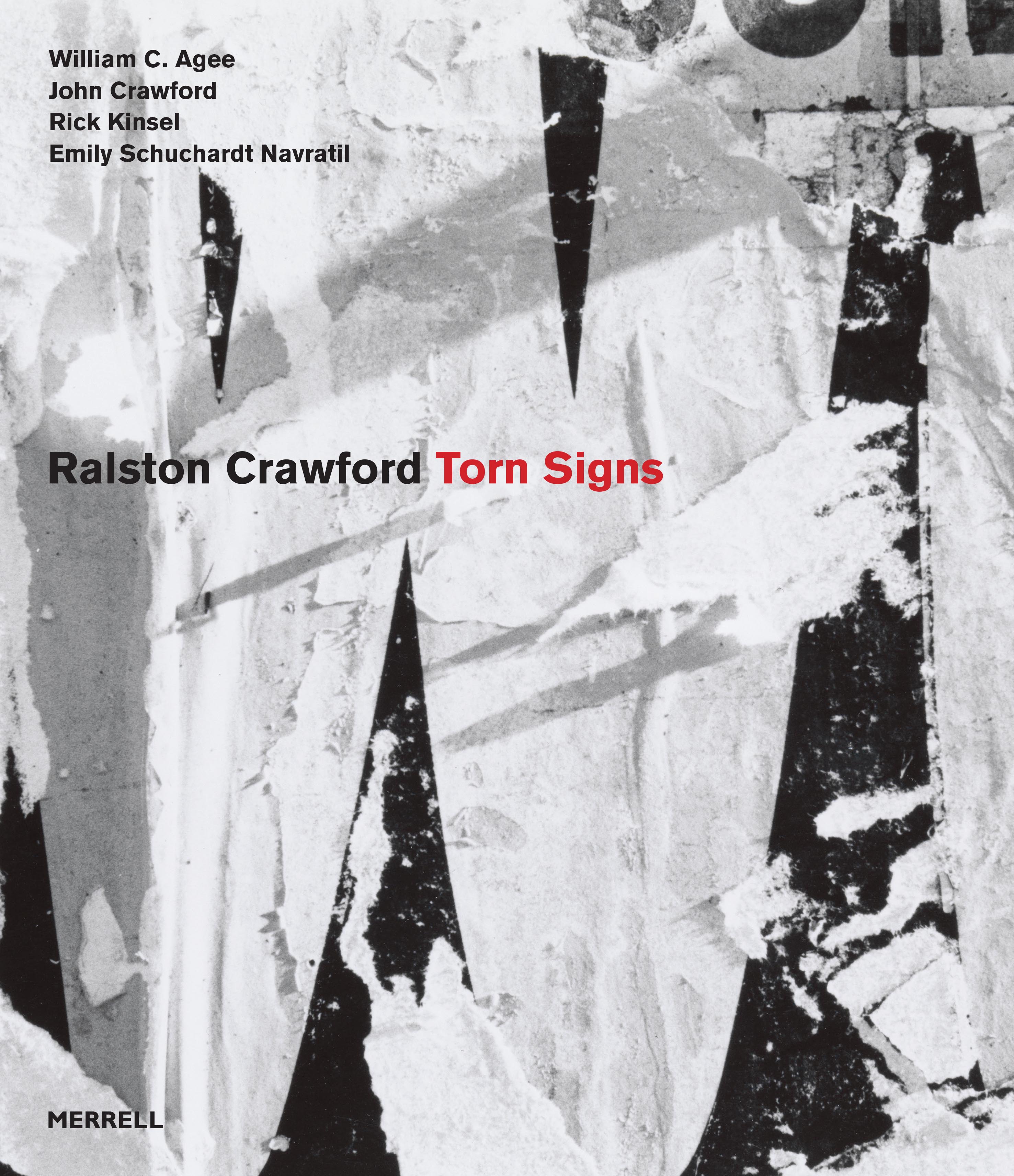 To complement the Vilcek Foundation’s opening exhibition, Ralston Crawford: Torn Signs, we are delighted to partner with Merrell Publishers to release an exhibition catalogue of the same name.

Featuring works from the Vilcek Foundation’s American Modernism Collection, alongside loans from John Crawford, one of the artist’s son, Ralston Crawford: Torn Signs presents an important but lesser known aspect of the modernist painter’s oeuvre.

The exhibition examines the confluence of two seemingly disparate series completed later in his life, Torn Signs—inspired by ragged advertisements on the street of New York—and Semana Santa, which depicts observers of Holy Week in Seville, Spain, and the ways in which they are connected through Crawford’s visual memory, working method, and sense of spatial organization.

In addition to reproductions of drawings, paintings, and photographs from the two series, the catalogue features essays by Vilcek Foundation President Rick Kinsel on the influence of Crawford’s travels to Europe; art historian and professor William C. Agee on the artist’s life and reaction to the historical events of the 20th century; sculptor John Crawford, on the relationship between the two series and the role of photography in their development; and Vilcek Foundation Curator Emily Schuchardt Navratil, on the genesis and context of individual works in each series.

The catalogue also features reproductions of pages from Crawford’s sketchbooks from 1971, providing insight into the artist’s visual memory, and his thoughts on color, the connection between drawing and writing, and his own life and death.

The catalogue is now available for sale, online and in bookstores!