On Loan: Four Pieces on View at the Met Breuer’s “Marsden Hartley’s Maine” 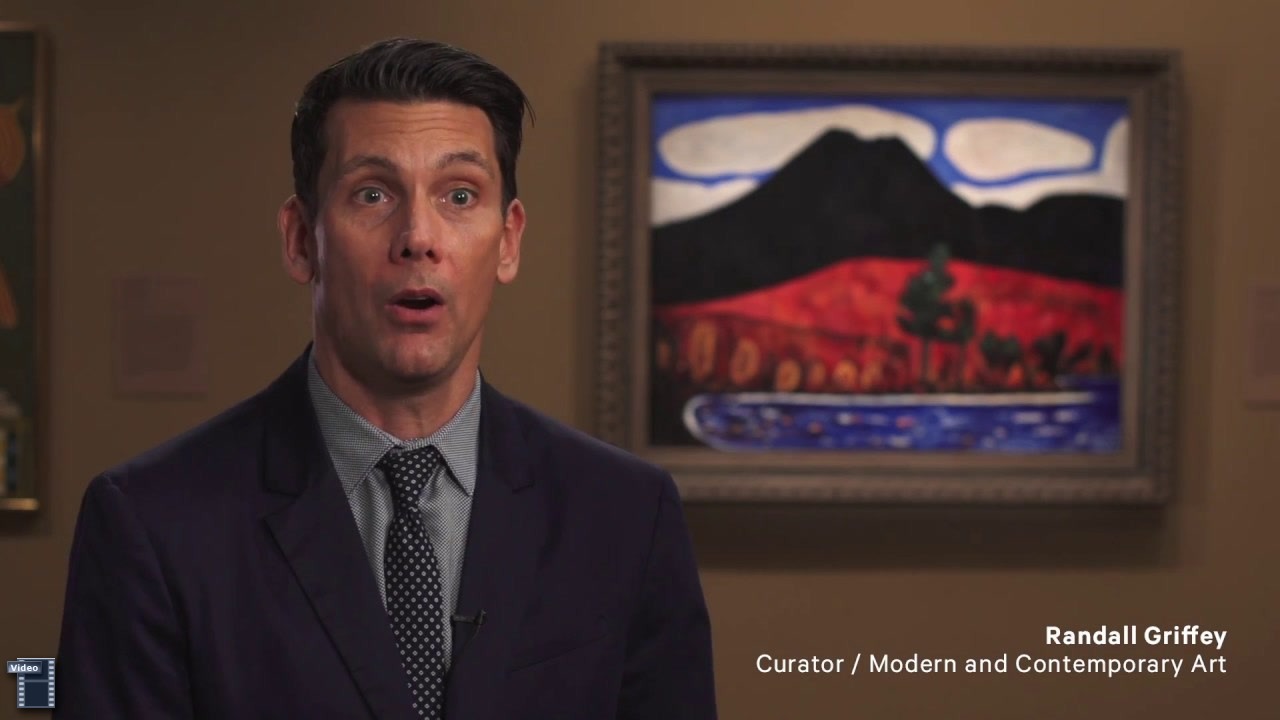 Four pieces from the Vilcek Foundation American Modernism Collection are currently on view at the Met Breuer as part of Marsden Hartley’s Maine. Featuring approximately 90 paintings and drawings, the exhibition explores the evolution of Hartley’s varied oeuvre through his depictions of his home state.

Hartley’s debut solo show took place in 1909 at Alfred Stiglitz’s 291 gallery. Listed first in the catalogue was a painting of a mountain in Maine titled “Silence of High Noon—Midsummer.” Created two years prior, the impressionist-style work, with its long overlapping brushstrokes and vibrant colors, is an early example of Hartley’s affection for his home state and his interest in illustrating its striking scenery. One hundred and eight years later, the painting, now part of the Vilcek Foundation American Modernism Collection, finds itself prominently featured in Marsden Hartley’s Maine. “Silence of High Noon—Midsummer” acts as point of departure in the exhibition, as it was in Hartley’s career. In the years following the Stiglitz show, Hartley’s art evolved as he was exposed to the many flourishing modernist movements during stays in New York, Paris, and Berlin. “Untitled (Maine Landscape)” from 1910, another piece contributed by the Vilcek Foundation, shows Hartley’s experimentation with a fauvist painterly style.

A large portion of the exhibition is devoted to Hartley’s more mature paintings from the late 1930s and 1940s, when he returned home to become, in his own words, “the painter of Maine.” He brought with him a unique aesthetic, influenced by Picasso, Matisse, and especially Cézanne. One section is dedicated to Hartley’s many portraits of Maine’s Mount Katahdin from that period, a series that was inspired by Cézanne’s paintings of Mount Sainte-Victoire. Displayed alongside the Mount Katahdin series is Hartley’s own painting of Cezanne’s beloved mountain, “Mont Sainte-Victoire,” which he completed while staying in the French artist’s former studio in 1927. The exhibition also makes clear that Hartley’s fondness for his home state went beyond its beautiful landscapes; it illustrates his ability to elevate Maine’s ordinary sights through his art. One assemblage features striking portraits of masculine working-class Mainers, such as lumberjacks, boxers, and boat workers; another section focuses on his simple but charming depictions of nautical creatures, including “White Sea Horse” from the Vilcek Foundation American Modernism Collection.