Mona Ghandi: Between Dreams and Reality 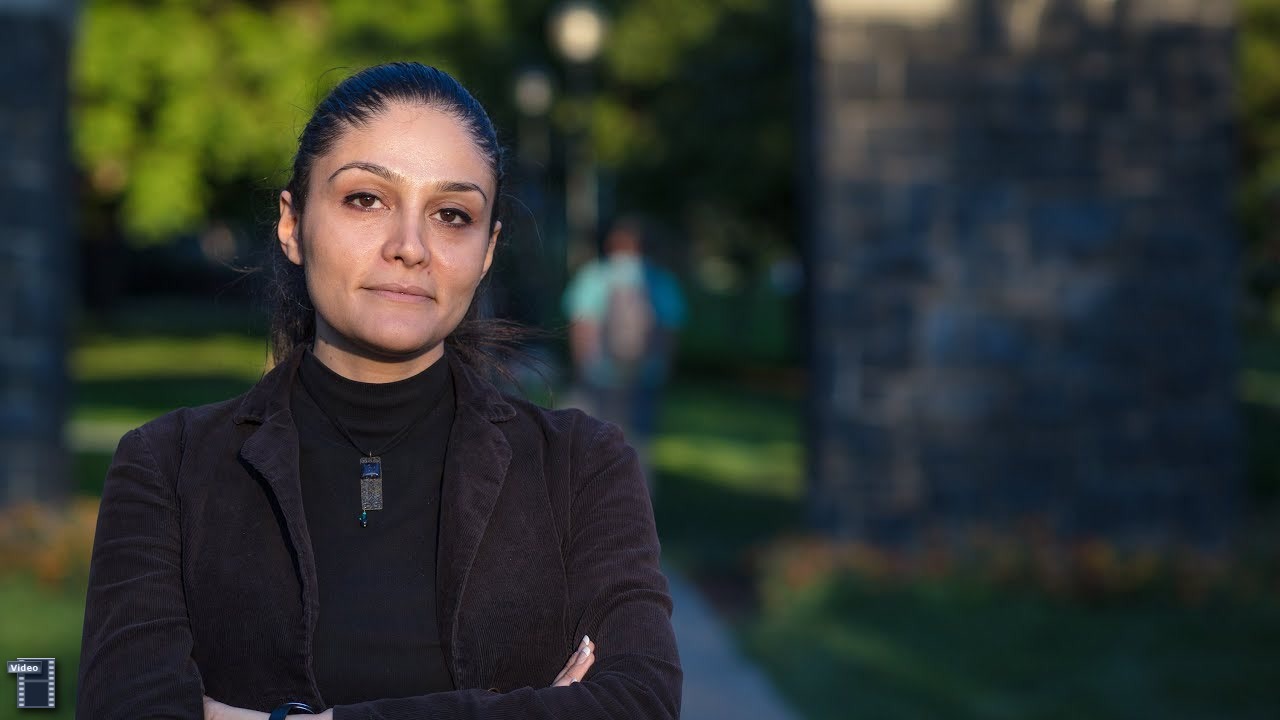 Creative Promise Prizewinner Mona Ghandi can pinpoint the origins of her interest in architecture to one fateful flight delay during a family vacation. Unexpectedly stuck in the city of Yazd, a little over 300 miles away from their home city of Tehran, the family took the opportunity to explore. Mona remembers peeking through a porous breeze wall and glimpsing young children playing, women drinking tea, and men engaged in backgammon, all arrayed around a public fountain.

She was deeply pleased by the social harmony brought about by the traditional Iranian architecture, and furthermore, it answered a question she had been struggling with. Caught between her love for art and her affinity for math, Mona saw a chance to bring the two together in architecture.

“I am a woman who swings between dreams and reality. I struggle between these two extremes,” Mona says. “Being in that neighborhood that day exposed me to how I could integrate these two things together and create beauty through math,” she says.

This sense of the liminal—of the space between what is real and what is possible—is what drives her research as an assistant professor of architecture at Washington State University. There, the Iranian native melds architecture with computational design, materials science, neuroscience, robotics, artificial intelligence, and more, toward the goal of creating a built environment that can sense and respond to its user’s emotional and psychological state. The field of architecture has long embraced this adaptive approach to address issues of sustainability and efficiency, but Mona seeks to create “compassionate emotive spaces with the capacity to resonate with cognitive synapses and emotions,” she says. Using sensors that collect physical, behavioral, biological, and brain activity data, and robotized structures that can self-adjust according to the data collected, Mona is developing a form of “smart architecture” that is defined by an empathetic and compassionate connection between the user and built environment.

Such architecture could have a variety of uses in the medical field, allowing people with disabilities, those with neuromuscular and motor system disorders, or elderly populations to regain control over their environments mentally rather than physically. Mona, however, imagines especially significant implications for people with autism, post-traumatic stress disorder, or other afflictions that affect their ability to communicate and interact. “The built environment can serve as an augmentation toolto compensate for those deficiencies and help expose the feelings and emotions of people who are not capable of expressing it. Here, built environment can become a mediumofinteractionandcommunication,” she says. It is her hope that her research will offer such groups, who are often underrepresented, more equality and independence.

And, in her wildest dreams, the boundary between the two will one day be dissolved, so that built environments can be seen as an extension of the mind. It would learn from the user’s behavior and respond to needs and desire in real time. “I would like to call them living organisms,” she says. Mona began her studies in architecture at Tehran University with a full scholarship, and upon graduation, she worked for commercial architectural studios. After seven years in the field, however, Mona found that she missed the educational environment and the excitement of research. Curious to learn more about the role of data and emerging technologies in architecture, and realizing that her gender would impose limitations on her career in Iran, Mona decided to apply for graduate schools overseas and eventually landed at the University of California, Berkeley. There, she reveled in the school’s history of social equality, its cutting-edge technological approach to architecture, and its wealth of critical research and scholars.

Studying at UC Berkeley laid the technical background for Mona’s current work, but she is fundamentally influenced by the landscape and architecture of her home country. “I grew up in a country where social interaction is an important aspect of culture,” Mona says, remembering the landscape of the countryside and the public spaces in cities where people of diverse social groups would mix and relax together. “As an architect, I have a passion to see human interaction facilitated by building environments.”

Mona’s desire to foster social interaction is a part of her belief that built environments should be adaptable. Just as traditional Iranian designs were built to serve a culture where social congregation was paramount, Mona believes that “the most congenial built environment is the one that does not limit us, or impose itself on our aspirations,” she says. “Rather, it has the capacity to change and respond to our needs in a fluid manner.” As an immigrant, Mona is aware that she is once again inhabiting a liminal space. She has felt nothing but welcome in the architectural community, where her contributions are lauded and her aesthetic appreciated. She admires the wealth of opportunity available here, regardless of gender, race, and ethnicity.

And yet, the recent travel bans on nationals from Iran have put a strain on her. She wasn’t able to see her family for over four years, as they could not secure visas to visit the U.S., and despite her green card, she has been afraid to leave the country for either personal or professional reasons, as the rules and regulations are subject to constant change and provide no guarantee that she will be allowed back. “It is shocking to that in the 21st century, you can still be labeled and restricted because of your nationality, race, or religion,” Mona says. “This discrimination is not fair.”

True to character, however, Mona does her best to integrate her dreams with her reality. “All these things are happening. We have to do our best to survive, be productive, and contribute to our cities and societies,” she says.