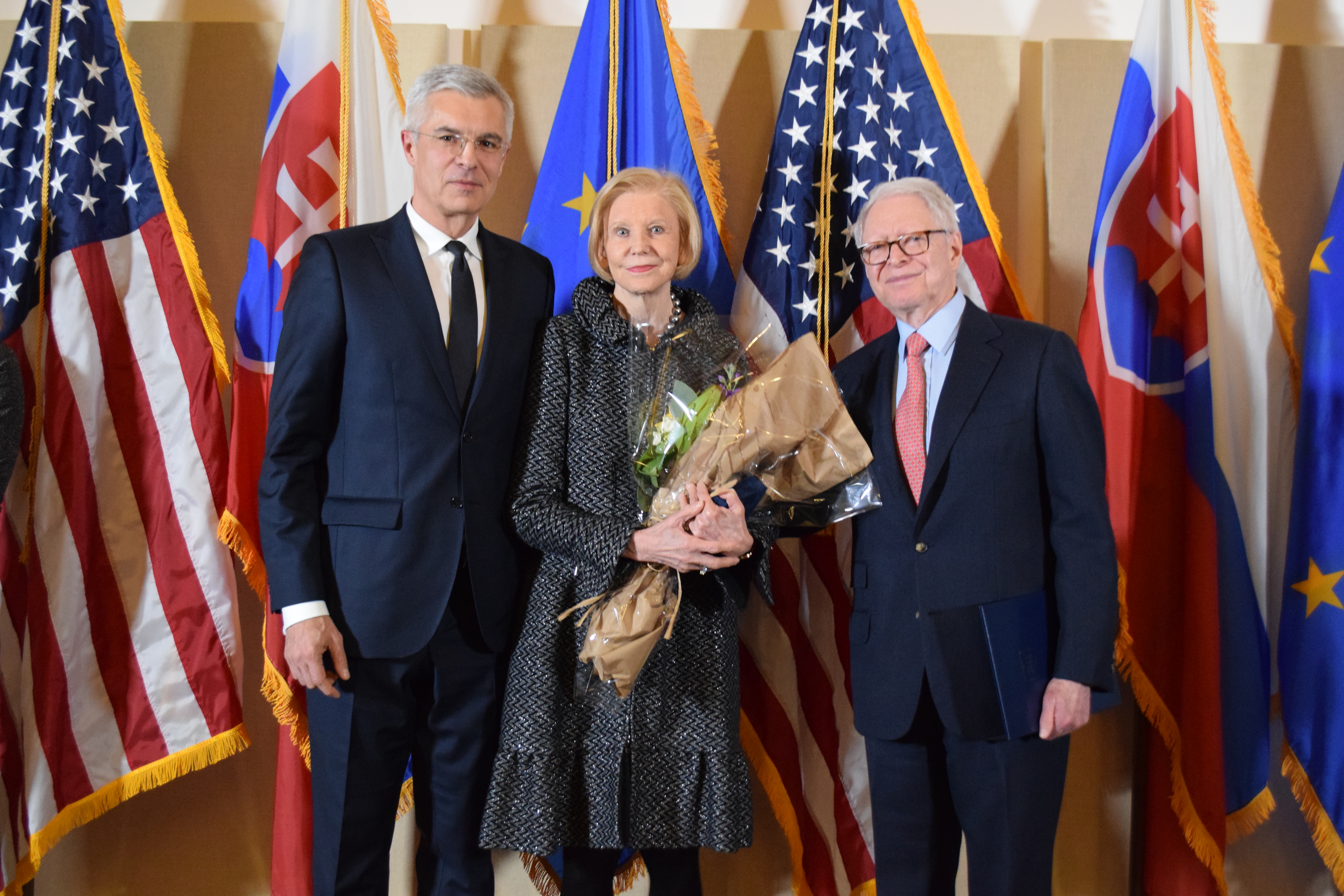 Our founders, Jan and Marica Vilcek, received the Woodrow Wilson Award yesterday from the Ambassador of the Slovak Republic to the United States, Ivan Korčok.

The Slovak Republic recognizes the integral role of the United States in both those historic anniversaries, and the Woodrow Wilson Award is bestowed in honor of the warm and cooperative relationship between the two nations.

“The year 2018,” said Ambassador Korčok, “was an opportunity for us to realize that our own history was not isolated from big events and personalities of the world politics.” 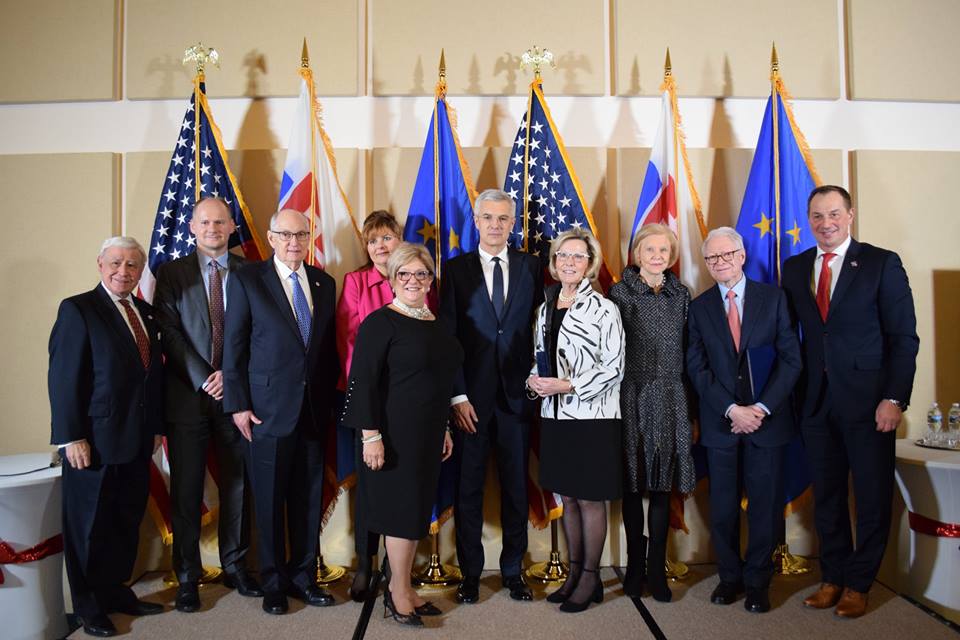 Jan and Marica received the award for exceptional professional achievements in their respective fields of biomedical science and art history, as well as their philanthropic efforts in a variety of areas. The Vilcek Foundation, the capstone of their philanthropic activities, recognizes and supports immigrant contributions to the U.S., and is as much a tribute to their roots as Slovak immigrants as it is a celebration of their adopted homeland.

At the Embassy of the Slovak Republic in Washington D.C., Ambassador Korčok bestowed the award in a ceremony accompanied by jazz and classical performances by Slovak and American musicians. The award includes a bronze medal featuring President Woodrow Wilson, who is commemorated for his role in facilitating the creation of Czechoslovakia in 1918.