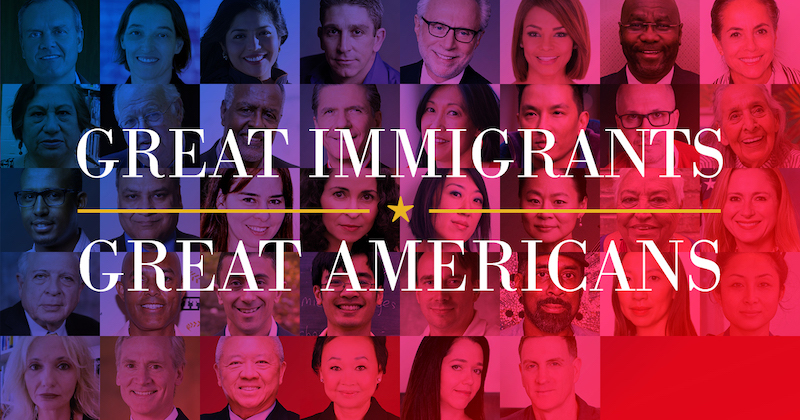 What do Nobel Prizewinning economist Angus Deaton, Hall of Fame baseball player Mariano Rivera, and acclaimed violinist Midori have in common? They were all born abroad but have since immigrated to the U.S.—and made a big impact on their adopted country. They are also among the 38 naturalized citizens honored in the Carnegie Corporation of New York’s “Great Immigrants, Great Americans” campaign.

Since 2006, the Carnegie Corporation has celebrated the 4th of July by recognizing a diverse group of foreign-born Americans with a full-page PSA in the New York Times and by sharing their stories online. This year’s cohort hails from 35 countries and includes leaders in finance, fine art, science, and everything in between. It also includes a few familiar names: Angelika Amon, this year’s Vilcek Prizewinner in Biomedical Science; Nite Yun, this year’s Creative Promise Prizewinner in Culinary Arts; and Nari Ward, 2017 Vilcek Prizewinner in Fine Arts, were all recognized. 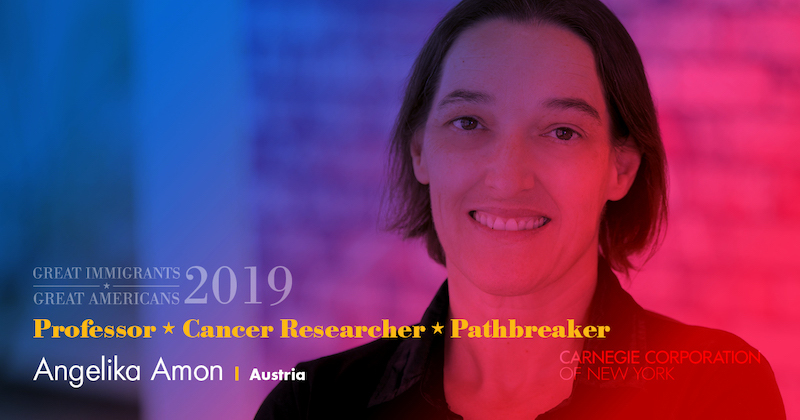 The campaign not only acknowledges the accomplishments of those honored, but also the essential role immigrants play in our country’s history and in shaping its future. “As we celebrate these 38 extraordinary individuals, we are reminded of the legacy of our founder, Andrew Carnegie, who showed the country how immigrants contribute to the great, unfinished story that is America,” said Vartan Gregorian, president of the Carnegie Corporation of New York, in a press release. “History teaches us that each new generation of immigrants strengthens the vibrant diversity of our nation and its democracy, and continuously renews the American dream.” 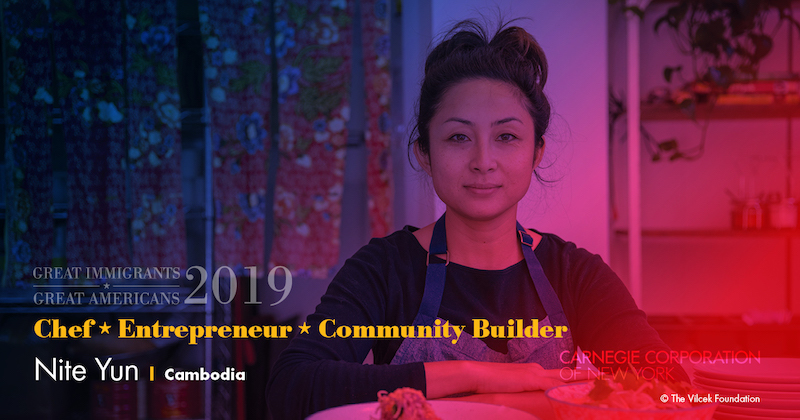 You can read all about this year’s honorees on the Carnegie Corporation’s website and contribute to the campaign by sharing your own immigrant stories (either from the past or present) on social media using the hashtags #GreatImmigrants and #ImmigrantStories.

Congratulations to Angelika, Nite, Nari, and all the other honorees!