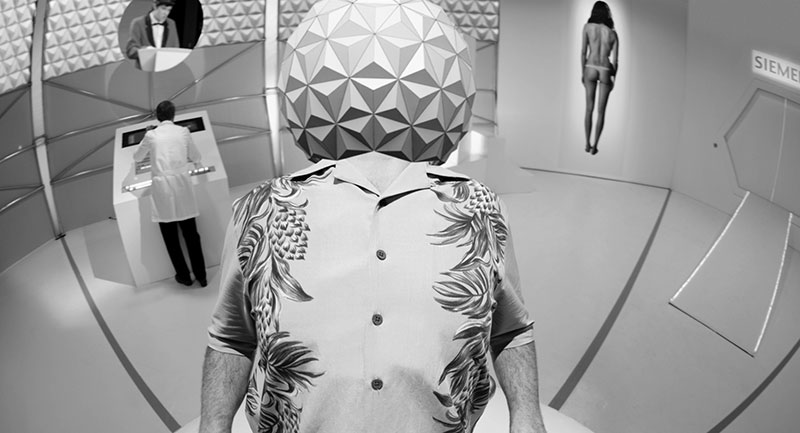 Escape from Tomorrow took members of the film industry by surprise when it premiered at the 2013 Sundance Film Festival — not least of which were the filmmakers themselves. Produced and edited by South Korean–born Soojin Chung, the film is a psychological thriller that depicts a man’s descent into paranoia and delusions during a family vacation at the happiest place on earth.

Shot covertly at Disneyworld and Disneyland, Escape from Tomorrow has been dubbed, by some reviewers, as the ultimate guerrilla movie. In addition to the usual obstacles small independent productions face, Soojin and her team edited the movie in secret, trying to complete the film before a legal injunction could be issued from Disney, a company that is famously protective of its image and intellectual properties.

With such formidable barriers, the team didn’t think the film had a chance in the U.S., and shopped it instead to festivals in Asia and Europe. Unfortunately, there was little interest — until Soojin happened to meet with one of the organizers of the Sundance Film Festival, which proved to be a watershed moment. Overnight, Escape from Tomorrow went from seeming destined to obscurity to a front-page sensation.

The final coup d’état came in the form of a tweet — from the late venerable film critic Roger Ebert himself. “We thought, Is that really him? Maybe it’s a scam,” Soojin says. Happily, it was indeed Roger Ebert, giving the film an enthusiastic thumbs-up as well as a personal invitation to screen at the 2013 Ebertfest. Escape from Tomorrow is set to premiere today in select cities, including as an official selection of the New American Filmmakers program at the Hawaii International Film Festival.

Watch this exclusive interview with Soojin on Escape from Tomorrow, her thoughts on film editing, and more!