Christina Strassfield to join the Vilcek Foundation Board of Directors 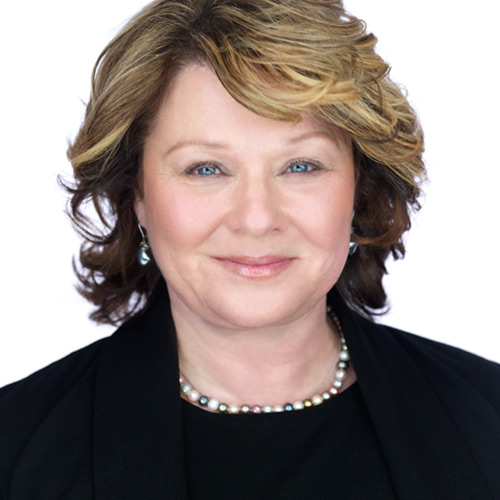 Christina, whose parents were immigrants from Greece, has known since she was a child that she wanted to work in a museum. “When I was a little girl, I was taken to the Metropolitan Museum of Art by a friend of my mother. She would tell me stories about the artists and the art that I was seeing. I said to myself then that when I grew up, I would work in a museum and be surrounded by art,” she remembers.

Later, as an undergraduate studying art history at Queens College, CUNY, Christina was urged by her advisor to consider other career opportunities; jobs in museums were underpaid and hard to come by. This, however, only cemented her commitment to the arts, and she went on to complete a master’s degree in art history, specializing in ancient art, with a second focus on contemporary art.

Upon graduation, Christina landed a prestigious internship at the Metropolitan Museum of Arts, where she learned firsthand about the various aspects of running an arts institution. She joined Guild Hall Museum shortly after, initially as an associate curator and registrar. In her twenty-plus years at Guild Hall, an exhibition and performing arts space on Long Island, she has transformed the East Hampton institution from a small museum to a bustling arts center. Having curated exhibitions around the work of artists such as Roy Lichtenstein, Chuck Close, April Gornik, Cindy Sherman, and Barbara Kruger, she has earned recognition from publications such as The New York Times, Art in America, Art News, and more.

Despite her work with such noteworthy names, Christina has not lost sight of Guild Hall’s mission, which is to inform, inspire, and enrich the local community by presenting programs in collaboration with artists from the eastern end of Long Island, where Guild Hall is located. “I have been fortunate to have had the opportunity to work with world-renowned artists, but I have also been privileged to work with lesser-known, under-recognized artists, whose work I have been able to showcase and introduce to others,” she says.

In 2010, Christina took on adjunct teaching duties at Dowling College, where she was instrumental in establishing Museum Studies as a degree choice; there, she will surely be an inspiring figure to students who, too, have their hearts set on working in a museum.

Christina will be replacing Peter Ludwig, who, after years of dedicated service, will be stepping down from the board of directors. (He will, however, retain an honorary, nonvoting title as counsel.) We’re thrilled to have someone so dedicated to and knowledgeable about art join our board!