On Monday, October 15, during the Hawaii International Film Festival (HIFF), the Vilcek Foundation hosted a reception on the Garden Terrace in the Halekulani Hotel. The event, which celebrated the talented filmmakers of the New American Filmmakers (NAF) program, was attended by the six NAF delegates, HIFF board members and staff, filmmakers, actors, festival sponsors, and members of local press. Here are some photos of the NAF delegates and local talent. 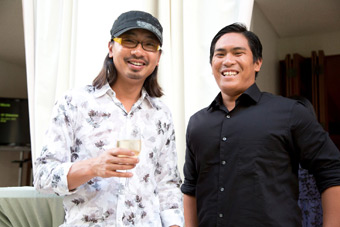 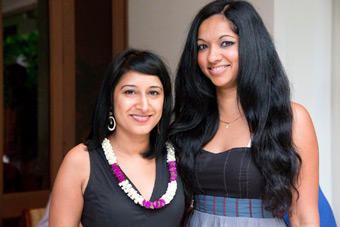 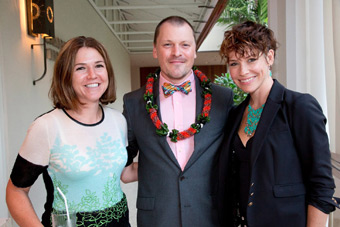 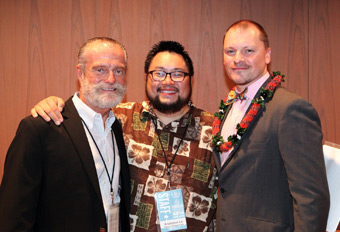 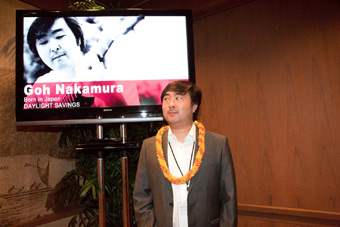 Japanese-born musician Goh Nakamura poses with his headshot. Goh is a singer-songwriter and actor in Daylight Savings. 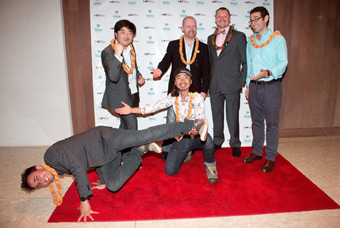 Not only are NAF delegates amazing filmmakers—they have breakdancing skills too! 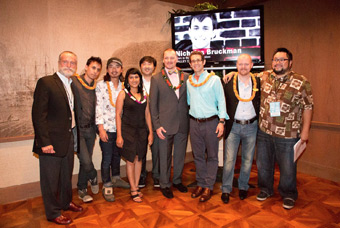 We salute all of the NAF delegates at the 32nd annual Hawaii International Film Festival! Your dedication to independent American cinema is an inspiration for filmmakers and moviegoers alike. All of the 2012 NAF films will continue touring at national and international festivals and we look forward to all of the upcoming projects from the NAF delegates!