Carlos Motta: The art of democracy 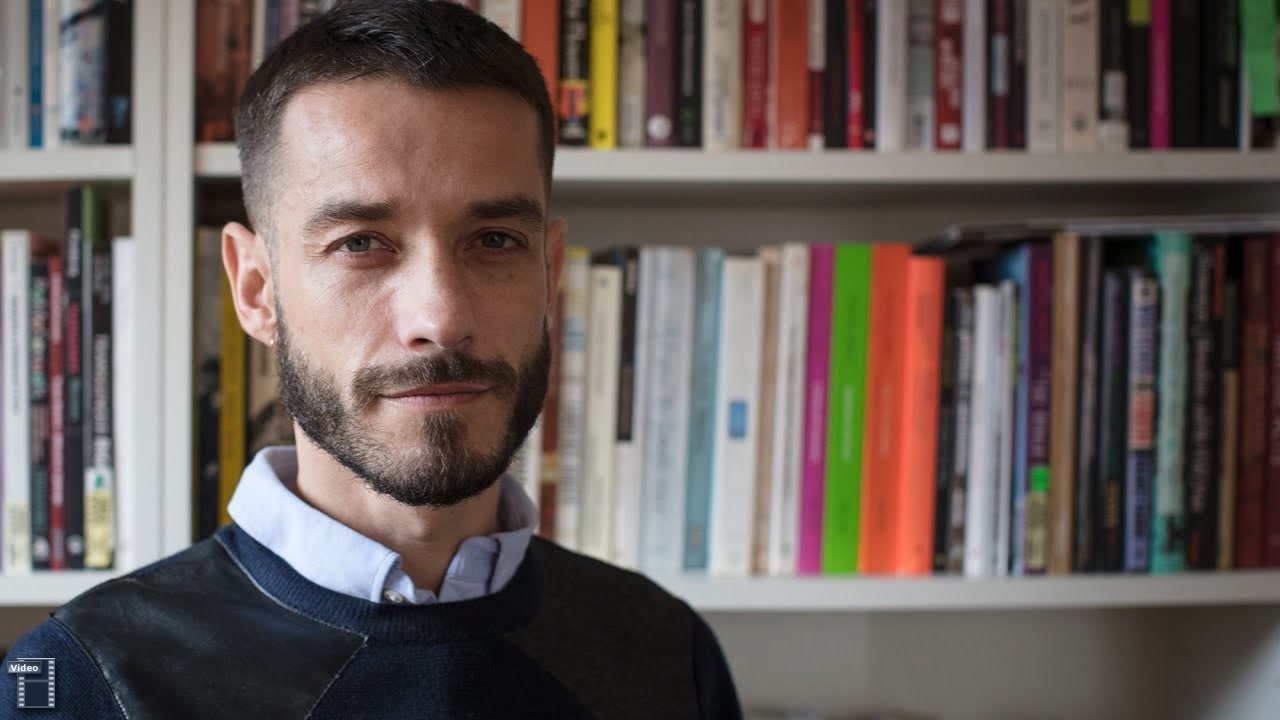 “There is a commonplace cliché that all art is political,” says Carlos Motta, winner of the 2017 Vilcek Prize for Creative Promise. “But I don’t really think so. I think art needs to be conceived of and thought about and shaped to actually engage with politics.”

Carlos has long been creating art that engages with political issues. Originally from Colombia, he grew up witnessing the effects of the U.S.’s war on drugs. “Colombia is a class-divided society,” he says. “Yet the experience of violence is felt throughout the social landscape.”

A kidnapping threat spurred his emigration to the United States in the 1990s. He arrived in New York City and completed a bachelor’s degree at the School of Visual Arts, focusing on photography, and then went on to receive a Master of Fine Arts from Bard College. His interdisciplinary education allowed Carlos to experiment with a variety of media, and today, his work incorporates everything from photography to video, sculpture, painting, and performance.

He prefers, however, to define his work not in terms of media used, but by content and ideas pursued. Largely his interests lie in the intersection of politics and representation, particularly through democracy. To Carlos, democracy “is a form of personal and collective consciousness and [a way] of being in the world,” he says. “But it’s also a very problematic concept, one that is thrown around so much in contemporary politics.” Since 2004, Carlos has explored that concept through a body of work called the Democracy Cycle, which includes projects that examine how different forms of representation—such as sexuality, gender, and nationhood—intersect with democracy. One such project was The Good Life (2008), an online video archive, publication, and installation of street interviews with pedestrians in Latin American cities about how U.S. political interventions are remembered. The interviews revealed a wide spectrum of responses and opinions, and a polarized public who either engaged with or dismissed political history.

Carlos is also interested in how questions of sexuality and gender are silenced or assimilated within mainstream politics. “I came out as a gay man early on in a fairly hostile environment in a conservative Catholic country,” he says. While he was subjected to bullying and discrimination, he realized that his own experience was relatively privileged compared with the experiences of so many others.

“I started to understand that it was important for me to think about using my own class privilege, racial privilege, and access to education and travel to produce works that maybe could empower others,” Carlos said. That realization was the impetus behind works such as We Who Feel Differently (2012), a multiplatform piece that documents the history, development, and changes in sexual politics in four different countries over the last 40 years, “from the ’70s revolutionary ethos to the assimilationist drive of today,” he says. It was a response to a certain way of thinking about democracy and sexuality, one that Carlos found to be worrisome, “where the great goal is this question of equality,” he says. “This work challenges the equality framework that characterizes LGBT politics, which normalizes identity categories and often ignores the social issues that affect the majority of queer people’s lives.”

Representation is important to Carlos. As with democracies, he understands that the act of representation is also an act of power, and he aspires to what he calls an “ethical methodology.”

“I’m interested in developing close, meaningful relationships with the people that I work with, so that it becomes a project of self-representation as much as one of representation,” he says. “There should be a process of coming to terms with what it means to be represented by somebody and how you want to be represented yourself.” For Carlos, his art is not only political in content, but in creation as well.