An exciting 2015 for our Vilcek Foundation alumni

Our 2015 prizewinners are already shaking things up in the field of fashion: After his exhibition “China: Through the Looking Glass” broke attendance records at the Metropolitan Museum of Art, British-born Vilcek Prize recipient Andrew Bolton was named as the next curator in charge of the Costume Institute at the Met. The current curator in charge, Harold Koda, will retire in January. The Costume Institute’s next exhibition, “manus x machina,” opens in May 2016 and will explore the relationship between fashion and technology.

After accepting the Vilcek Prize for Creative Promise earlier this year, German-born designer Siki Im won the regional International Woolmark Prize in the menswear category, for innovative designs with wool. He will go on to represent the U.S. at the prestigious global competition in Italy this upcoming January. Siki was also inducted into the Council of Fashion Designers of America, and collaborated with ISAORA to release RVN, a line of luxury, high-performance sportswear.

The Howard Hughes Medical Institute’s Investigator Program provides generous funding to innovative scientists, allowing them to take risks and explore new avenues in their research. This year, two former Creative Promise prizewinners were named investigators, joining the company of 11 other Vilcek alumni, 24 Nobel Laureates, and 182 members of the National Academy of Science.

Polish-born Joanna Wysocka studies stem cells at the Stanford University School of Medicine, where she is an associate professor of chemical systems biology and developmental biology. This year she authored two papers, which were published in the journal Nature.

Iranian-born Pardis Sabeti researches in the emerging field of computational genetics at Harvard University and the Broad Institute of Harvard and MIT. This year, her lab sequenced virus samples from Ebola patients to determine how the disease was being transmitted. For her efforts in helping combat the Ebola outbreak in West Africa, she was named one of Time magazine’s 100 Most Influential People of the Year.

Filmed on a $100,000 budget, using an iPhone as a camera, Tangerine captured critics’ and audiences’ hearts alike with the hilarious story of Sin-Dee Rella, a trans sex worker who is determined to find her boyfriend and pimp, Chester, after learning that he has been cheating on her. Hollywood Reporter critic David Roony called the film a “hoot” and praised its “warmth and absence of judgment or condescension toward its marginalized characters.” The film premiered at Sundance International Film Festival’s Next Program, before screening at festivals throughout the United States, Europe, and Australia. It has been nominated for three Independent Spirit Awards: “Best Feature”, “Best Director”, “Best Female Lead” and “Best Supporting Female.”

A big year for Vilcek Prizewinners in Literature Charles Simic, winner of the Vilcek Prize for Literature and one of our nation’s most beloved poets, released The Lunatic, his 36th poetry collection, simultaneously with The Life of Images, a collection of new and selected essays, in April.

The Beautiful Things that Heaven Bears, the debut novel of Creative Promise prizewinner Dinaw Mengestu, originally from Ethiopia, was a selection for NEA’s The Big Read. Participating communities hosted discussions, writing workshops, interpretive dance performances, and other events based on the book.

British-born Simon Van Booy, a Creative Promise finalist in literature, released Tales of Accidental Genius, a collection of stories about acts of kindness that could be considered acts of genius. Vietnamese-born Vu Tran, a fellow finalist, released his debut novel, Dragonish, a lyrical, literary thriller that “takes the noir basics and infuses them with the bitters of loss and isolation peculiar to the refugee and immigrant tale,” says NPR Books reviewer Maureen Corrigan. Poet Ilya Kaminsky, born in Ukraine and another Creative Promise finalist, started the Poets in the World series with the Poetry Foundation, a nine-volume collection of poetry from writers around the globe. 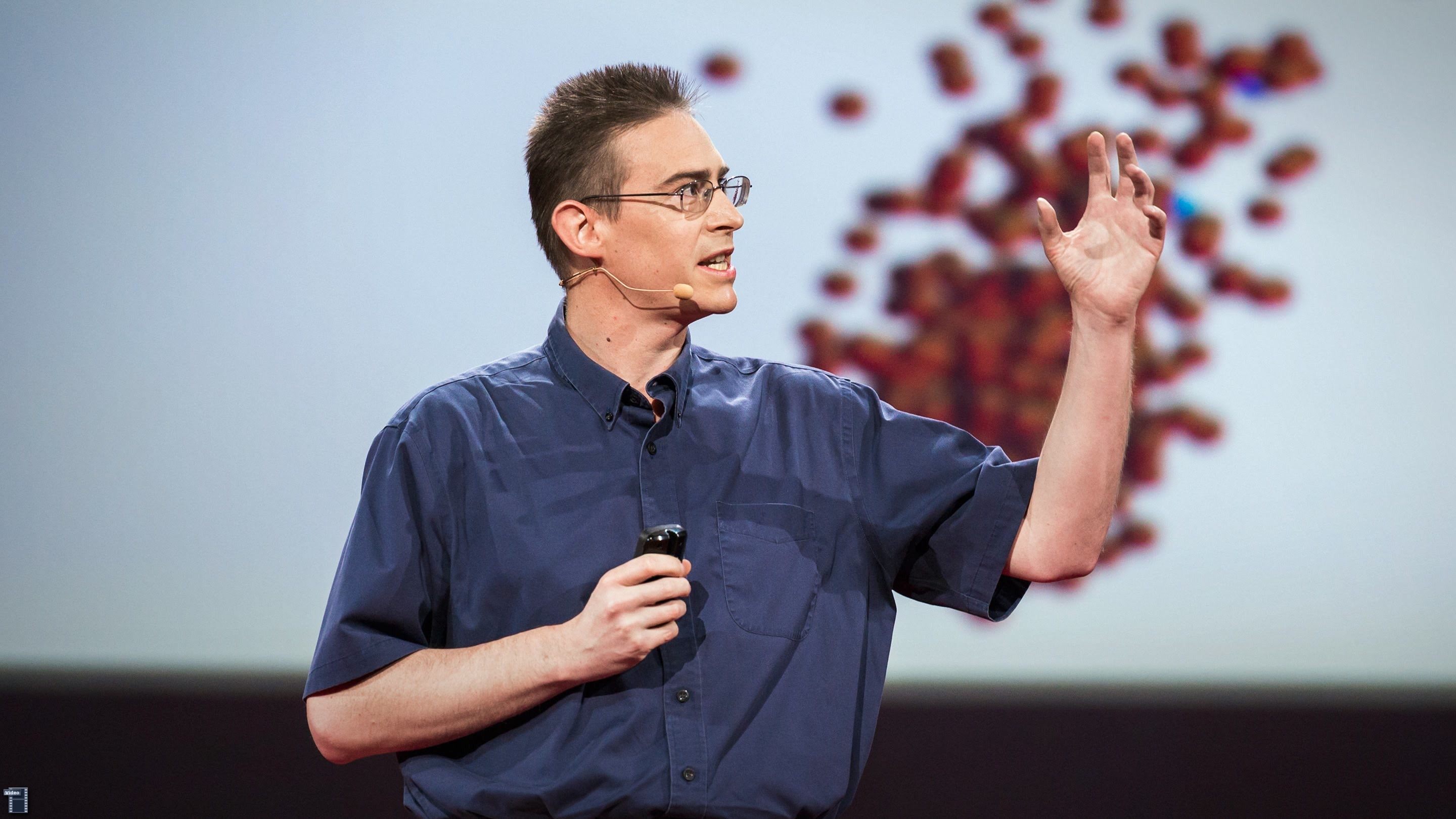 Two Creative Promise Prizewinners shared their knowledge this year by delivering TED Talks. New Zealand-born Rob Knight’s concise and illuminating lecture outlined the basics and importance of microbes, the single-celled organisms living in our body. The video, which received more than one million views, was also supported by the publication of his book, Follow Your Gut: The Enormous Impact of Tiny Microbes. 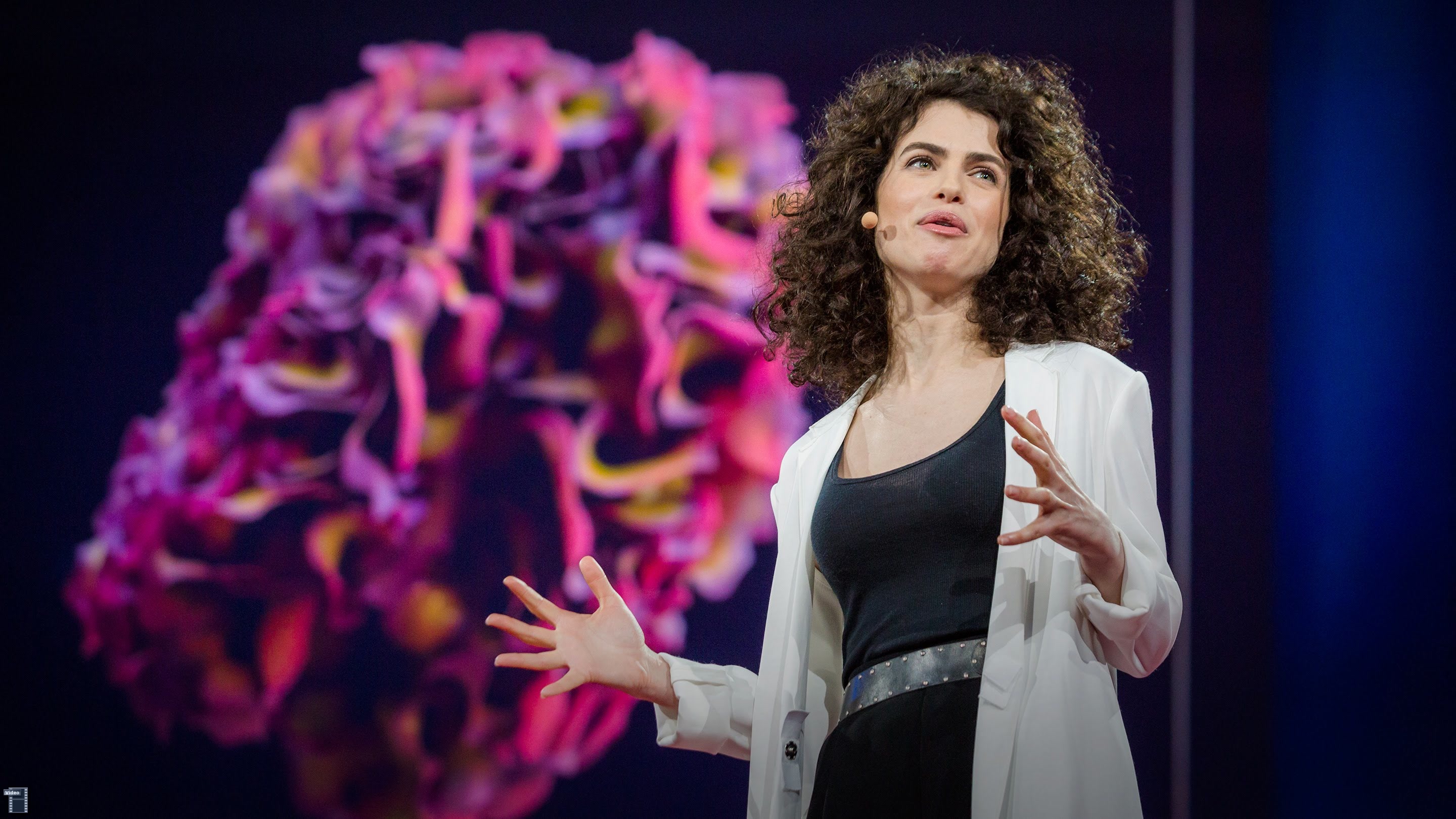 Neri Oxman, an Israeli-born designer and architect based at Massachusetts Institute of Technology, gave a fascinating address on the concepts that inspire her approach to design: integrating biology and technology to create things that are both beautiful and functional.

Additionally, Ghanaian-born Creative Promise Prize recipient Blitz the Ambassador has recently been named a TED Fellow, so watch out for his talk in 2016. Many of our Creative Promise prizewinners and honorees in the biomedical sciences were named as finalists for the Blavatnik Awards for Young Scientists. In the Life Sciences category, they made up four out of ten finalists: New Zealand-born Rob Knight</span>; Indian-born Harmit Malik</span>; German-born Michael Rape</span>; and Taiwanese-born Alice Ting. One additional honoree from our biomedical science prizes was also recognized in the Chemistry category—Russian-born Rustem Ismagilov. Congrats to all!

Two honorees from the Vilcek Prizes in Contemporary Music released new albums this year. Yo-Yo Ma, the accomplished French-born cellist and winner of the Vilcek Prize, teamed up with pianist Kathryn Stott to release Songs from the Ark of Life, an album of classical music inspired by “our universal adventure through life and time.”

While Yo-Yo’s release focused on the transient experience of living, Creative Promise Prize recipient Tigran aspired for something more divine. His latest release, Luys I Luso, is a collection of Armenian sacred music from the 5th to 19th centuries. The Armenian-American pianist teamed up with the Yerevan State Chamber Choir to deliver a moving collection of hymns, sharakans (liturgical songs), and chants, and is currently on tour.

Other news and accomplishments

Nicole Awai (Exhibition Artist, Almost Undone) was a Process Space artist-in-residence at the Arts Center at Governors Island, and became an assistant professor at the University of Texas at Austin.

Alice Gosti (Creative Promise Prize finalist, 2012) premiered a new durational dance performance, How to become a Partisan, as part of her residency at the Velocity Dance Center, and participated in the 2015 Intiman Emerging Artists Program.

Quilian Riano (Creative Promise Prize recipient, 2014) was appointed the first Senior Fellow at the J. Max Bond Center on Design for the Just City and an Urban Design Fellow for the Design Trust for Public Space.