Alexander Rudensky: A Life of Chance and Discovery 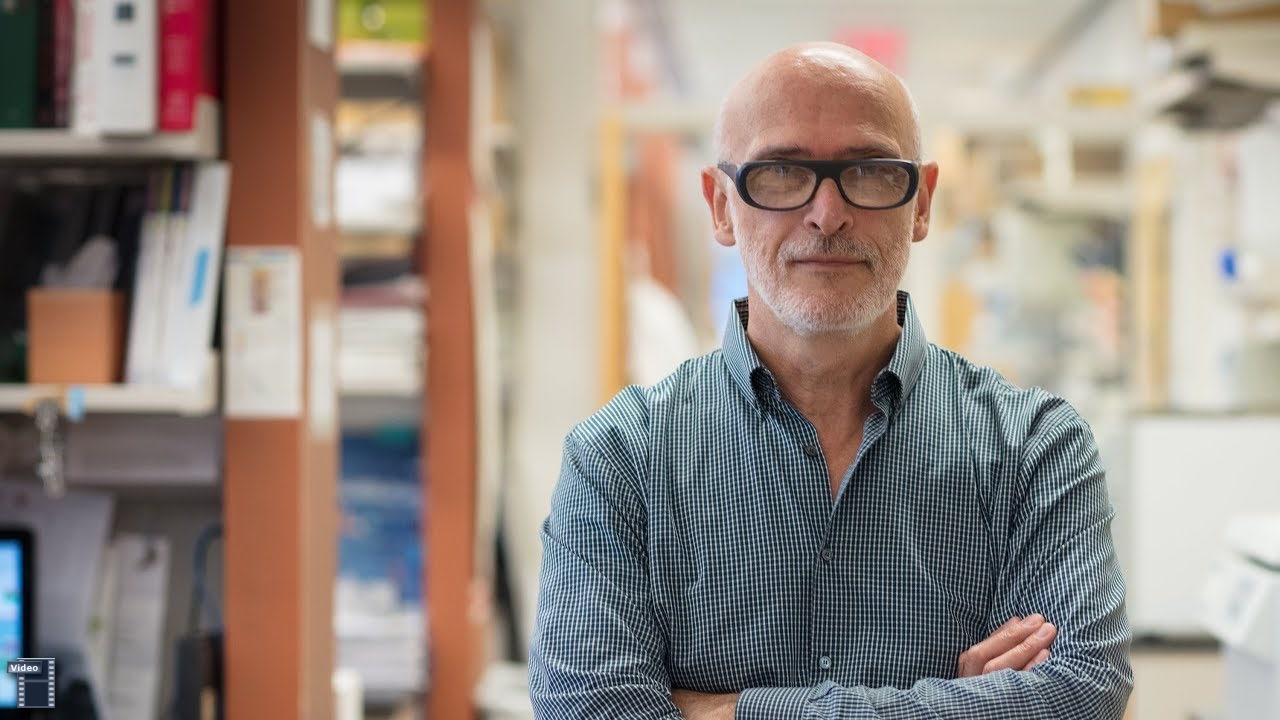 A scientific career as storied as Vilcek Prizewinner Alexander Rudensky’s requires discipline, dedication, and unwavering intellectual rigor. And yet, Sasha—as he’s known to his friends and close colleagues—maintains that his life and career has been largely shaped by random twists of fate and history. “It seems like choice,” Sasha says, “but in many ways it was just a series of circumstances, of random and sometimes unlikely events.”

Born in Moscow while it was part of the Soviet Union, Sasha became interested in science as a boy. As a young man, Sasha’s father served in the Soviet army during the Second World War. After the war, he became an engineer, working for the military missile program, with a specialization in gyroscopes. Between his father and his uncle, a neurologist, Sasha became enamored with math and science and set his sights on a career in the sciences at an early age. It was also the time of the space flights, and Sasha recalls the excitement with which the natural sciences were regarded during his childhood.

His natural aptitude for science coincided with a comparative accessibility to the field. “The good and bad thing about growing up in the Soviet Union was that the choices were relatively limited,” he said. The natural sciences were not as susceptible to politics and propaganda, and it was possible to break into the field without connections and without “dealing with the devil”, i.e. agreeing to become a member of the Communist Party or secret service informer. Still, the field was not completely immune from politics—Sasha completed his undergraduate degree, and what would be the equivalent of a master’s thesis, at the Second Moscow Medical School (now known as the Russian National Research Medical University), studying biochemistry. Upon the completion of his thesis, the head of his laboratory invited Sasha to stay and complete his graduate degree at the institution.

“That didn’t happen,” says Sasha. “The director of the institute, one of the premier institutes of the Soviet Academy of Medical Sciences, was not only anti-Semitic by [government dictate], he was also enthusiastically anti-Semitic [himself].”

This turned out, however, to be a stroke of luck. At that time, there were two paths toward earning a doctorate in the Soviet Union: one was completing graduate school, and the other was to conduct research and defend it at a research council that awarded advanced degrees. Because the former was not an option for him, Sasha ended up in the laboratory of immunologist Vitalij Yurin—“arguably the best molecular immunology laboratory in the Soviet Union,” says Sasha. “And I got there just by chance.”

Within this lab, Sasha set out to study antigen-presenting cells, a type of cell that aids the immune system in identifying substances foreign to the body. He would complete his PhD thesis in six years, and then remain in the lab for another four. During his time in Yurin’s lab, Sasha authored a series of papers that ended up being published in the European Journal of Immunology—a rare feat at the time. It was an exciting time for the field of immunology, but working in the Soviet Union meant a delay of information from the field, and limited exposure to other ideas and discoveries. “We were like a can of sardines marinating ourselves in a sauce of our own making,” he says. Sasha yearned to be a part of the wider scientific community, and got his first taste of it at an International Immunology Congress in Berlin in August 1989—mere months before before the Berlin Wall fell. This taste, coupled with the social changes that the Soviet Union was going through, encouraged Sasha to seek a postdoctoral position overseas.

“[It] was a really exciting time in Russia,” Sasha says. “There were political changes, freedom of press and speech, which were unheard of before and came almost overnight.” Despite the changes, however, Sasha and his family were uneasy; they feared that the sudden upheaval would cause a backlash and eventually lead back to a fascist, Stalinist-type of dictatorship. “Paranoia was not an unusual state of mind in the Soviet Union,” he says.

He reached out blindly to Charlie Janeway, a renowned immunologist conducting research at Yale University, and was offered a position as a post-doctoral fellow—something Sasha again modestly chalks up to chance. “He hadn’t had a postdoc from the Soviet Union before,” Sasha says. “Another theory is that Charlie wanted the Soviet flag on the lab wall. He had flags from the many different countries that his postdocs and students came from.” Although Sasha claims his career has been shaped by random events, his steady stream of findings belies his determination and scientific savvy. In the field of immunology, he has made a wide array of discoveries around regulatory T-cells, or Tregs, a type of immune cell that suppresses unwanted immune responses and fends off runaway inflammation and autoimmune disorders. He identified FOXP3 as the gene switch that controls the development and function of Tregs, and he later demonstrated how Tregs prevent spontaneous miscarriages by protecting growing fetuses from attacks by the maternal immune system.

Most recently, Sasha’s work has focused on a central role for Tregs in cancer treatment, suggesting that finessing the action of Tregs using molecular approaches could help enhance the efficacy of cancer immunotherapy drugs, which work by unleashing the immune system against tumors.

It is undeniable that Sasha’s life has been shaped by both negative and positive forces in history. For that reason, however, he is especially pleased to receive the Vilcek Prize in Biomedical Science. Although he has won many distinguished prizes and honors, including the Crafoord Prize and memberships in the American Academy of Arts and Sciences, the National Academy of Science, and the National Academy of Medicine, the Vilcek Prize, to him, represents “acceptance and tolerance and inspiration.”

“I’m deeply, deeply moved to be selected,” he says, “especially in the time that we are living in right now.”