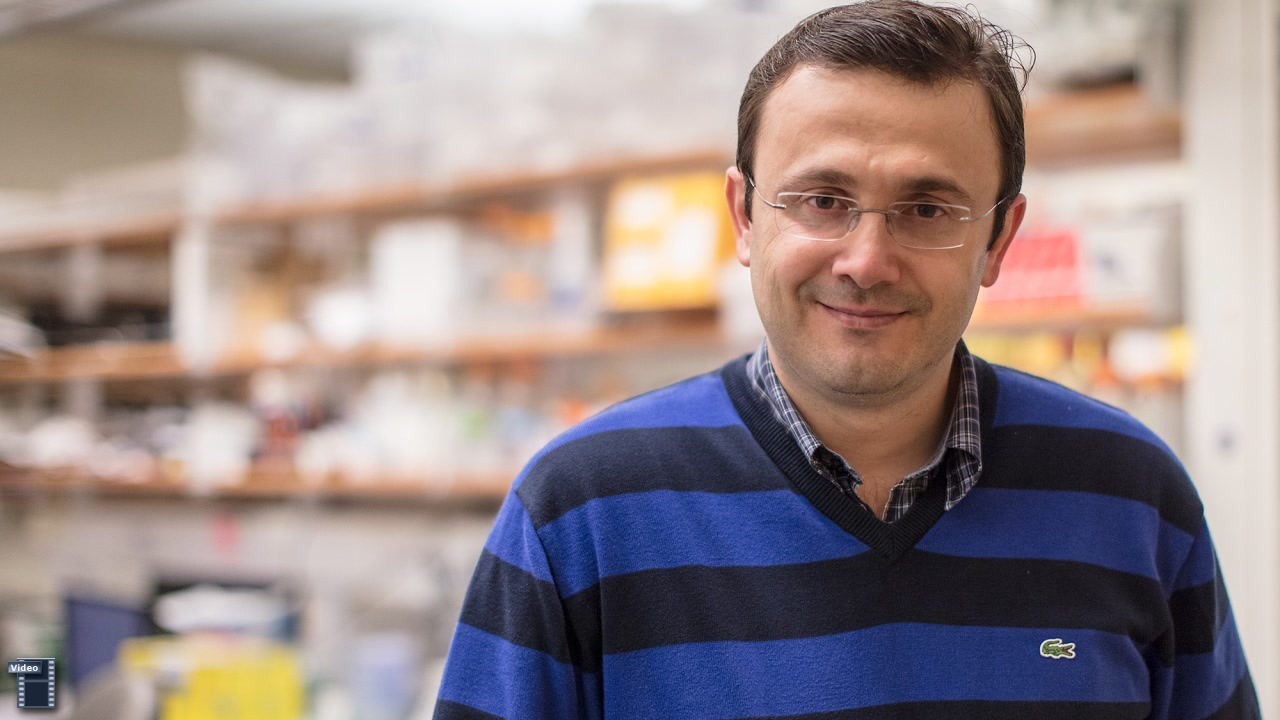 “The laws of physics cover everything from the entire universe to subatomic particles,” says Turkish-born Ahmet Yildiz, winner of the 2017 Vilcek Prize for Creative Promise.

Physics was Ahmet’s first passion; born to a family of seven children, he spent his childhood in rural Turkey helping his mother on the farm after his father passed away. Although financial hardships were a fact of life, his mother’s enthusiasm for learning inspired Ahmet to pursue his intellectual interests.

Ahmet concentrated in physics during high school, and later completed a bachelor’s degree at Boğaziçi University in Istanbul in the same field. His family had some concerns—it was difficult for physicists and other scientists to sustain a career in Turkey—but “I was adamant,” Ahmet says. Ahmet had not been interested in biology—he subscribed to Ernest Rutherford’s maxim that all science was either physics or “stamp collecting”—until he visited the University of Illinois while researching graduate programs and met Taekjip Ha, at the time an assistant professor and today one of the world’s leading experts in single-molecule biophysics. Taekjip’s work opened his eyes to a new aspect of biology. “I realized that biology is a quantitative science, and physical laws and tools can be used to address challenging problems not accessible by conventional biological techniques.” says Ahmet.

He has since done exactly that. While a doctoral candidate in the Paul Selvin laboratory at the University of Illinois, he developed a novel single-molecule imaging technique that allowed for the visualization of a molecule at an unprecedented resolution of 1 nanometer, one billionth of a meter. Ahmet named this technique Fluorescence Imaging with One Nanometer Accuracy (FIONA), and it would later contribute to the conceptual framework of super-resolution methods STORM and PALM, developed by other scientists who went on to receive the 2014 Nobel Prize in Chemistry. Using FIONA, Ahmet established the precise movements of two molecular motors, kinesin and myosin, which transport a variety of intracellular cargo within cells. While still a doctoral candidate, he proved that these motors move in a stepwise pattern—alternating left and right steps along cytoskeletal filaments—much like humans do. Later, as a principal investigator in Physics, and Molecular and Cell Biology at the University of California, Berkeley, he showed that the dynein motor moved in a more irregular pattern, which may allow it to navigate around obstacles within the cell.

The motors involved in cargo transport are important to the formation and maintenance of neurons, and functional disorders in cargo transport have been linked to various neurological diseases such as motor neuron degeneration, schizophrenia, and Alzheimer’s disease. Ahmet hopes that broadening our understanding of how these motors work can also lead to the development of treatments for diseases related to their dysfunction. Ahmet’s other research interest is in telomeres, the structures that cap the ends of chromosomes and protect them from damage. DNA is regularly patched up by enzymes that repair DNA damage, but telomeres must be protected from this repair process, as their processing could result in deleterious consequences. Using super-resolution microscopy, Ahmet has proposed a mechanism for how a protein complex called shelterin sequesters telomeric DNA and prevents its exposure to such enzymes.

While cells do not quite have the scale of the universe, they nevertheless operate according to an exquisite and elaborate set of laws. “Cells are the smallest unit of life, and they are more complex than we can ever imagine,” Ahmet says. “The human genome encodes about 20,000 proteins, and each one is a polymer made out of tens of thousands of atoms. These polymers fold into a very specific globular structure, and fulfill amazing functions inside cells.”