A Special Evening to Honor Talented Filmmakers of AIFP

On Monday, October 17, the Vilcek Foundation hosted a reception to toast participants in the American Immigrant Filmmakers on Profile (AIFP) program at the Hawaii International Film Festival (HIFF). AIFP delegates, HIFF board members and staff, filmmakers, festival sponsors, and members of local press celebrated together on the Garden Terrace at the Halekulani Hotel. 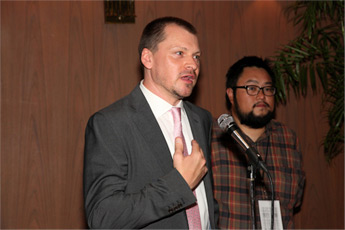 On behalf of the Vilcek Foundation, Rick Kinsel, Executive Director, thanked all HIFF staff for their hard work on the festival; and for five years of success of the AIPF program, he singled out Anderson Le, for curating the film selections each year, Chuck Boller for his continuing support, and Audrey Enseki-Tom for launching the program. 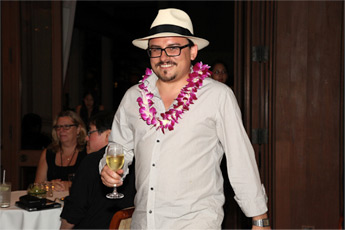 All smiles at the reception was honoree Chris Silber, co-writer and producer of my last day without you. 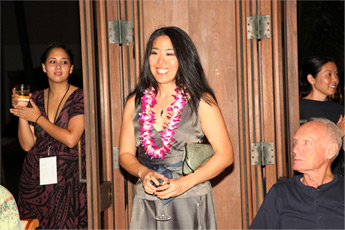 Applause greeted Bertha Bay-Sa Pan, writer and director of ALMOST PERFECT, upon her arrival at the reception. 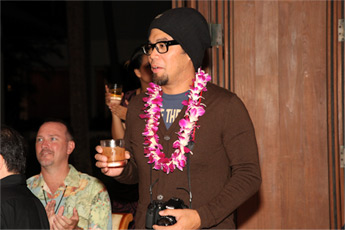 Camera in hand, Ian Gamazon, writer and director of LIVING IN SEDUCED CIRCUMSTANCES, kept an eye out for photo ops. 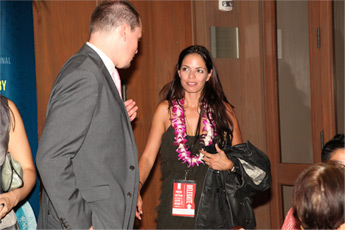 We were sorry to miss Mimi Chakarova, director, producer, and writer of the compelling documentary, THE PRICE OF SEX. It is being screened on Wednesday, October 19, at 6:00 PM, and Thursday, October 20, at 3:15 PM. 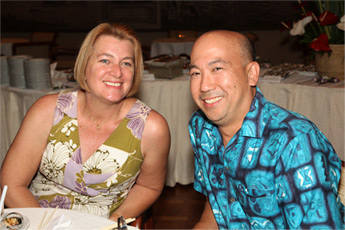 Two heads of the industry came together at the reception: Walea Constantinau, Honolulu Film Commissioner, and Steve Tao, President of the Coalition of Asian Pacifics in Entertainment (CAPE). 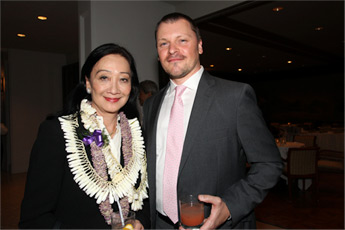 Rick Kinsel welcomed Tina Chen, star of ALMOST PERFECT, who was on hand to honor Bertha Bay-Sa Pan, director and writer of the film. 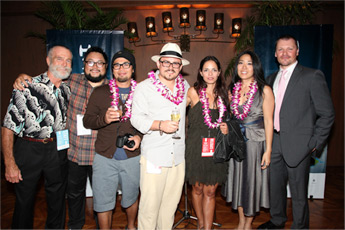 Congratulations to all AIFP delegates at HIFF 31! It is filmmakers like you who make the American Immigrant Filmmakers on Profile program such a success, and we look forward to seeing your name in lights again in the future!