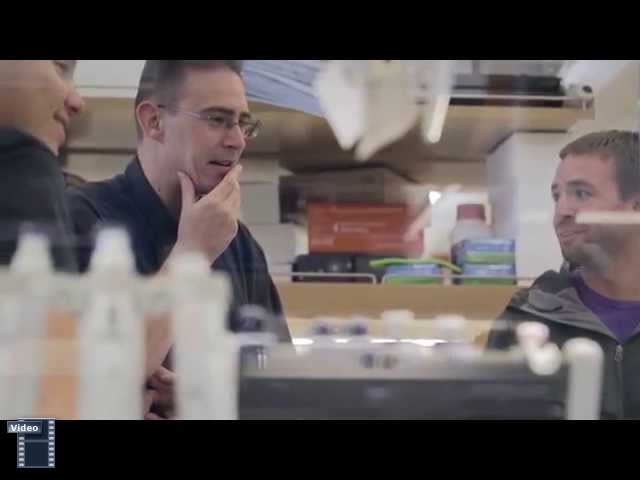 According to New Zealand-born Rob Knight, scientific endeavors in his native country tend to gravitate toward applied research, especially around agriculturally important issues.  “I think that’s possibly what led me to be more open to the idea of applied topics,” he says.

This openness has led to many practical applications of his research on microbes — microscopic single-cell organisms found everywhere from the deserts to the oceans.  Rob has long been a leader in microbial research, as well as bioinformatics, and his work has ushered in new approaches in fields as wide-ranging as forensics and environmental conservation.

Most notably, Rob’s research has contributed to the evolving way we consider human health.  Humans are made up of 10 trillion cells, but carry 100 trillion microbes in and on the body — on the skin, in the mouth, and deep within the digestive tract.  And although the human race shares 99.9% of their DNA in common, the overlap in microbes can vary greatly.

These differences can be so drastic, Rob and his colleagues believe, that the composition of your microbiomes (microbial communities) account for many variations in health and other biological responses.  “The three pounds of microbes that you carry around with you might be more important than every single gene you carry around in your genome,” Rob said during a recent TED Talk.

Rob’s studies with mice have shown that transplants of gut microbes from obese mice to mice raised in microbe-free environments resulted not only in weight gain, but also in changes in behavior toward food and eating.  There is evidence that the increasing prevalence of allergies and autoimmune disorders in Western countries is correlated with changing gut microbiomes (caused, in part, by high rates of antibiotic usage), and other studies have started probing the relationship between microbes and mental illness.

Microbes, up until recently, have been perceived negatively, especially as disease-causing pathogens, but Rob is hoping to change that.  “My current inspiration,” he says, “is the potential of the microbial world to improve health for everyone across the planet.”

One example includes microbe transfers for people with C. Difficile, an infectious diarrhea that often becomes chronic, and, in some cases, fatal.  Thought to be exasperated by an imbalance in gut flora, studies demonstrated that transplants of fecal microbes from healthy individuals to patients with C. Difficile cured the infection — in some cases, in as little as a day.

To better harness this potential, Rob recently joined the University of California, San Diego School of Medicine, as a professor in the pediatric department, with ties to the computer science and engineering departments.  “[There is] increasing evidence,” Rob says, “that most of what happens in microbial health happens in the first three years of life.”  Rob will also continue his work in bioinformatics, building on over a decade’s worth of experience developing software to analyze the abundance of microbial data that is now becoming available.

That such data is emerging is also thanks, in part, to Rob’s initiatives.  He is the co-founder of the American Gut Project and the Earth Microbiome Project, which seek to increase the availability of data on microbial communities both in humans and in various locales throughout the world via collaborative, interdisciplinary efforts.  (In the former, people based in the U.S. can, for a $99 donation, send in a sample to have their gut microbiome analyzed, and contribute to the growing store of data available to Rob and other researchers!)

“New Zealanders tend to pride themselves on ingenuity and making do with whatever resources happen to be available,” Rob says.  In that case, New Zealand should be especially proud of Rob.