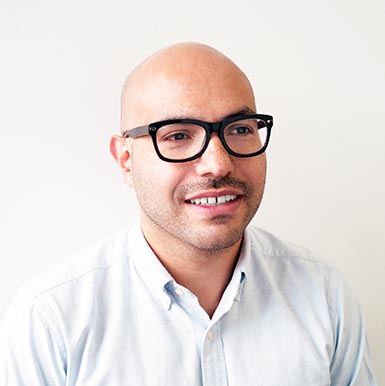 “Being an immigrant is about being in flux,” Quilian Riano says.  “If you take that as a given, it gives you a freedom, because things are going to change, and you can think about whether and how you can shape that change.”

As a Colombian-born social designer, Quilian’s propensity to question the status quo was the driving force behind the creation of his Brooklyn-based firm, DSGN AGNC.  A collaborative design/research studio founded in 2009, the firm seeks to make changes in the world through design.  With a master’s degree in architecture from Harvard and a bachelor’s degree in design from the University of Florida, Quilian uses any and all tools at his disposal, from architecture to activism, art to critical theory. 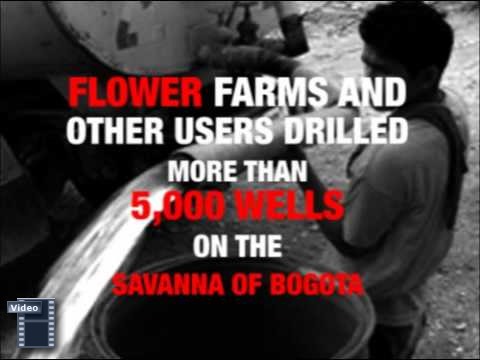 Past projects that the firm has taken on include FACA, the design of a 50-unit housing building in Facatativa, Colombia, a hub of the international flower industry; and Corona’s Plaza, the development of a public space in the borough of Queens, New York.  Although these projects may seem, on the surface, a lot like architecture, Quilian maintains that his work falls squarely in the realm of social design.  “Architecture is client-driven,” Quilian explains.  “[Architects] wait for someone to come with an issue.  Social design tries to tackle the things [for which] there are no clients.  No one is going to be asking the larger social, political, and economic questions that social designers ask.”

The questions that DSGN AGNC ask are these: Who are the powerful entities hiring architects and what are their agendas? Can architecture and design help society move toward a more equitable model of power distribution?

These questions are unraveled through Quilian’s social design approach to his projects.  With FACA, the first step was a daylong, community-wide meeting.  The only item on the agenda was for the community members to talk about their lives — their day-to-day routines, their frustrations, their hopes for their families and their futures.  After all, Quilian believes, a home is more than just a kitchen and two bedrooms; a home should model the values of the people living in it. 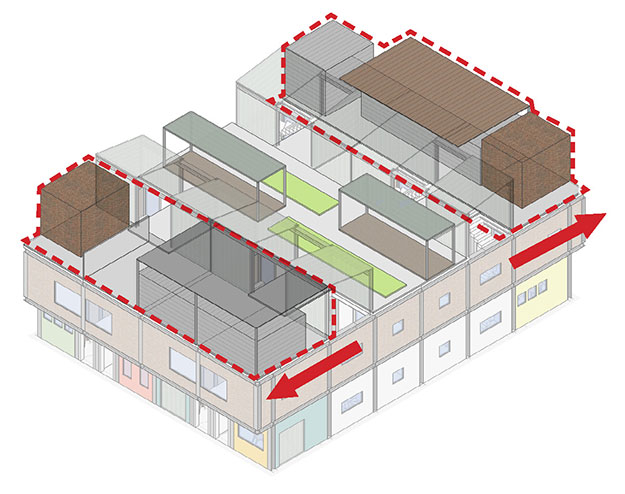 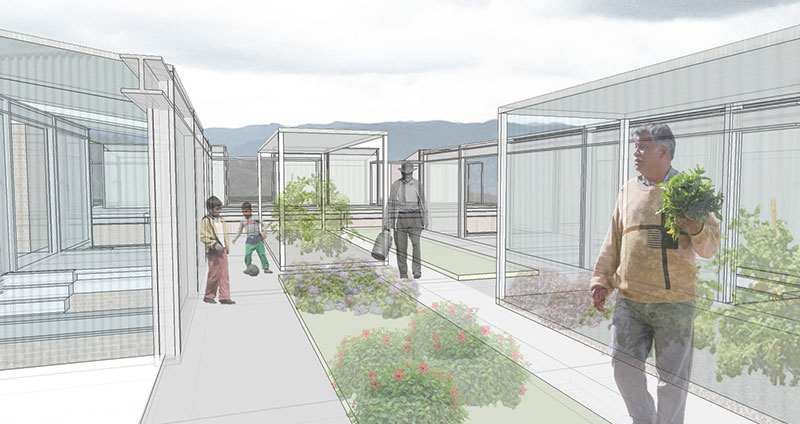 The end result was a housing complex that included large communal spaces so multiple families could share childcare duties, more natural light in the individual units, and room for families to plant their own gardens.  In designing around the people of the community, though, Quilian was also able to open a discussion about the impact of the flower industry, and the issues of affordable housing and subsidies in Colombia.  “People began to collectivize and to rethink a system that was seen as a given,” Quilian says, and these conversations have continued long after the housing complex was completed.

While this may seem a curious confluence of design and politics, Quilian argues that architecture and design are already inherently political.  “Political and economic processes are what make a city,” he says.  “My claim is that if we recognize that we are already involved in a political process and make an effort to understand what they are, it gives us an option to intervene and work in them.”  With Quilian and DSGN AGNC leading these efforts in social design, a brighter, reimagined future is surely ahead.