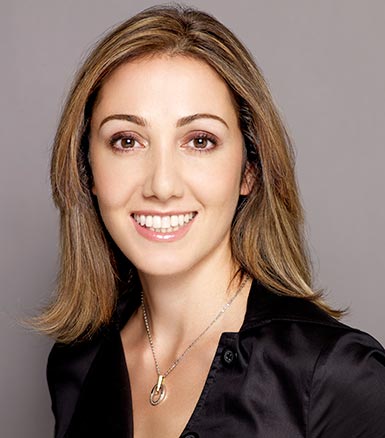 Many children bristle at excessive instruction from older siblings, but growing up, Iranian-born Pardis Sabeti delighted in it.  “As immigrants, my family and I weren’t very aware of the many educational and extracurricular opportunities in the U.S.,” Pardis says.  “Instead, my parents improvised.”  Pardis’ mother purchased a chalkboard and textbooks for her older sister Parisa to conduct an informal schoolhouse during the summer, and the result was a lifelong love of learning, especially in mathematics.

Time not spent in the classroom, either at school or at home, was spent exploring the abundant wilderness of Florida, and today Pardis combines her two early loves of mathematics and nature as a computational biologist and associate professor at Harvard University.  “In effect,” Pardis says, “I use mathematics to understand nature.” 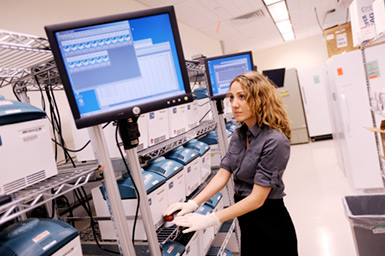 Pardis’ lab at Harvard develops algorithms that help make sense of the recent explosion of data sets now available in fields such as genomics, ecology, global health, and social sciences.  Amongst her most notable achievements is the development of the Long-Range Haplotype test (LRH), an algorithm that mines human genomes to identify recent evolutionary mutations that helped humans resist deadly pathogens.  “We all have archeological records hidden in our DNA,” Pardis explains.  “What we’re looking for are mutations that are relatively young, but have risen to high prevalence in the population.”

Such circumstances indicate that the mutations were advantageous to the population, and identifying them can contribute greatly to the understanding, prevention, and control of the viruses and pathogens that some of these mutations have developed in response to.  In particular, Pardis has worked closely with the Lassa virus, a virus endemic to West Africa that causes hemorrhagic fevers.

In addition to the LRH test, Pardis’ lab, in collaboration with that of Michael Mitzenmacher, a computer scientist at Harvard, developed the Maximal Information-based Nonparametric Exploration (MINE) algorithm, a family of tests that can detect and classify almost all types (i.e., linear, exponential, periodic, etc.) of relationships in large data sets.  These algorithms are invaluable during a time when data sets are increasingly abundant, and in fact, the algorithm can be applied to many types of data, including that found in gene expression, global health, and even major league baseball.  So versatile is MINE that Pardis refers to it as “a hypothesis-generating tool”; MINE and other algorithms developed by her lab have proven useful in identifying both known and novel relationships, setting directions for new areas of research. 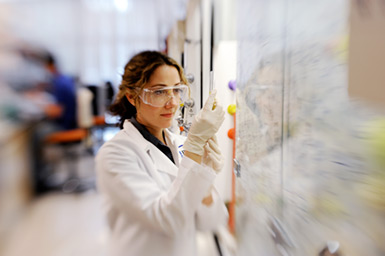 That Pardis develops algorithms to help scientists find new perspectives on their data is not surprising.  She accredits her immigrant background for giving her a broad perspective on the world.  The circumstances of her family’s immigration were not auspicious: Pardis and her family arrived when she was 2 years old, fleeing the Islamic Revolution of 1979, when a fundamentalist Islamic regime overthrew the Shah of Iran.  People of different religious affiliations, or with connections to the deposed government, were executed by the tens of thousands.  Pardis’ father had been a high-ranking official with the Shah’s administration, and the family emigrated to the U.S. as quickly as possible, arriving without jobs, possessions, or even a grasp of the English language.  Despite these beginnings, Pardis considers herself lucky to have been an immigrant: “It’s amazingly mind-expanding and also gives perspective,” Pardis says.  “I think I was very fortunate to be an immigrant.”

After graduating from high school in Florida, Pardis completed a bachelor’s degree in biology at MIT.  She then went on to earn a master’s degree in human biology and a doctorate in biological anthropology as a Rhodes Scholar at the University of Oxford, before completing medical school at Harvard as a Paul and Daisy Soros Fellow.  She is a World Economic Forum Young Global Leader, a PopTech Science Fellow, and National Geographic Emerging Explorer, to mention just a few of her many honors. Today she is an associate professor at Harvard University and a senior associate member at the Broad Institute.  And as if that weren’t enough to fill her days, Pardis is also the lead guitarist and singer of rock band Thousand Days, which has recorded four CDs and been played on more than 100 radio stations.