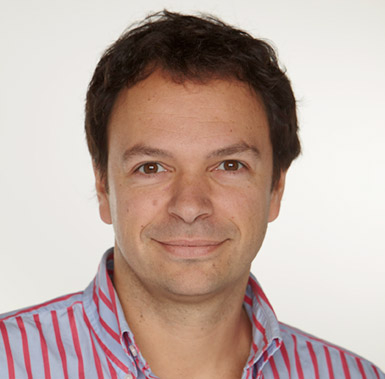 Spanish-born Antonio Giraldez is fascinated with beginnings.  Specifically, the developmental biologist and geneticist is intent on uncovering the molecular mechanisms that initiate the development of embryos after fertilization — the first step in the making of every animal.

In most animals, genetic information from both parents is combined to create a new and entirely unique DNA code for the offspring.  This fusion occurs during fertilization, prior to which the genome of the egg is silent — switched off, so to speak.  “Think of human development as a domino effect,” Antonio says.  “Upon fertilization, the genome is switched on by proteins that the mom deposits in the egg.  We try to understand how this domino is set in motion, identify that first domino piece and how it triggers the subsequent steps and decisions that will make different tissues and different cells in the body.” 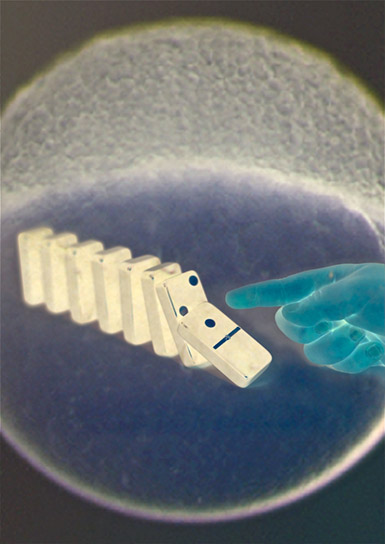 Besides elucidating this vital biological process, Antonio’s research has widespread implications for other fields of biomedical research, as well as for potential medical treatments.  Most plainly, this research could provide insight into possible treatments for birth defects and infertility.  More broadly, the study of fertilization is also the study of how cells become specialized.

This means that Antonio’s research could shed light on induced pluripotency, the process by which specialized stem cells are reprogrammed and brought back, essentially, to their embryonic state.  “There is a huge parallel between this process of reprogramming in vivo after fertilization, where evolution has optimized this process,” says Antonio, “to the process we are trying to replicate in vitro, trying to bring cells back to their primordial state.  The rules and the processes that are involved in the activation of the genome and embryonic development are likely to be involved in the things we are trying to do in the laboratory; indeed, we found that similar factors that switch on the genes after fertilization also reprogram cells in the laboratory.” 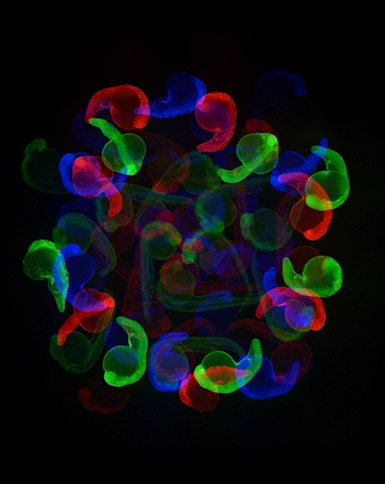 To uncover these mysteries, Antonio and his team at Yale University, where he is an associate professor in the Department of Genetics and Director of Graduate Studies, work extensively with Danio rerio — otherwise known as zebra fish.  “The book of life is one that is common to most organisms,” says Antonio.  “Zebra fish in particular are a vertebrate system, so it is quite closely related to humans, and it can tell us a lot about how vertebrates develop.”  Another benefit of studying zebra fish is that the eggs are fertilized externally, and their transparent shells are conducive for observation.  Antonio’s team experiments by injecting different chemicals and genes into the eggs, and observing the effects on the development of the fish.

Antonio’s own beginnings in science were marked by much enthusiasm, albeit with less success — at first.  Antonio started his experimentations at the early age of 8, with the help of his parents, who encouraged his scientific endeavors with a Little Chemist’s Set and petri dishes from the local vineyard where Antonio’s father worked.  “One example that I was quite excited about,” Antonio remembers, “was cultivating glycerol in a petri dish, which was absolutely fascinating — and impossible, because it’s a chemical compound and it’s not going to grow.”  The abundant bacteria and fungi on the petri dishes, however, did flourish, as did Antonio’s interest in biology.

Despite these false starts, Antonio’s experiments eventually took him to the University Autonoma of Madrid, where he completed a Bachelor of Science in chemistry.  His mentor, Gines Morata, was world-renowned for his studies of fly genetics, and the exciting research conducted there was Antonio’s first introduction to the field of developmental biology.

Antonio continued his investigations in fly genetics during his doctoral studies at the European Molecular Biology Laboratory (EMBL); there, Antonio investigated the molecular signals that generate positional instructions to a group of cells, which allow for the development of specialized tissues.  While these studies were in the context of a fly’s wings, these same signals play a role in human and mammalian development, as well as the development of other biological materials such as cancers and polyps.

Antonio has since won many honors, including being named a Pew Scholar in biomedical sciences, and receiving the Lois E. and Franklin H. Top Jr. Scholar Award from Yale University from 2007 through 2010.  Antonio was also named as the recipient of the John Kendrew Young Investigator Award from EMBL, and as a finalist for the New York Academy of Science Blavatnik Young Investigator Award.  Despite the long way Antonio has come from his early days of experimentation in Spain, it is clear that he has only just begun.