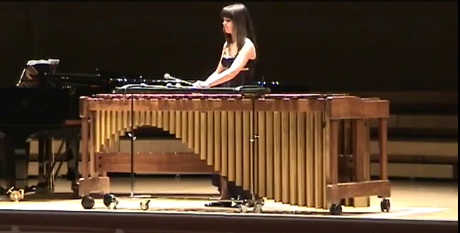 Congratulations to 17-year-old percussionist Marcelina Suchocka, Grand Prize Winner of Big Break, an online competition sponsored by From the Top and Carnegie Hall for America’s young classical musicians. Selected by the public from hundreds of entrants, Ms. Suchocka’s success earned her a spot on NPR’s “From the Top” national radio broadcast, to be taped Sunday, April 10, before a studio audience at the Jerome L. Greene Performance Space, funded by a $20,000 project grant from the Vilcek Foundation.  The radio episode will broadcast on Classical 105.9 FM WQXR and on more than 220 stations nationwide the week of May 16. Ms. Suchocka will also be participating in a Carnegie Hall Family Concert at Zankel Hall on April 9, 2011. 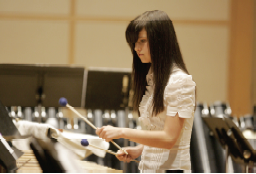 Born in Poland, Ms. Suchocka immigrated to the United States in the second grade and has since lived in Chicago, Illinois, where she is a senior at Whitney M. Young Magnet High School. A member of the Chicago Symphony Orchestra’s Percussion Scholarship Program, she also has won several Polish Radio Talent Shows in her area and the Polish National Alliance Performing Arts Award. Ms. Suchocka remains devoted to her cultural heritage and hopes to visit Poland next year. She is also a recipient of From the Top’s Jack Kent Cooke Young Artist Award for exceptional young musicians with financial need.

Photos courtesy of From the Top and Carnegie Hall.