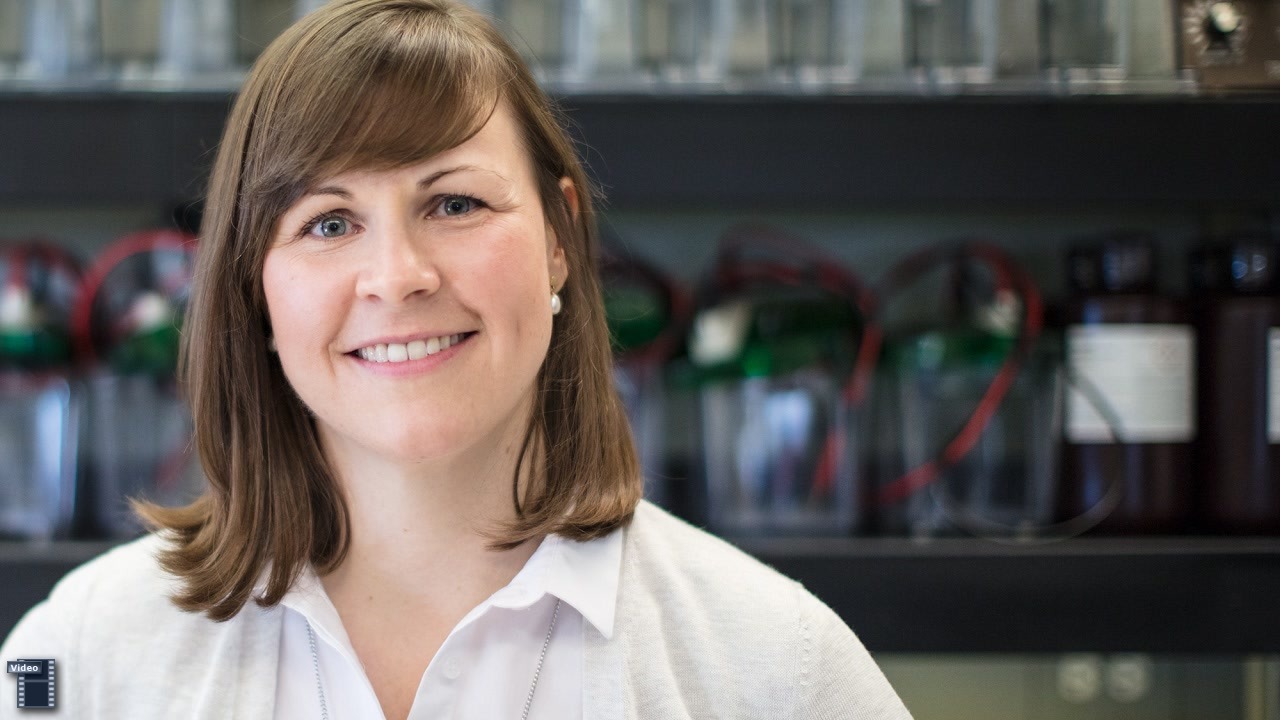 “Nowadays, the younger generation doesn’t find research in an academic setting very attractive,” says German-born Michaela Gack, winner of a 2017 Vilcek Prize for Creative Promise. “I hope that I can serve as a role model to younger scientists by showing them how rewarding research can be, that it is most creative and tremendously fun.”

Michaela herself has been captivated by research since she was in high school; then, she competed in Jugend forscht, a student research competition, and won at both the regional and national levels. During her undergraduate studies at the Friedrich Alexander University Erlangen-Nürnberg, she was enrolled in a program that allowed her to try out many different fields, such as physiology and immunology.

It wasn’t until Michaela dabbled in virology that her current fascination with research really blossomed—she was enthralled by viruses and the sophisticated mechanisms by which they manipulate the human immune system and other biological processes. “We know by now that practically all successful viral pathogens must block the human immune response in order to cause disease and make us sick in the end,” she says. During her doctoral studies at Harvard Medical School, Michaela set about unraveling just how viruses evaded the human immune response. It was an exciting time: The protein RIG-I was identified just a few months after she started at Harvard, and the field was abuzz with the discovery that the protein acted as a sensor that triggered an immune response. The actual mechanisms by which RIG-I alerted the immune system, however, were unknown until Michaela’s seminal research showed that an enzyme called TRIM25 tagged RIG-1 with proteins known as ubiquitin, and that once tagged, RIG-I triggers the production of antiviral defense molecules known as interferons.

Later, Michaela turned her focus to emerging viruses—ones like influenza, which can disappear and come back—and mosquito-borne viruses, like dengue, West Nile, and Zika, again trying to identify the precise steps by which viruses override the human immune system. Her research, however, is unique in that it examines both the human immune response as well as the strategies used by viruses to evade such responses. “We look at both sides of the coin,” she says.

With influenza, she found that the virus directly bound itself to TRIM25, stopping it from being able to trigger an immune response. With dengue and West Nile virus, she discovered that the viruses included a key protein, NS3, which blocked the 14-3-3 epsilon protein within human cells. 14-3-3 epsilon is a “partner protein” to RIG-I, responsible for transporting RIG-I to the right location inside the cell in order to initiate an immune response; when this partner protein is blocked by dengue and West Nile virus, RIG-I is effectively deactivated.

With those accomplishments under her belt, Michaela hopes to tackle persistent, tumor-causing viruses next—like herpesvirus and human papillomavirus, which infect once and then linger inside the body, sometimes for the rest of a person’s life. “These viruses must have extremely well-designed ways to block our immune system, because the human body can never eliminate these viruses,” she says. With this wealth of discovery, Michaela’s research holds much potential for future treatments. “In the next five to ten years, we could really use what we have learned about all of these viral immune evasion mechanisms and the molecular details of virus host interaction…for the development of new vaccines and for antiviral strategies,” she says.

Using her insight into dengue and West Nile, she has been able to create attenuated viruses, viruses that have been genetically modified in order to turn off their immune evasion methods. These attenuated viruses are unable to properly infect, but they do trigger a human immune response, opening the possibility of vaccines in the future. She also hopes that her work on mosquito-transmitted viruses could be used to design small molecules that would block host-virus interactions.

With such bright prospects, it’s easy to see why Michaela is so enthusiastic about scientific research; indeed, her excitement about the future of virology and its potential impact on human health is—forgive the pun—infectious.