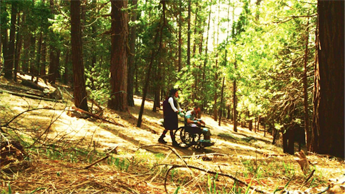 You won’t want to miss LIVING IN SEDUCED CIRCUMSTANCES, a visually striking film with many beautifully executed visual tricks. It is being screened tonight, October 18, at the HAWAII INTERNATIONAL FILM FESTIVAL.

The language of the film is Vietnamese, even though Mr. Gamazon wrote the script in English. Mr. Gamazon, who doesn’t speak Vietnamese, simply trusted in the amazing chemistry between the lead actors in the film to improvise their lines in Vietnamese, based on the English script.

Phuong Pham, Communications Coordinator at the Vilcek Foundation, sat down with the Filipino-born Mr. Gamazon to ask him about his experiences as an immigrant and filmmaker. Here’s what he had to say:

VF:  Tell us your immigration story.

IG: I was born in Manila, Philippines, in the early ’70s and came to the United States when I was very young. I don’t remember much about my childhood, but during the filming of my earlier film, Cavite, a flood of memories started coming back to me. Filming in the Philippines gave me a new perspective on life and film. I remembered living in poverty. I remembered the horrendous traffic in the midst of smog. I remembered carrying a hand bucket to grab drinking water from the nearest pipe well. All that is captured in the film.

One of the themes of Cavite is about finding yourself in a strange world. This theme got carried over to LIVING IN SEDUCED CIRCUMSTANCES, a film about a pregnant Vietnamese woman finding her way to the United States to find an ex-lover. There’s a bit of torture in the film, and it asks some dark, compelling questions about sins of the past. I find it fascinating that the film has many similar themes to Cavite, which I didn’t realize until after I finished editing it. It was basically my subconscious doing its thing—somehow, making the film for me.

VF: When and how did you start making films?

IG: I started making films in high school, using a VHS video recorder and two tape decks to edit. I made a lot of cheesy films, and I’m glad I got that out of the way very early in my film career. In some way, I feel that every filmmaker needs to learn the humility of making a bad film, in order for them to grow in their craft. I mean, my films weren’t extremely horrible. Just bad. But I learned a lot and I feel I’ve gotten better with each film, which is all I can ask for.

VF: What was the inspiration for LIVING IN SEDUCED CIRCUMSTANCES? Please share the unique process of making the film.

IG: The inspiration for the film was the visual idea of a very pregnant woman, carrying a bow and arrows on her back while wheeling a disabled man in a wheelchair in the middle of an isolated forest. From that simple idea I asked myself how these two characters got to this point in the story and where are they going to go.

Originally, I wanted two Asian American actors in the film, without any specific cultural background. But as I continued writing, I was inspired by stories from my wife and her parents about the struggles of Vietnamese people in the ’70s and ’80s. I couldn’t get them out of my head. So, as I continued to write the script, I wanted to integrate a historical aspect that would explain who these two characters are, and their motivations, in the film.

During the preproduction process, I knew I wanted Long Nguyen for the lead character. After having seen Journey from the Fall, I knew I didn’t want anyone else but Long. So I hunted him down. Without auditioning, he agreed [to play the part]. I knew he would bring magic to the character. The female lead in the film was a bit more of a challenge. [Producer] Quynn Ton had never acted before, and when I offered her the lead role, she thought I was nuts. I knew that, visually, Long and Quynn would look great together on-screen. And because I knew that Long would be able to nurture Quynn during the production, I wasn’t worried about her acting abilities. I pleaded again and again for Quynn to change her mind; and after a couple of months of begging, I was finally able to convince her.

Once the cast was locked, Long, Quynn, and I drove up to northern California and shot the film in five days. It was the quickest production I had ever done.