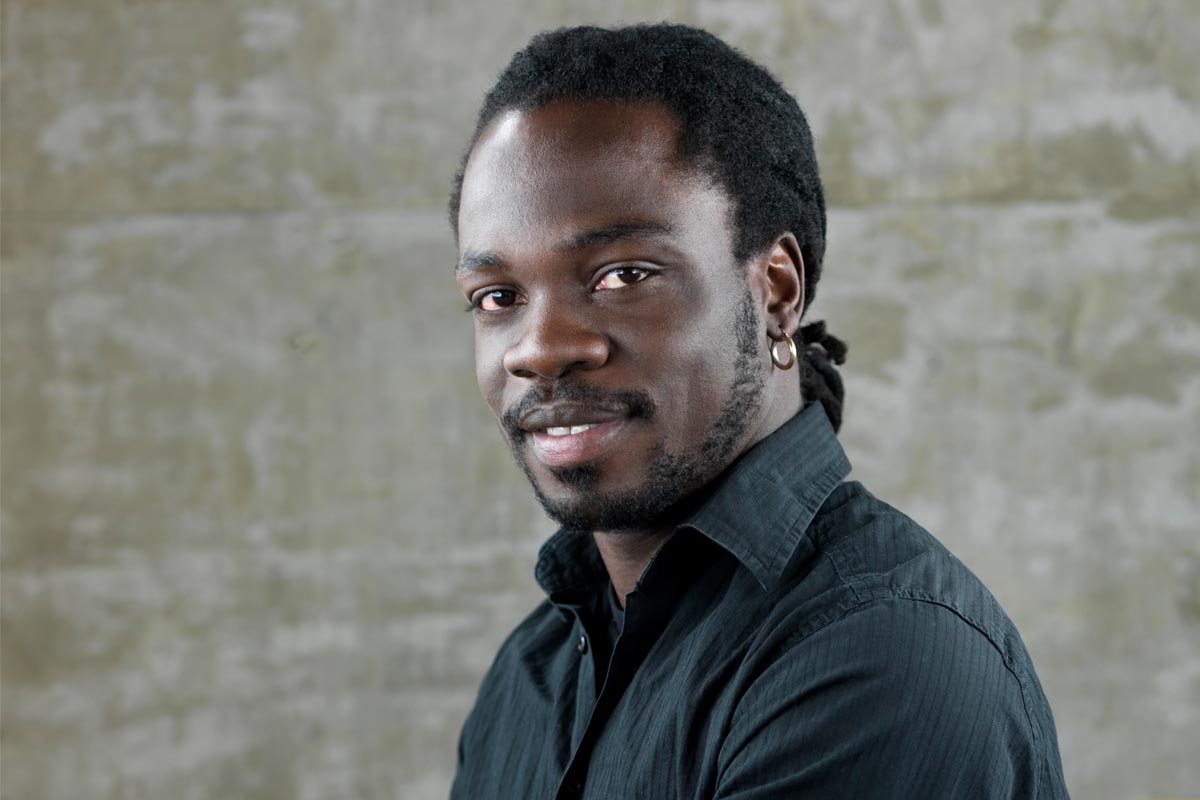 Contemporary artist Michel Kouakou is fluent in the language of dance on four continents — but his personal identity as a dancer is firmly rooted in Africa, the source of his earliest experiences with movement.

Born in Cote d’Ivoire, Kouakou’s first contact with dance came in the person of Werewere Liking, in the village of Ki Yi M’Bock village, in Abidjan. It was Liking, he says, who introduced him to the “spiritual dimension of a life through the arts” and gave him faith in the “unlimited potential of art.” He also studied acrobatics and marionette theater.

He had already won several prizes for dance in Abidjan when he began to study with his next mentor, Germaine Acogny, in Senegal. She directed him to a path along which he would be influenced and motivated by artists from all over the world, and is, in part, the reason he now considers himself a global artist. When, in 1999, war in Ivory Coast caused the destruction of arts facilities and institutions there, Kouakou traveled to Brussels, where he worked with choreographer Bud Blumenthal. In Japan, he encountered Butoh, and recognized the similarities between this movement form and the African traditions of “trance” dancing. Over time, he would also work with choreographers from Burkina Faso, Germany, Italy, and, ultimately, the United States.

In 2003, Kouakou joined the faculty at the Duncan Centre Conservatory in Prague, to teach modern dance for six months. That same year, he formed his own company, Daara Dance. He has performed all around the U.S. and has presented his work internationally, and also offers workshops and classes throughout Europe, Japan, and the United States.

Now based in Los Angeles, he plans to “maintain his footsteps” across the globe as he pursues his long-term goal of building an “artistic bridge” between his origins in Ivory Coast and the United States.

Mikhail Baryshnikov receives the Vilcek Prize in Dance for his distinguished work and legacy in advancing the field of dance through the production of large-scale, experimental works. Alice Gosti is an honoree for the Vilcek Prize for Creative Promise in Dance.